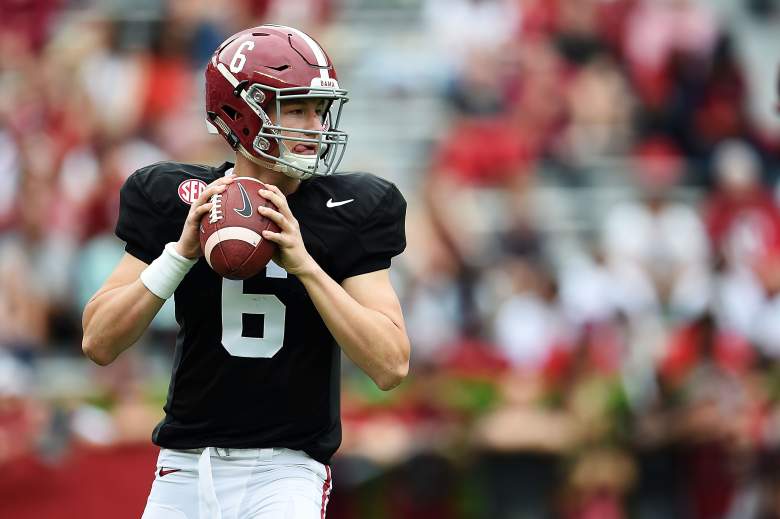 Just hours before the defending national champion Alabama Crimson Tide began their season against USC September 3, it was revealed that redshirt freshman Blake Barnett would get the start with redshirt junior Cooper Bateman and true freshman Jalen Hurts being his backups. A five-star prospect out of high school, that game could have been the start of a special career for Barnett. But that game, a 52-6 Alabama victory, included a change that essentially was the beginning of the end of Barnett’s time in Tuscaloosa.

True freshman Jalen Hurts replaced Barnett in the first quarter of that game, providing the Crimson Tide with the spark they needed offensively. He’s remained the starter since, and on Thursday it was reported that Barnett had withdrawn from classes and would be transferring. Here’s what you need to know about Barnett and his short time in Tuscaloosa.

1. Barnett was replaced by Hurts in the first quarter of the win over USC 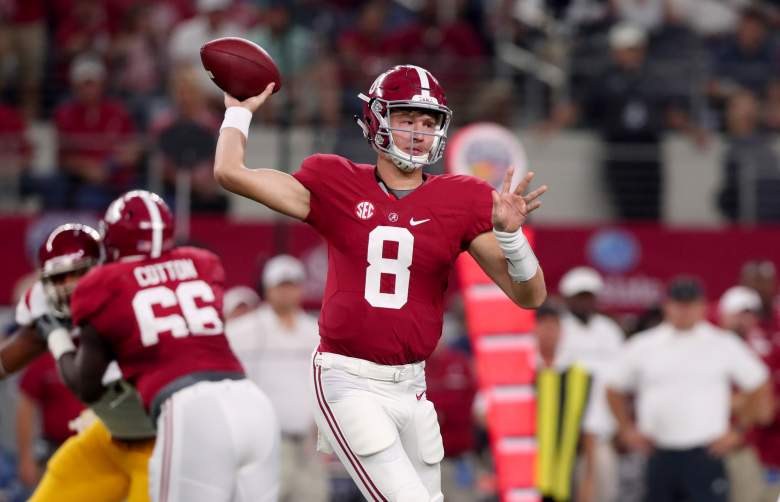 As noted above it was Barnett who made the start, with the fall camp quarterback battle perceived to be between he and Bateman with Hurts being in the periphery. But after struggling to get Alabama going offensively Barnett was replaced by Hurts as the start of the Crimson Tide’s third possession of the game. Both possessions led by Barnett ended in punts, with Alabama gaining a total of 14 yards.

Hurts’ first possession of the game didn’t get off to a good start either, as he fumbled on his first snap with USC recovering late in the first quarter. Nothing would come of the Trojans’ ensuing possession, with the Alabama defense forcing them to punt, and from that point forward Hurts was able to get rid of the first game jitters. Hurts finished the game with four total touchdowns, two passing and two rushing, completing six of his 11 passes for 118 yards and rushing for another 36 yards on nine attempts. Barnett, who returned to the game in the fourth quarter, completed five of his six pass attempts for 100 yards and a touchdown.

2. Barnett arrived in Tuscaloosa ranked as the top quarterback in the Class of 2015 by multiple scouting services 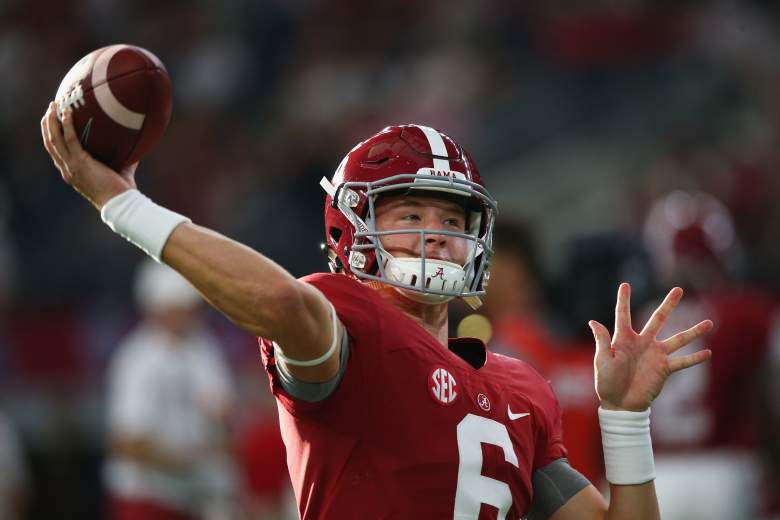 Barnett was the top-ranked QB in both ESPN and Rivals.com rankings (Getty)

Like Bateman, Barnett was an early enrollee as he arrived at the Capstone in January 2015 in order to participate in spring football. He was rated the top quarterback in his high school class by both ESPN.com (pocket passer) and Rivals.com (dual-threat), and at 6-foot-5 Barnett has the size to match the skill that resulted in his being named MVP of the Nike Elite 11 Quarterback Camp in the summer of 2014.

However those accolades weren’t enough to get Barnett into the mix for the starting job last season, with Jacob Coker winning the job in fall camp and Bateman earning the backup position. That resulted in his being redshirted in 2015, although Barnett did suit up for games. With Coker having exhausted his eligibility, Barnett is now being asked to lead the way for the defending national champions.

3. Barnett’s a native of Corona, California, where he attended Santiago High School 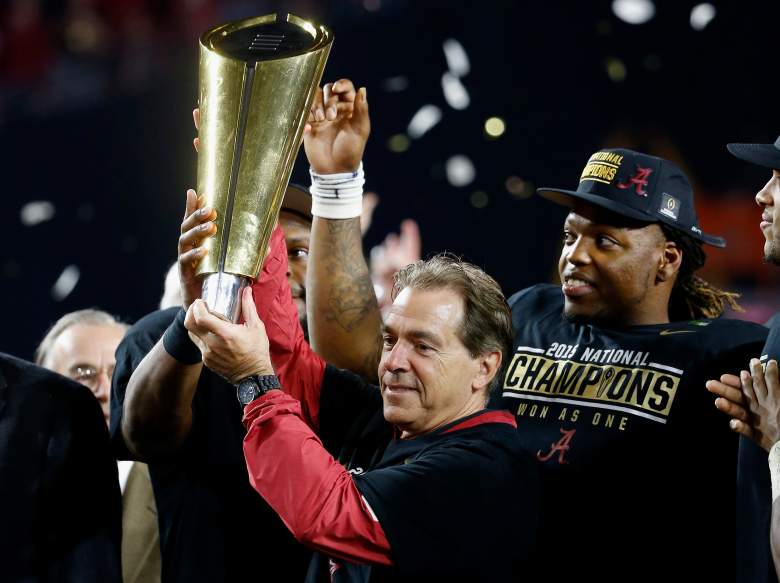 Nick Saban will once again turn to a first-year starter, as Jacob Coker led them to the title last season (Getty Images)

As a high school senior Barnett accounted for a total of 30 touchdowns, with 23 coming through the air and the other seven being rushing touchdowns. During that season he threw for just over 3,400 yards while also running for 472 yards. As a result he found himself on the receiving end of recruiting attention from many of the nation’s best college programs including Notre Dame, Oregon, UCLA, Arizona and Alabama.

As a junior Barnett accounted for 35 total touchdowns (22 passing, 13 rushing), and towards the end of that campaign he would make the first of his two college commitments. 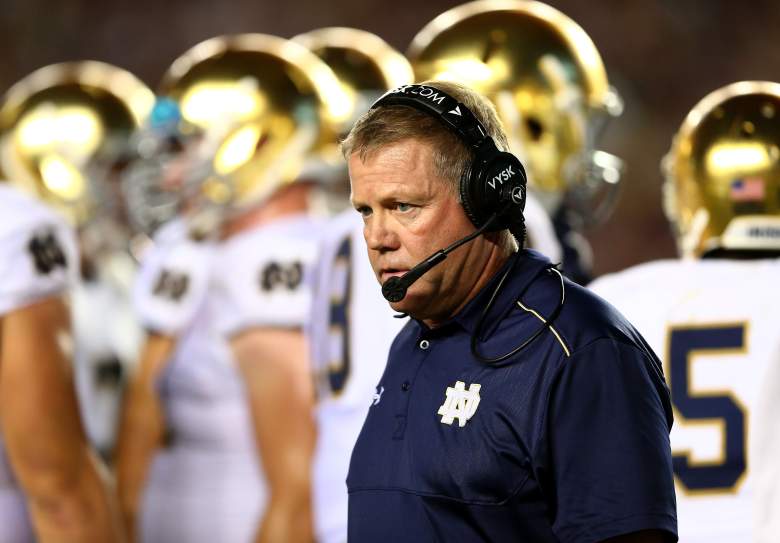 Barnett made his verbal pledge to Brian Kelly’s program in November 2013. But as is the case in college football recruiting, a lot can change between the day a recruit commits verbally and National Signing Day. Barnett decided shortly after making that decision that he wanted to visit other schools, ultimately committing to Alabama in June 2014.

“As time went on, it confirmed in my mind I made the wrong decision [to commit to Notre Dame],” Barnett told the Los Angeles Times following his switch to Alabama. “I realized that when I wanted to take visits to other schools.”

A native of Wildwood Crest, New Jersey, Peterson has been a professional surfer since she was 14 years old. In 2012 she was named to the PacSun 2012-13 USA Surf Team, resulting in her being homeschooled while also traveling six months out of the year in hopes of becoming a full-fledged professional. According to the Atlantic City Press, Peterson began surfing at the age of three. Peterson and Barnett got engaged in July, making the news public via social media. 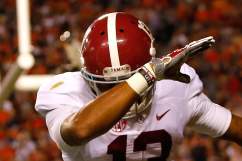 What Time & TV Channel Is the Alabama-USC Game on Tonight?