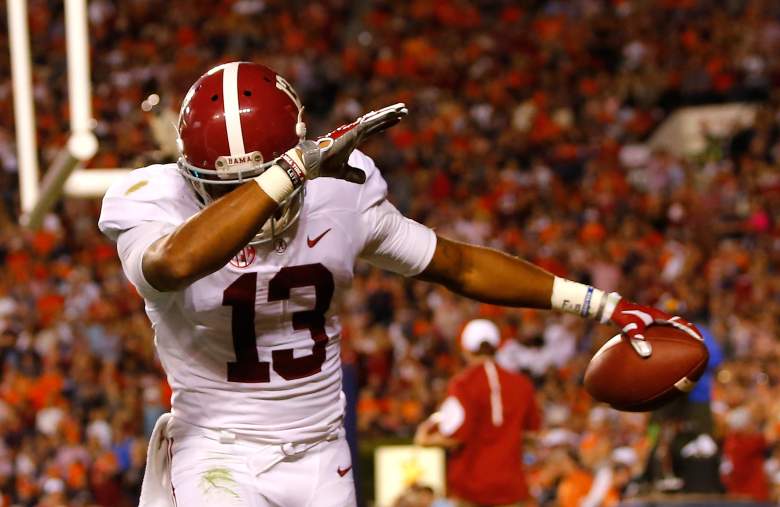 Alabama takes on USC to kick off the college football season. (Getty)

1 Alabama takes on 20 USC to begin the college football season. The game kicks off at 8 p.m. Eastern on ABC at AT&T Stadium. It is one of several opening weekend matchups featuring Top 25 opponents.

Here’s the details for tonight’s matchup.

Game Preview: Not only will the Alabama-USC game play an early role in the College Football Playoff race, but the game is filled with NFL prospects. Alabama enters the matchup as a heavy favorite and for good reason.

The Crimson Tide has one of the deepest wide receiver classes they have had in recent years. Their defense returns playmakers including defensive end Jonathan Allen, linebacker Reuben Foster and a bevy of other talented players.

USC hands over their offense to Max Browne. Browne came into USC as one of the top quarterback recruits in the country but found himself as the backup to Cody Kessler. With Kessler jumping to the NFL, Browne finally gets his opportunity but faces a difficult first test against the Alabama defense.