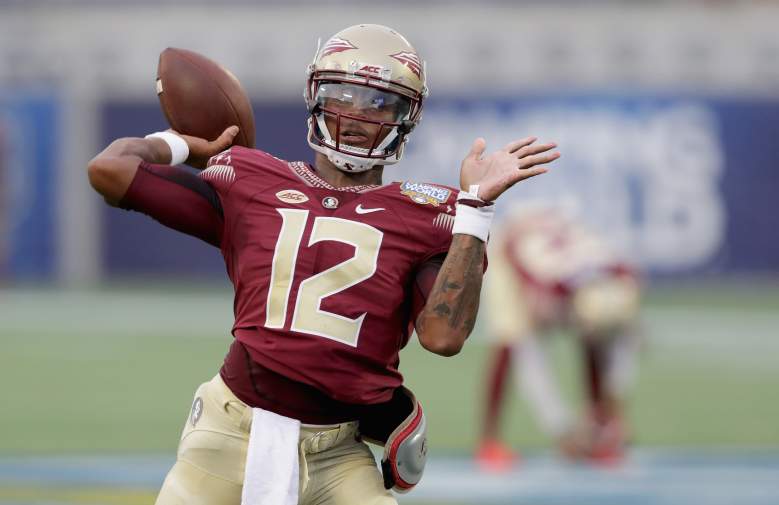 You can click here for the complete box score, and you can read on for highlights:

Francois had a tough time in the first half of his debut for the Seminoles on Monday. Florida State finally found the end zone with Francois’ first touchdown pass at the end of the second quarter. Francois connected with Travis Rudolph for a 16-yard touchdown and cut the Rebels lead to 28-13. The redshirt freshman took a hard hit as he stepped into the throw.

After a slow start, Francois got Florida State’s offense on a roll. Francois found Ryan Izzo in the back of the end zone for a 2-yard touchdown to increase the Seminoles lead to 36-28 with 4:12 left in the third quarter. At that point, Francois had notched over 300 yards passing.

Deondre Francois thanks the fans after his first career win with the @Seminoles. https://t.co/bRlfwg82PB

The Seminoles had a second-half surge led by Francois. He finished the game with 420 passing yards, which marks the second most ever by a Florida State freshman, trailing only Jameis Winston. Francois also used his legs–he ran for 59 on nine carries. Florida State’s offense picked apart the Rebels defense for a total of 582 total yards. The Noles overcame a 28-6 deficit with 33 unanswered points to ultimately take a 45-32 victory. The win marked Francois’ first college victory.

Francois is the first redshirt freshman to start a game for Florida State since Winston back in 2013. Francois received the opportunity to start as a result of Sean Maguire’s preseason injury. Maguire, who was 4-2 last season as FSU’s starting quarterback, broke a bone in his right foot on the second day of preseason practice on August 10. He is expected to be out four weeks, according to USA Today. 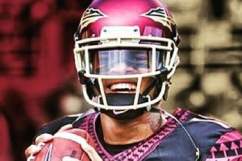