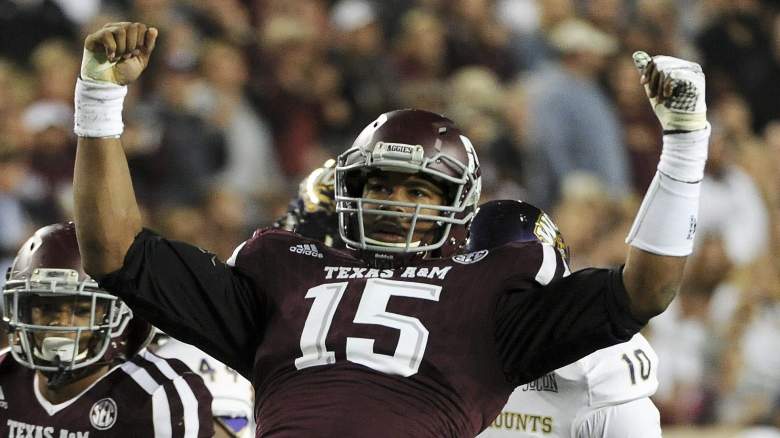 Texas A&M hosts UCLA at Kyle Field on Saturday in a matchup of coaches looking for a bounce back after mediocre seasons.

Jim Mora had the worst of his four seasons in Los Angeles as his Bruins dropped to 8-5 in 2015. Mora’s squad returns sophomore quarterback and Heisman hopeful Josh Rosen, who threw for 23 touchdowns, and an experienced defense. The Pac-12 media picked UCLA to win the conference’s South Division.

In College Station, Kevin Sumlin had his second-consecutive 8-5 season and can probably feel the proverbial seat getting warmer. Sumlin’s defense expects to be one of the better units in the country as they’re led by sophomore Myles Garrett, a havoc-wreaking defensive end who could be a top pick in the 2017 NFL Draft. TAMU was picked to finish fourth in the SEC West by the conference’s media members.

Saturday’s game is scheduled for 3:30 p.m. Eastern and will be televised by CBS.

Despite being No. 16 in the preseason Coaches Poll, UCLA is a 3-point underdog vs. the unranked Aggies, according to sportsbooks monitored by OddsShark. The Over/Under is set at 53.

Keep reading to see all the important game details, including betting information and prediction:

Can UCLA sophomore quarterback Josh Rosen figure out a stacked Texas A&M defense without his top weapons from last year on the road in an extremely tough environment? That’s going to be the key in this game. Rosen has a new offensive coordinator in Kennedy Polamalu after Noel Mazzone left for … wait for it … Texas A&M. Mazzone was the Bruins OC for 4 seasons, getting massive production from now-Packers backup QB and last season Rosen. You can bet Mazzone has filled the A&M defense in on Rosen’s tendencies. As for Mazzone, his quarterback in College Station is Trevor Knight, who transferred to A&M after losing his starting job to Baker Mayfield at Oklahoma. He’ll have to deal with a Bruins defense that is returning 9 starters and is familiar with a Mazzone-run offense. With defense likely taking center stage, I don’t see this game hitting the total of 53. And going against recent trends (ie. Texas A&M not covering the spread), I like the Aggies in a close one and to cover, if that line stays at the current 3 points. 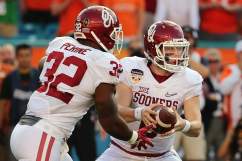