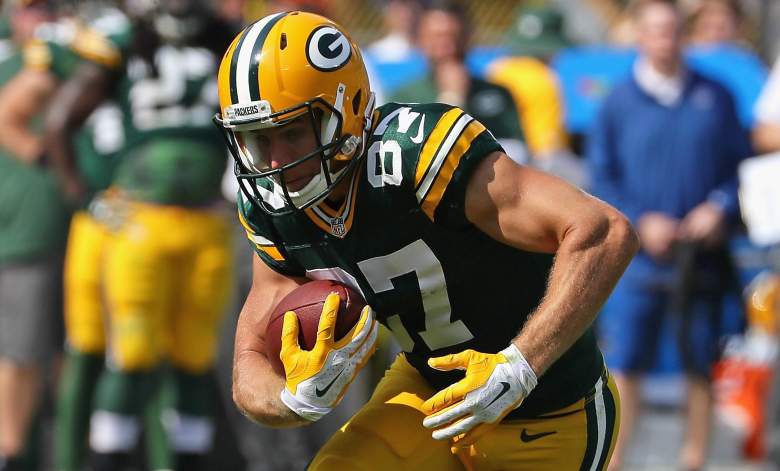 The Green Bay Packers improved to 3-1 behind a strong defensive performance in a 23-16 win over the New York Giants on Sunday Night Football.

The Packers outgained the Giants 406 to 219 and didn’t allow a touchdown until under 3 minutes left in the game, an 8 yard pass from Eli Manning to Odell Beckham Jr.

Aaron Rodgers threw two TD passes — one each to Jordy Nelson and Davante Adams — on 23 of 45 attempts. He had 299 yards and two interceptions.

The Packers took over half the first quarter time on a drive which culminated with a 2-yard touchdown pass from Aaron Rodgers to Jordy Nelson.

Beckham Jr. Caught his 1st TD of the Season

Eli Manning found Odell Beckham Jr. for an 8-yard touchdown late in the 4th quarter to close out the game’s scoring.

After scoring, Beckham made his way to the sideline and kissed the practice kicking net.

Two week ago he angrily hit the net and it bounced back and hit Beckham in the head.

Odell Beckham gave the Giant's kicking net a hug after scoring TD?Glad to see the two made up… pic.twitter.com/Ms8mtwXgE0

For the second NFL week in a row, the New York Giants are on primetime TV.

This week, they’ll be hoping for a better outcome.

New York visits Lambeau Field for a matchup against the Green Bay Packers on Sunday Night Football, a week after falling 24-10 to the Vikings in Minnesota.

Tonight’s kickoff is scheduled for 8:30 p.m. ET and will be televised by NBC.

In the game against the Vikings, Odell Beckham Jr. totaled a career-low 23 receiving yards (on 3 receptions) and picked up another unsportsmanlike conduct penalty. The Giants are hoping he and Eli Manning can take advantage of a banged-up Packers secondary early and often.

Green Bay is coming off a bye and will get a few starters back on defense, including Morgan Burnett, Clay Matthews and Datone Jones. All three missed Week 3’s game. Green Bay, though, will be without top cornerback Sam Shields, who is out again after suffering a concussion in the season-opener.

Click here to read the odds preview and prediction.

It's GAMEDAY. Who's ready to bring the noise!? ?#GetLoudLambeau pic.twitter.com/lLoYsPHZn5 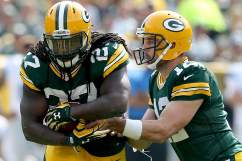 What Time & TV Channel is Packers vs. Giants Game on? 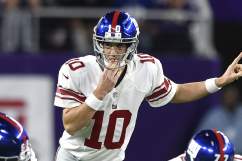 Packers vs. Giants Live Stream: How to Watch Online