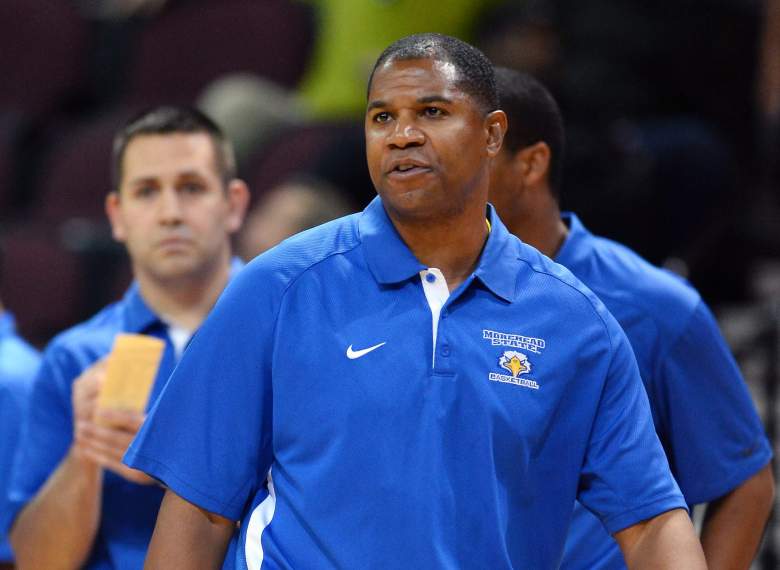 On November 22 the Morehead State athletic department announced that men’s basketball head coach Sean Woods has been suspended indefinitely with pay as a result of complaints made to the department. While Morehead State athletic director Brian Hutchinson did not elaborate on the nature of the complaints at the time, he did state that the department felt it necessary to suspend Woods until the completion of the investigation.

On December 15 it was announced that Woods was resigning from his position. This development comes two days after Woods was charged with misdemeanor battery, with players Malik Maitland and Soufiyane Diakite alleging that Woods hit them during and after a game against Evansville last month. Here’s what you need to know about where Morehead State goes from here, and Woods’ history in college basketball as both a coach and a player. 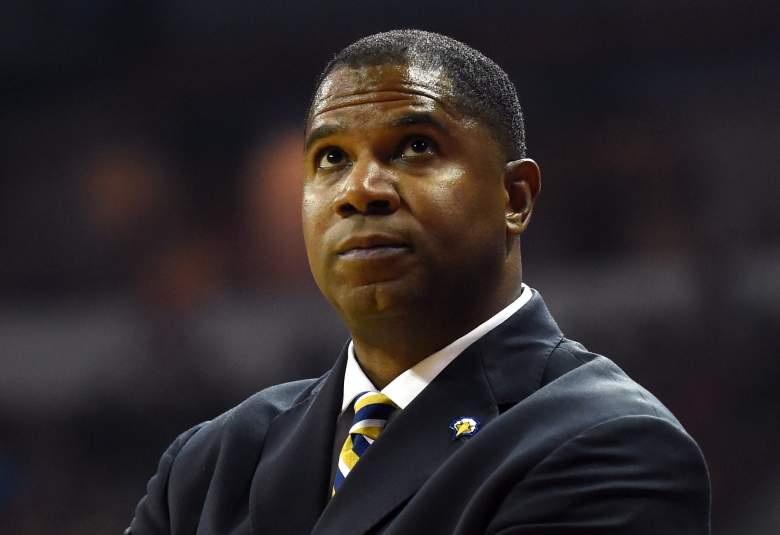 With Woods suspended indefinitely, Spradlin was named interim head coach until the completion of the investigation. He will now remain in that position for the remainder of the season. This is Spradlin’s third season on Woods’ staff at Morehead State, as he made the move over to MSU after spending five seasons at Kentucky. During his time at Kentucky, Spradlin spent two years as a graduate assists and three more as the assistant director of basketball operations.

“Assistant Coach Preston Spradlin will serve as head coach in the interim until the investigation is completed,” Hutchinson said in the release. “We have full confidence in Preston and his ability to lead our student-athletes both on and off the court. Since this is an ongoing process, we will be unable to comment further until this comes to a conclusion.”

2. This is the Second Time Morehead State Has Suspended Woods During His Tenure

According to a report by Kennedy Hardman of ABC 36 in Lexington, Kentucky, some players petitioned the NCAA arguing that they were being mistreated by Woods in hopes of being able to transfer to another school without having to sit out a season per NCAA transfer rules.

(2/2) and be able to play immediately. Morehead State has named Preston Spradlin as the intern HC. Sean Woods is suspended with pay.

The day before Woods resigned as head coach Edson Maitland, the father of Morehead State player Malik Maitland, told ESPN.com that Woods head-butted his son late last season. Per the report Woods immediately apologized and asked the younger Maitland for forgiveness, with Malik Maitland reporting the incident to a team trainer.

This isn’t the first time that Woods’ behavior has come under fire during his time at Morehead State. Woods was suspended for one game as a result of his actions during a game against Kentucky on November 21, 2012. Point guard Devon Atkinson fouled out of the game with just under six minutes remaining, with Woods berating him on the bench as a result. Atkinson was nearly in tears following the incident, with Woods putting his hand on the player at one point. It was the second time during the first month of the season that Woods was seen excoriating a player during a game.

“My behavior during Wednesday night’s game was inappropriate and unacceptable. I am truly sorry,” Woods said in the school release announcing his one-game suspension.

3. Woods Has Been the Head Coach at Morehead State Since 2012 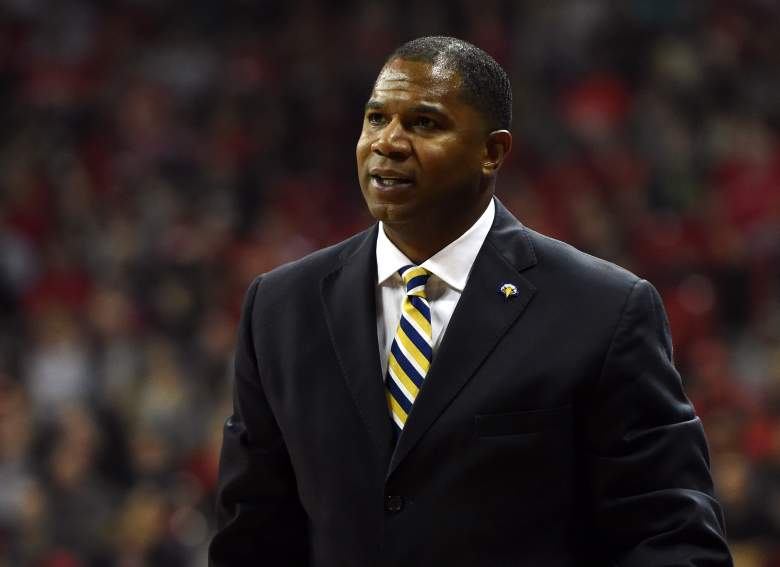 Woods during a game against UNLV in 2014 (Getty)

Woods was hired as Donnie Tyndall’s replacement as the head coach at Morehead State in May 2012, making the bold claim during his introductory press conference that he wanted to make the program “the Gonzaga of the south.” Part of that plan at the time was to schedule ambitiously, loading up the team’s non-conference schedule with games against high-level competition including his alma mater Kentucky. In four-plus seasons at Morehead State Woods has posted a record of 77 wins and 65 losses, with last season being the most productive.

In 2015-16 the Eagles finished with a 23-14 record, going 11-5 in Ohio Valley Conference play and finishing second behind Belmont in the conference’s East Division. After losing to UT-Martin in the semifinals of the OVC tournament Morehead State accepted an invitation to the College Basketball Invitational (CBI), an event they reached the finals of before losing to Nevada in the championship series. 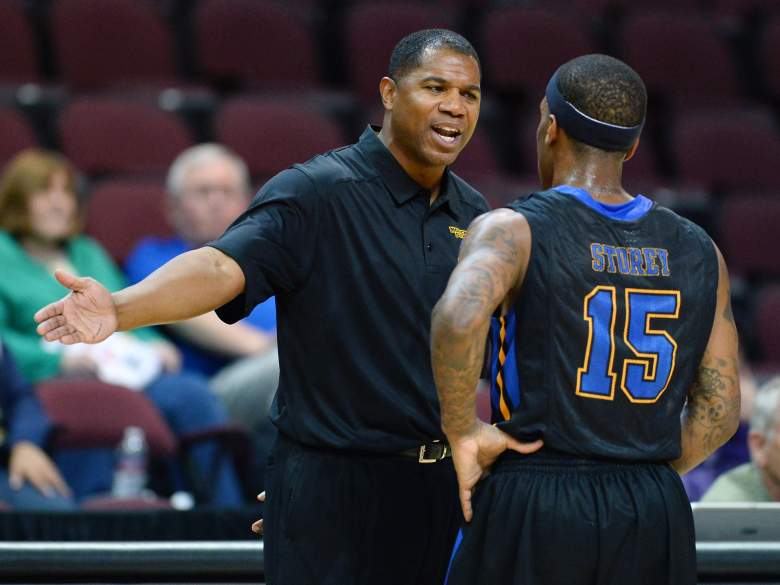 Prior to replacing Tyndall at Morehead State, Woods spent four seasons at Mississippi Valley State where he posted a record of 50 wins and 80 losses. In programs such as Mississippi Valley State, non-conference play includes a high number of “guarantee games,” contests in which a lesser team hits the road in exchange for a paycheck that provides the athletic department with the money needed to help balance the books.

Within the Southwestern Athletic Conference (SWAC), Woods during Mississippi Valley into a title contender that won the conference’s automatic NCAA tournament bid in 2012. MVSU won 21 games that season, the third consecutive season in which Woods’ teams improved on their win total from the season prior. MVSU went 17-1 in SWAC play in 2011-12, losing to Western Kentucky in a First Four matchup in Dayton, Ohio.

5. Woods Played His College Basketball at Kentucky From 1988-92

Woods was a known name in Kentucky well before he took the Morehead State job, thanks to his time as a player at the University of Kentucky. After four years of high school basketball in Indianapolis, Woods played four seasons at Kentucky from 1988-92. With the program hit hard by NCAA probation as a result of rules violations that occurred under then-head coach Eddie Sutton, Woods remained and became part of a senior class (Deron Feldhaus, Richie Farmer and John Pelphrey) that would be given the nickname “The Unforgettables.”

Coached by Rick Pitino, the 1991-92 Kentucky team won 29 games and reached the Elite Eight, where they played top seed and reigning national champion Duke. In one of the greatest games in college basketball history, Woods’ floater over Christian Laettner with 2.1 seconds remaining in overtime gave the Wildcats a 103-102 lead. But Laettner and the Blue Devils had the final word, as Laettner’s shot as time expired gave Duke the 104-103 victory. 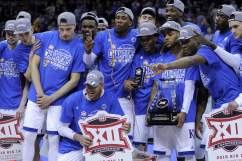