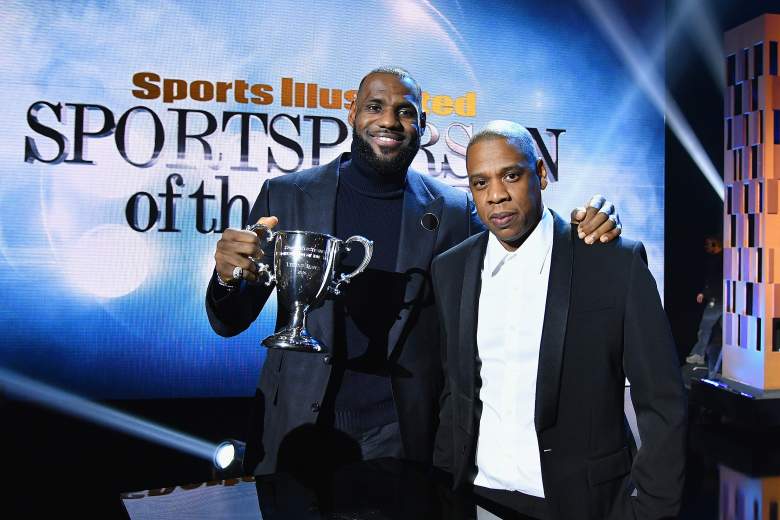 Monday night at the Barclays Center in Brooklyn, Cleveland Cavaliers forward LeBron James accepted the 2016 Sports Illustrated Sportsperson of the Year award. A number of factors went into James receiving the award, most especially his making good on the goal of delivering an NBA title to northeast Ohio. James has also been in the limelight for his involvement in causes away from the basketball court, most notably his LeBron James Foundation that aims to help the youth of his hometown of Akron, Ohio.

Below is video of James’ speech upon being introduced by longtime friend Jay Z, with James thanking many including his family, teammates and close friends.

LeBron James Accepts 2016 Sportsperson Of The Year Award | SPOTY 2016 | Sports IllustratedLeBron James was introduced by longtime friend Jay Z as he accepted the 2016 Sportsperson of the Year award. Subscribe to ►► http://po.st/SubscribeSI Follow the latest NFL news and highlights, with updates on your favorite team and players. Want to know what’s up with Russell Wilson, Cam Newton, Tom Brady and more? We’ve got you…2016-12-13T16:10:10.000Z

Jay Z’s introduction of his friend certainly raised some eyebrows at the Barclays Center, thanks to a not-so-subtle reference to comments made by New York Knicks team president Phil Jackson last month.

In an interview with Jackie MacMullan of ESPN.com last month, Jackson responded to a question about what separates Miami Heat president Pat Riley as one of the best coaches of their generation. Jackson made note of something he read about the change in communication between Riley and Dwyane Wade, who in July left the Heat to sign with the Chicago Bulls.

That led to the following exchange:

JM: It all started when LeBron left, right? Could you have ever imagined Earvin Johnson leaving Riley, or Michael Jordan leaving you?

PJ: It had to hurt when they lost LeBron. That was definitely a slap in the face. But there were a lot of little things that came out of that. When LeBron was playing with the Heat, they went to Cleveland and he wanted to spend the night. They don’t do overnights. Teams just don’t. So now (coach Erik) Spoelstra has to text Riley and say, ‘What do I do in this situation?’ And Pat, who has iron-fist rules, answers, ‘You are on the plane, you are with this team.’ You can’t hold up the whole team because you and your mom and your posse want to spend an extra night in Cleveland.

I always thought Pat had this really nice vibe with his guys. But something happened there where it broke down. I do know LeBron likes special treatment. He needs things his way.

In the aftermath of Jackson’s comments both James and business partner Maverick Carter expressed their displeasure with the use of the word “posse,” with Carter doing so both in an interview and via social media. James and Carter are two of the four men who make up the LRMR management company with Rich Paul and Randy Mims being the others.

Last week Jackson appeared on the CBS Sports Network show “We Need to Talk,” and while he didn’t want to go in depth on the matter he did say that he should not have been talking about another team’s player. 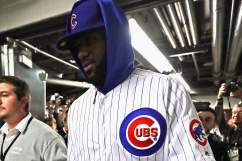