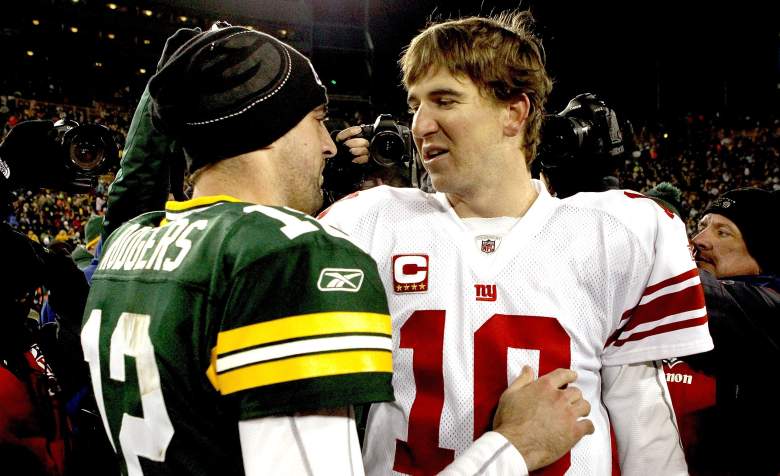 When the Green Bay Packers host the New York Giants on Sunday in a Wild-Card Playoff game, NFL fans will get the chance to see two quarterbacks who can sling the ball around the field with the best of them.

Green Bay’s Aaron Rodgers and New York’s Eli Manning are both Super Bowl MVPs and have amassed numbers which should put them in the Hall of Fame when their careers are done.

And Sunday, their teams will meet at Lambeau Field in the playoffs once again. Manning and Giants have knocked the Packers off twice recently in the postseason in Green Bay (2007-08, 2011-12) en route to Super Bowl titles. The game kicks off at 4:40 p.m. ET and it will be televised by FOX.

Manning came into the league in 2004 and became the starter in Week 11 that year. Rodgers was drafted in 2005, but sat behind Brett Favre until 2008, when he became the full-time starter. Manning has yet to miss a game since taking over, Rodgers less than 10.

Because of their durability both QBs have been able to pile up the victories and numbers. So how do their careers stack up against each other? Keep reading below to see some of the important stats, including career wins, touchdowns, interceptions and yards.

Stephen A. says Eli Manning's inconsistent play this season is cause for concern in the playoffs. pic.twitter.com/kXs4H9buoe

Who can slow down Aaron Rodgers and the @packers in Lambeau? 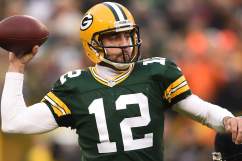