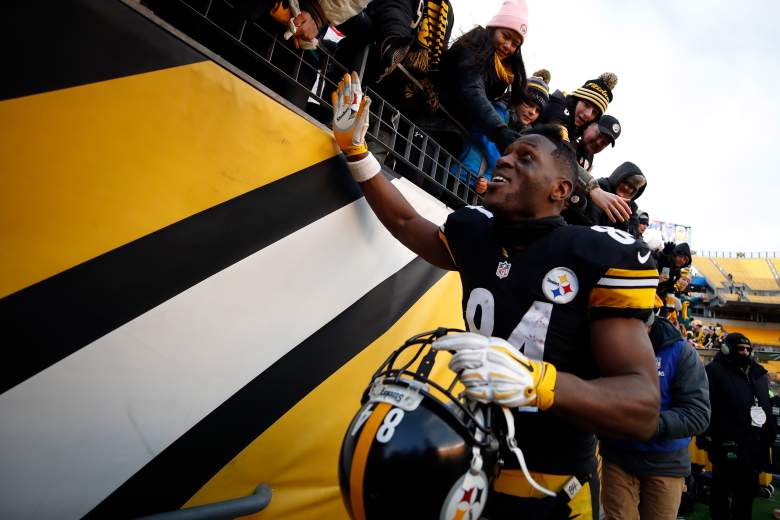 Pittsburgh Steelers wide receiver Antonio Brown could be in more trouble than just facing discipline from the franchise. In fact, his deal with Facebook, which has been reported by several sources, could land him some discipline from the National Football League.

It’s unknown whether Brown’s launching of a Facebook Live video after last week’s divisional playoff victory over the Kansas City Chiefs was part of Brown’s contract with Facebook, as Brown has kept the deal “top secret.” If Brown was paid specifically to broadcast videos from the team locker room right after the completion of games, that could be a violation of the league’s social media policy.

While the NFL did relax its social media policies last December to allow teams to broadcast post-game video immediately after the conclusion of games, that new latitude to use social media applies to official team channels only, not individual players. Brown was using his personal Facebook account, and not broadcasting from the official Steelers account. There is another matter that could bring the NFL’s scrutiny upon Brown as well.

Part of the reason why the NFL has been hesitant to give teams free reign to use Facebook Live at their discretion is the primary concern of most business deals; the money. As Facebook has handed out contracts which compensate other companies and individuals to broadcast Facebook Live videos, such as Seattle Seahawks quarterback Russell Wilson, the NFL has yet to join that list. Obviously, it’s in the best interest of the league to black out Facebook Live videos until the league can get some revenue in exchange for its content, like the deal that the NFL has with Twitter. If Facebook can simply sign individual deals with the NFL’s top players as individuals, that leaves the NFL out of the revenue equation.

There is also another issue that is potentially a point of contention between Brown and the Steelers. It’s as of yet unknown whether or not Pittsburgh knew about Brown’s deal with Facebook prior to his airing the video in question. While having a deal to broadcast Facebook Live videos isn’t a violation of league endorsement policies in general, much of this issue depends on the language of Brown’s contract with the Steelers. If his contract includes language which dictates that he provide disclosure of all endorsements and Brown failed to do so, he obviously could face discipline on that front.

At the very least, this will force the NFL to examine and clarify its policies on social media use for individual players. If the league determines that Brown violated the league’s social media policy for players or the Steelers find that Brown breached the terms of his contract, Brown could be facing some tangible discipline as well.