Antonio Brown brought the one thing to the Steelers that Mike Tomlin didn’t want heading into the AFC Championship.

Antonio Brown went to Facebook Live to celebrate his team’s Divisional Round win in Kansas City, unknowingly broadcasting his coaches’ post-game speech. Tomlin was talking about the challenge of heading to New England, and, ironically, staying off of social media. Tomlin was not happy with Brown’s actions.

It is unknown if Brown was paid to broadcast the video, although he did ink a deal to broadcast videos for Facebook Live in 2016. Facebook paid millions to heavy hitters in social media, and Brown and Russell Wilson both signed deals. Brown reportedly received as much as $225,000 to post multiple broadcasts. 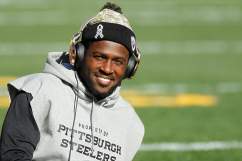