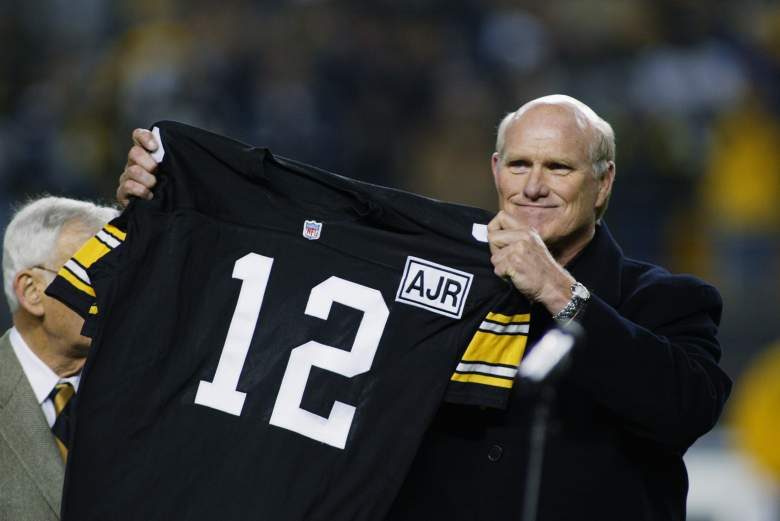 The Pittsburgh Steelers have returned to the AFC Championship Game, hoping to pull off a road win over the New England Patriots and reach Super Bowl 51. A large part of whether or not that will happen depends on the play of Pittsburgh’s quarterback, Ben Roethlisberger.

In Roethlisberger’s time with the Steelers, he has led them to tremendous success. The franchise has enjoyed similar success in its past, however, with another signal-caller, Terry Bradshaw. Which of the two quarterbacks was more successful with Pittsburgh? Keep reading to find out.

Bradshaw spent the entirety of his 14-year National Football League career in Pittsburgh, spanning from the 1970-71 season through the 1983-84 campaign.

During Bradshaw’s tenure, the Steelers recorded only two losing seasons, qualified for the playoffs 10 times and secured eight division titles. Those division titles included a run of six consecutive starting in the 1974-75 season.

Bradshaw also played in 19 postseason games for Pittsburgh, starting all of them, and winning 14 of them for a winning percentage of .737 in the playoffs and Super Bowl. With Bradshaw under center, Pittsburgh reached the AFC Championship Game six times, winning four of those contests. Bradshaw then led the Steelers to wins in all four of the Super Bowls he played in: IX over the Minnesota Vikings 16-6 on January 12, 1975; X over the Dallas Cowboys 27-17 on January 18, 1976; XIII in a re-match of X over the Cowboys 35-31 on January 21, 1979 and finally XIV over the Los Angeles Rams 31-19 on January 20, 1980. Bradshaw was the Super Bowl MVP in both Super Bowl XIII and Super Bowl XIV.

In the postseason, Bradshaw completed 261 of 456 pass attempts (57 percent completion) for 3,833 yards and 30 touchdowns with 26 interceptions.

After Bradshaw retired, there was a string of seven different quarterbacks who led Pittsburgh in passing for at least one season between him and Roethlisberger’s entrance in 2004. Now that Roethlisberger has had ample time to demonstrate his abilities, fans can compare the two quarterbacks.

Roethlisberger has appeared in 185 regular season games, starting 183 of them, over 13 seasons for the Steelers. Pittsburgh has won 124 of those contests, giving Big Ben a regular-season winning percentage of .670. The Steelers have yet to record a losing season with Roethlisberger under center, and have qualified for the playoffs eight times during this span. Roethlisberger has led Pittsburgh to six AFC North titles during his time as its quarterback.

Roethlisberger has appeared in an identical 19 playoff games going into play on Sunday, winning 13 of them and thus has a chance to tie Bradshaw in playoff victories in Gillette Stadium against New England. In those 19 games, Roethlisberger has thrown for 4,473 yards on 354-571 passing (62 percent completion) but his TD-to-INT ratio worsens to 24-22 in postseason games.

Roethlisberger’s postseason stats have been a big part of what has led to the Steelers’ success in the playoffs. Roethlisberger has taken Pittsburgh to the AFC Championship Game five times now in his career, winning three of his previous contests. The Steelers are 2-1 in Super Bowls with Roethlisberger: winning XL 21-10 over the Seattle Seahawks on February 5, 2006; winning XLIII 27-23 over the Arizona Cardinals on February 1, 2009 and losing XLV to the Green Bay Packers 31-25 on February 6, 2011.

While Roethlisberger has far surpassed Bradshaw already in passing statistics, it must be remembered that Bradshaw played during a different era of the NFL in which the running game was far more vital to a team’s offensive success. The same can be said about the disparity between the rushing statistics for both quarterbacks.

Bradshaw still has the edge over Roethlisberger in both Super Bowl appearances and victories, although Roethlisberger could reach his fourth Super Bowl with a win over the Patriots on Sunday. In addition, Bradshaw won back-to-back Super Bowls twice, a claim that few others in NFL history can make.