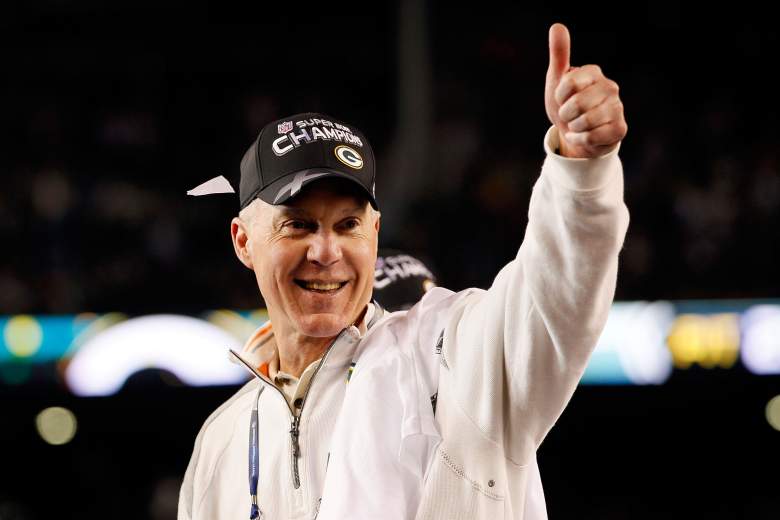 Putting together a roster that will carry a team to a conference championship game in the NFL is no simple task, employing a staff of hundreds and utilizing data along with opinions from a myriad of sources. Most franchises fail to accomplish that task on an annual basis, as only four out of 32 National Football League teams reach the conference championship games each season.

The Green Bay Packers have spent years building their current team, partially through free agency but primarily through the draft. Because of this success that originally began with selecting quarterback Aaron Rodgers out of California with the 24th overall pick in 2005, Packers fans can now look back on the last few Green Bay drafts fondly, especially if the team should defend defeat the Atlanta Falcons on their home field on Sunday and reach Super Bowl 51.

Green Bay Packers Jordy Nelson Draft Day FlashbackMelissa Mahler spoke with Green Bay Packers standout Jordy Nelson about his memories on the day it all began – Draft Day.2014-04-21T01:34:11.000Z
Next to Rodgers, it could be said that there’s been no more important draft selection for this Packers team than the first player that Green Bay selected in 2008.

With the 36th overall pick that year, the Packers took Jordy Nelson, wide receiver out of Kansas State. All he has done since then is 497 catches for 7,366 yards and 63 touchdowns. While none of the rest of the members of that draft are still with Green Bay, Nelson proved to be a steal out of the second round in 2008.

Green Bay made USC linebacker Clay Matthews its second pick of the first round (26th overall) and Eastern Michigan offensive tackle T.J. Lang its fourth round pick (109th overall). Defensive tackle B.J. Raji, who was a major contributor to the Packers’ last Super Bowl victory in the 2010-11 season but is no longer with the team, was the Packers’ first selection this year (ninth overall out of Boston College).

NFL Draft Recap – Bryan BulagaIowa OL Bryan Bulaga was selected in the 1st round with the 23rd overall pick by the Green Bay Packers–The 2010 NFL Draft was the best in Hawkeye history! Iowa's 6 draft picks led the Big Ten & ranked tied for 3rd most in the NCAA. Since 2002, 75 of 82 senior starters have either…2010-04-30T20:55:13.000Z
Green Bay continued building its stellar offensive line in this draft, adding tackle Bryan Bulaga (23rd overall out of Iowa) with its first pick. Safety Morgan Burnett (third round, 71st overall out of Georgia Tech) and running back James Starks (sixth round, 193rd overall out of Buffalo were also part of this draft.

Green Bay picked up the player who is now Nelson’s bookend, wide receiver Randall Cobb out of Kentucky with the 64th overall selection in this year’s draft. Like Nelson, Cobb has shined on the field for the Packers, amassing 4,823 yards from scrimmage and 35 touchdowns on 416 touches so far in his career.

Green Bay Packers Draft Grade | Is Nick Perry a good fit?The Packers drafted Nick Perry to play LB opposite Clay Matthews. He's a talented body to fill the role, but is the 270-pound Perry the right fit for the position?2012-05-07T17:49:35.000Z
As a group, this year’s draft has been more of a success in terms of helping Green Bay this season than the 2011 draft class has been.

The Packers’ first pick this year, defensive end/linebacker Nick Perry (first round, 28th overall out of USC) and their fourth pick, defensive tackle Mike Daniels (fourth round, 132nd overall out of Iowa) were important part of the Green Bay defense this season.

Running back Eddie Lacy (second round, 61st pick out of Alabama) and defensive back Micah Hyde (fifth round, 159th overall out of Iowa) have proven to be stars for Green Bay on their respective sides of the ball.

2015 NFL Draft Rd 1 Pk 30 | Green Bay Packers Select DB Damarious RandallThe Green Bay Packers Select S/CB Damarious Randall from Arizona State University with the 30th overall selection in the 2015 NFL Draft. Video courtesy of ESPN.2016-04-12T18:42:21.000Z
No team can enjoy the success that Green Bay has this season without the contributions of several depth pieces on its roster, and this draft is all about depth.

All but one of the eight members of this draft class (sixth-round pick tight end Kennard Backman) are still Packers, and have all gotten into at least four games this season. Wide receiver Ty Montgomery (third round, 94th overall out of Stanford), fullback Aaron Ripkowski (sixth round, 206th overall out of Oklahoma), cornerback Quinten Rollins (second round, 62nd overall out of Miami Ohio) and linebacker Jake Ryan (fourth round, 129th overall out of Michigan) have seen the most action this year.

2016 NFL Draft Rd 1 Pk 27 | Green Bay Packers Select DT Kenny ClarkThe Green Bay Packers select UCLA DT Kenny Clark with the 27th overall selection in the 2016 NFL Draft. video property of the nfl and nfl.com. all rights reserved by the nfl and nfl.com.2016-04-29T22:11:15.000Z
Offensive tackle Kyle Murphy (sixth round, 200th overall out of Stanford) has seen the least amount of playing time out of Green Bay’s current class of rookies, getting into only three games during the regular season.

In total, all but four of the players who are currently listed as starters for the Packers were drafted by Green Bay. It’s that kind of success that will not only allow the Packers to enjoy a successful season in the present, but if replicated, for years to come as well.

Read More
Green Bay Packers, NFL, NFL playoffs
The Green Bay Packers have had a lot of success with their recent drafts, building the roster that now has the franchise a win away from Super Bowl 51.