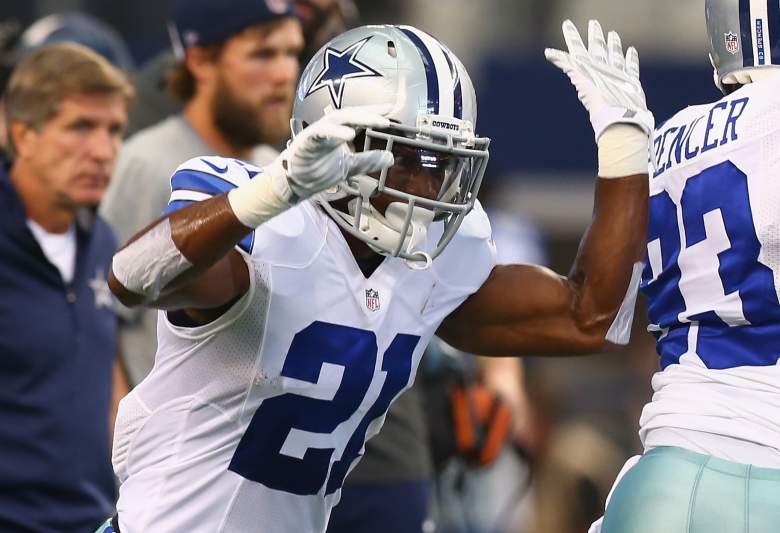 Randle, 25, is accused of making a criminal threat toward a law enforcement officer, interference with an officer, and aggravated battery. He has entered a plea of not guilty on all three charges.

The aggravated battery and interference with an officer charges stem from the same incident, which occurred in February of 2016. According to Amy Renee Leiker of The Wichita Eagle, eyewitness testimony at the hearing regarding these charges state that Randle became angry over a game of beer pong at a party, and when the man he was arguing with used a racial slur aimed at him, he temporarily left the party.

The testimony went on to say that Randle returned even more belligerent and the party’s host, Loy Alexander of Wichita, attempted to force Randle to leave. Outside of Alexander’s home, Randle entered his car and hit Alexander with the car. A few moments later after initially driving off, Randle returned with his 2015 Honda Accord to strike Alexander again along with his sister.

The charge of interference against an officer came about in March of 2016, when officers attempted to serve Randle with a felony arrest warrant. The officers stated that he attempted to run from them.

The allegation of making a criminal threat toward a law enforcement officer came in May of 2016, when a Sedgwick County, Kansas sheriff’s deputy says that Randle threatened to kill him while in custody. There was some initial questioning as to whether Randle could be charged for his threat, as he was in solitary confinement at the time and made the threat over an intercom. The defense for Randle argued that Randle didn’t have the ability to make good on his threats because of his confinements and that threats made over an intercom aren’t viable according to the Kansas law, but District Judge Joe Kisner found enough evidence to charge Randle with that felony as well.

This isn’t the first brush with the law that Randle had during his two-season NFL career. In October of 2014, Randle was arrested for shoplifting from a Dillard’s store in Frisco, Texas. He was charged with a misdemeanor and fined by the Dallas Cowboys, the team he spent his NFL career with.

In January of 2015, Randle was cited by Wichita police for possession of marijuana as a result of an incident that occurred in a hotel in the city. Randle and his ex-girlfriend and mother of Randle’s two children Dalia Jacobs made a 911 call stating that Randle was “out of control.” Upon arriving to the scene, police discovered a “green botanical substance” in Randle’s possession but dropped the charge. Jacobs filed for a protective order against Randle, which she was granted. Randle was not hit with any domestic-violence related charges, however.

Randle entered the 2015-16 season as Dallas’ starter at running back, after the team declined to resign DeMarco Murray in the previous off-season. Randle strained his oblique in an October game against the New York Giants that season, and has yet to see action in an NFL game since, as the Cowboys released him in November of 2015. Although NFL officials did meet with Randle over his incident with Jacobs, he was never disciplined by the league and Dallas maintained that his release was not due to the fact that he was facing potential league discipline.

If convicted of all three felonies, Randle could face up to three decades of prison time if the sentencing judge takes Randle’s criminal history into account. 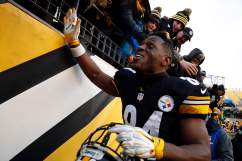