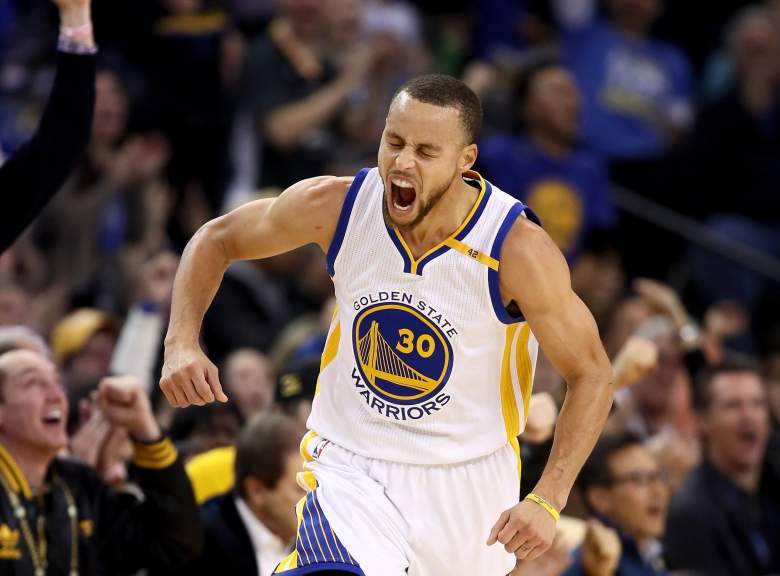 Wednesday night at 10:30 p.m. Eastern, the Oklahoma City Thunder and Golden State Warriors meet for the second time this season. Given the connection the two teams share, with forward Kevin Durant making the move from Oklahoma City to the Bay Area last summer, the game is bound to receive attention not only on the court by from a betting standpoint.

Golden State is just 18-22-1 against the spread this season, and in home games they have a record of 11 wins and 11 defeats. One of the 11 home wins ATS was their 122-96 win over the Thunder on November 3, and the Warriors have won two straight ATS after going through a stretch of six consecutive defeats.

The point total has gone UNDER in 22 of Golden State’s 41 games this season, including three of their last four. While some may be surprised by that given Golden State’s offensive weapons, including Durant, Stephen Curry, Klay Thompson and Draymond Green, they’re also the NBA’s best defensive team from an efficiency standpoint. While opponents will in most instances play the higher tempo the Warriors prefer, those teams don’t score at the same clip which impacts the point total betting results.

As for Oklahoma City, the Thunder are 25-18 straight up and 23-20 against the spread this season. Billy Donovan’s team is 5-2 ATS in its last seven games, but on the road they’re 10-12 ATS this season (2-5 ATS in their last seven road games). The point total has gone OVER in five of Oklahoma City’s last eight games, which includes their last two. With Russell Westbrook leading the way, the Thunder are ranked 10th in scoring offense and 14th in offensive rating.

They’re a top ten team defensively from an efficiency standpoint, ranking ninth in defensive rating, but the Thunder are allowing 105.2 points per game (19th in the NBA).

OddsShark predicts a final score of 117-104 in favor of the Warriors, which would miss both the point spread and point total numbers on the sports books.

Prediction: Golden State -13.5 with the OVER. Klay Thompson is listed as questionable due to a family matter, but even if he were unable to go the Warriors have enough firepower to do what the sports books project them to do. 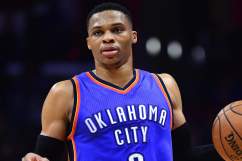