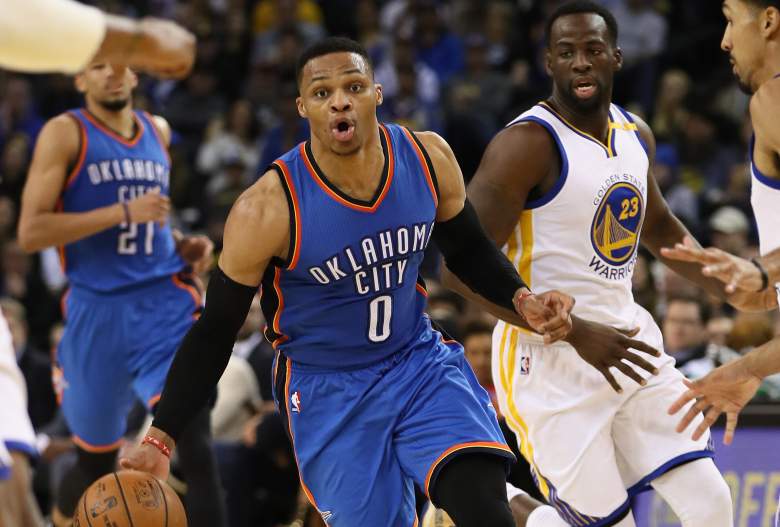 While the rules of basketball mandate that a player be allowed no more than two steps with the ball in their grasp, mistakes can be made. That was the case in the third quarter of Oklahoma City’s game against Golden State, with point guard Russell Westbrook taking multiple steps with the ball before finally beginning to dribble down the court.

Unfortunately for Westbrook the official didn’t lose track of his steps, calling the MVP candidate for a traveling violation. And there’s a good chance that he’ll wind up on Shaquille O’Neal’s “Shaqtin’ a Fool” highlight montage as a result of that mistake.

Westbrook managed to tally his NBA-best 21st triple-double of the season before the end of the third quarter, but those nights have become routine for him at this point.

Other players have been a bit more fortunate than Westbrook when it comes to getting away with taking too many steps, as seen in the videos below. 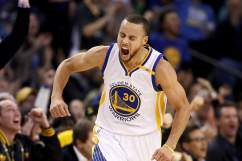 Read More
Basketball, NBA, Russell Westbrook
Russell Westbrook took a few too many steps during a play in the third quarter of Oklahoma City's game against Golden State Wednesday night.