An estimated 189 million Americans will be watching the game tonight. According to Prosper Insights and Analytics, 17.7% of adults say that advertisements are the most important part of the Super Bowl, and in recent years, the cost of a 30 second commercial has risen to $5 million. According to Business Insider, 84 Lumber dished out an estimated $15 million for their 90 second ad for its Super Bowl debut. The first half of the ad was cancelled by FOX, however, for being “too political.” Audi’s ad has also been the source of criticism, as it deals with the subject of gender equality.

This evening’s game features both funny and serious ads, and as usual, a lot of celebrities will be part of the fun, like Melissa McCarthy, Justin Bieber, Justin Timerblake, Adam Driver, John Malkovich, Lady Gaga, and more. 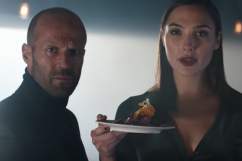