Hyundai brought things to a whole new level this year by filming a live commercial for the first time ever.

The 90-second ad was referred to as a “documentary” and was filmed during the Super Bowl in real time, and aired in the post-gun slot (the first break after the game before the trophy is handed out to the winning team.)

This was Hyundai’s ninth appearance at the Super Bowl, and their ad was directed by Peter Berg, Film 45, and shot, edited, and produced by Pony Show Entertainment. Berg is famous for directing a number of notable TV shows and movies, like Hancock, Deepwater Horizon and most recently, Patriots Day. Berg also developed Friday Night Lights, for which he earned two Primetime Emmy Award nominations.

Dean Evans, the chief marketing officer for Hyundai Motor America, told Auto Week, “Super Bowl is the biggest day in advertising and following our incredibly successful 2016, we wanted to push the creativity and storytelling even further. Our brand commitment is to make things ‘better’ and we are going to give some deserving fans an experience they will never forget. Peter Berg and his team will be capturing it live during the game and we can think of no one better to tell what will be an amazing story.” 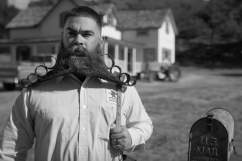 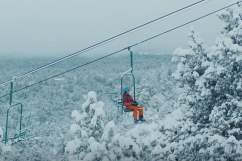