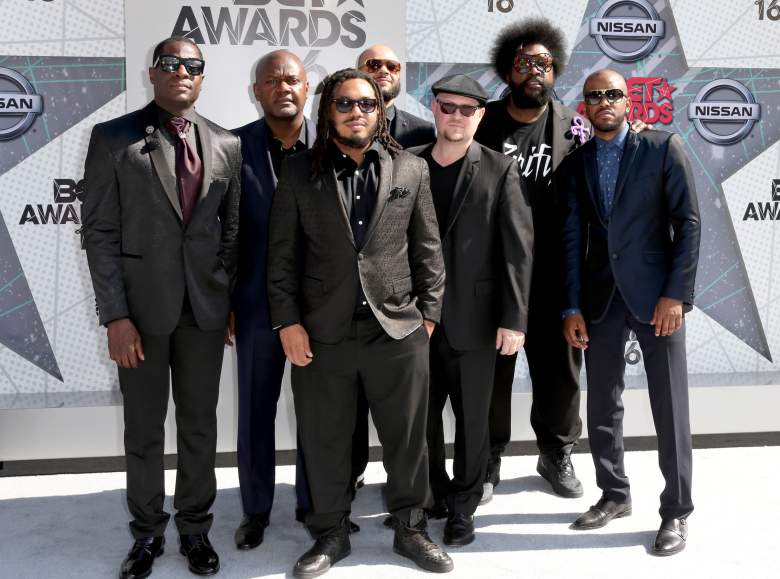 The 2017 NBA All-Star Game isn’t just a basketball game. Over the years, it’s become known for its star-studded pre-game performances, halftime show and laundry list of A-list celebrities looking on in the stands.

This year, musician John Legend will perform at halftime while The Roots will play prior to the All-Star Game, and the band has promised to deliver one of the more unique performances with the help of some outside musicians and actors.

Here’s what you need to know about The Roots and their performance at the 2017 NBA All-Star Game:

1. The Performance Will Include a Musical 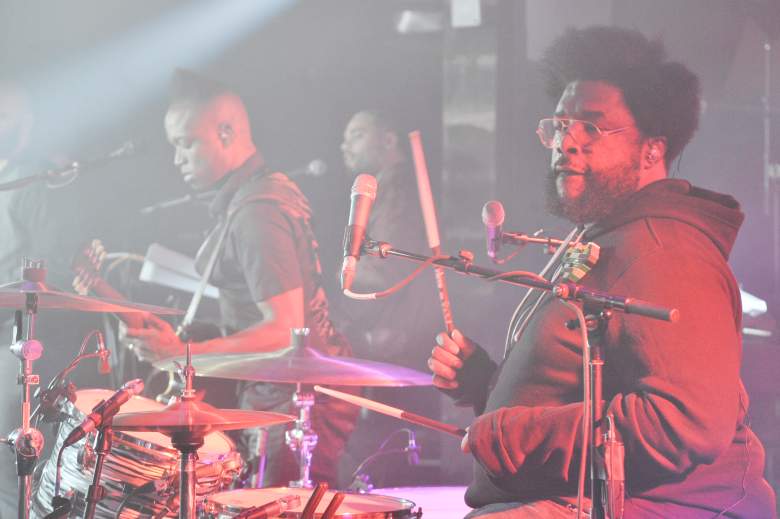 Quest Love of The Roots performs on the drums. (Getty)

Reports say that The Roots have planned more than a live concert in New Orleans. In fact, the band has crafted an NBA-focused musical with a few guest appearances.

Guests anticipated to be on the court with The Roots include Hamilton‘s Daveed Diggs, actor Michael B. Jordan, DJ Jazzy Jeff and hip-hop artist Darryl “DMC” McDaniels from Run DMC.

The musical is reportedly titled The Evolution of Greatness and will tell the story of a few of the NBA and its legendary players. 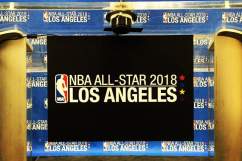 2. The Roots Are the House Band on The Tonight Show Starring Jimmy Fallon 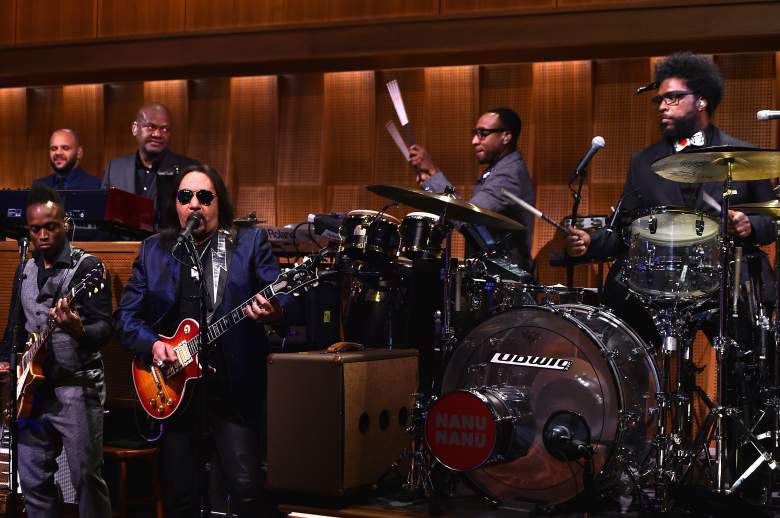 The Roots perform on a taping of The Tonight Show starring Jimmy Fallon. (Getty)

The band has been making music since 1987 and gained further national exposure when they started playing as the house band on Late Night with Jimmy Fallon from 2009-2014. When Fallon made the jump to the earlier time slot on The Tonight Show to replace Jay Leno, The Roots came with him and currently serve as the show’s house band.

The band has a starring role in the show and have been featured on numerous of Fallon’s skits. 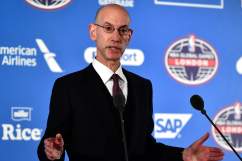 Why Was NBA All-Star Weekend 2017 Moved to New Orleans?

3. The Roots Have 14 Studio Albums 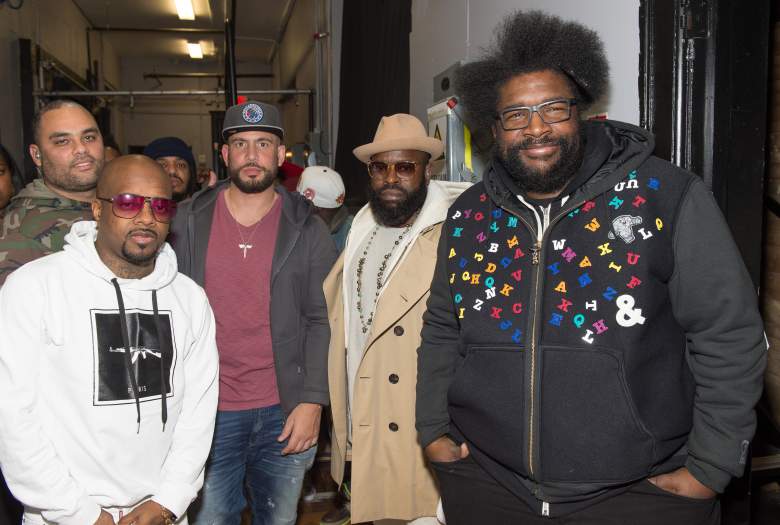 Making music for over 25 years, The Roots have an extensive discography.

Over the years, the group has released 14 studio albums, three EPs and have collaborated on a number of other musicians’ albums.

The band released Organix in 1993 as their first studio album.

Their 1997 song “What They Do” from the 1996 release Illadelph Halflife received many positive reviews and was their first single to break the Top 40 on Billboard‘s 200 Chart. It reached a ranking of No. 34 on the list.

In 1999, The Roots released Things Fall Apart and it proved to be their breakthrough record. The album peaked at No. 4 on the Billboard chart and was certified as platinum in 2013.

In 2004, The Tipping Point received critical acclaim as well, also peaking at No. 4 on the Billboard list.

Most recently, The Roots have been working on a new album, titled End Game. 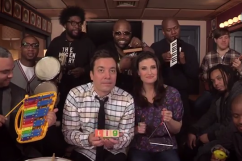 4. The Roots Host a ‘Jam Session’ the Night Before the GRAMMYs 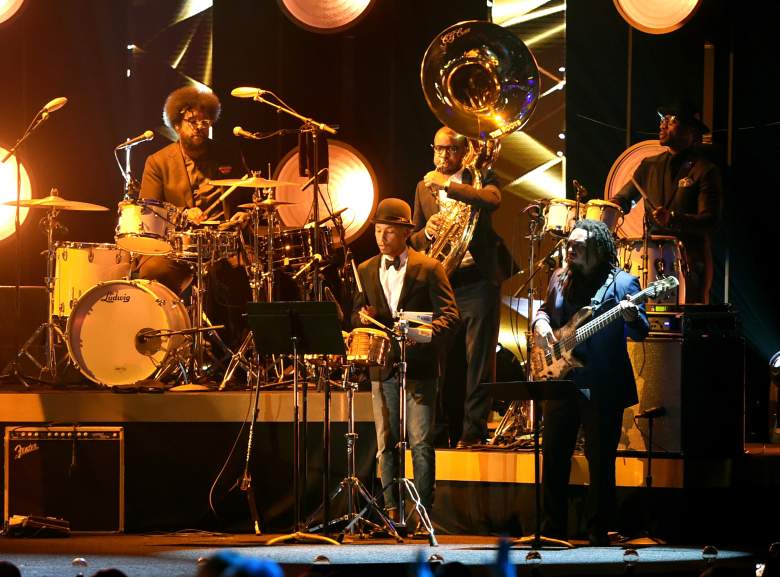 Every year before the GRAMMY Awards, The Roots host a “Jam Session” concert.

According to the event’s website, the annual show brings together some of the top names in entertainment for “one of the most anticipated experiences of the year.”

Performers over the years have include Beyonce and Jay Z, John Legend, JLo, Ed Sheeran, John Mayer and Prince.

5. The Band Has Won 3 GRAMMY Awards 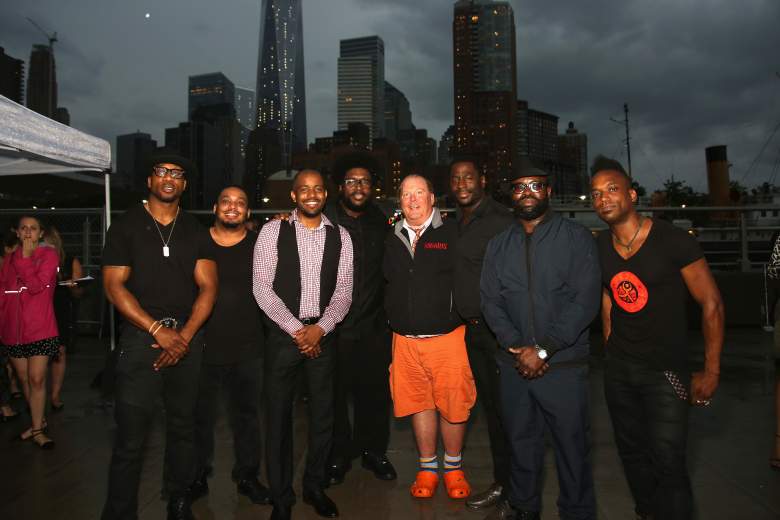 Chef Mario Batali poses with The Roots at the Infiniti presents The (RED) Supper to launch EAT (RED) DRINK (RED) SAVE LIVES on May 31, 2015. (Getty)

The Roots have been nominated 14 times and have won three GRAMMY Awards for their work. They won their first award in 2000 for Best Rap Performance by a Duo or Group for their song “You Got Me.”

Then in 2011, the band walked away with two GRAMMY Awards to add to their mantle. They won Best Traditional R&B Vocal Performance for their song with John Legend, “Hang On in There,” and followed it up with the GRAMMY for Best R&B Album, with their record Wake Up!