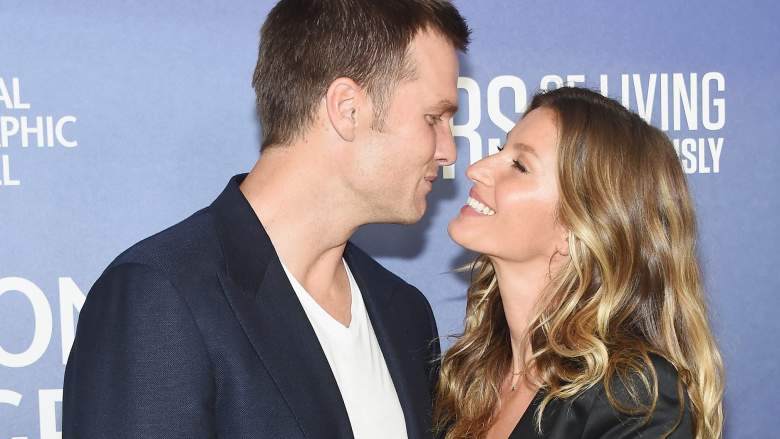 As future Hall of Famer Tom Brady attempts to become the winningest quarterback in Super Bowl history, he still may not be the most popular worldwide individual in his household. That title instead probably belongs to his wife, Gisele Bundchen.

Either way, Brady, 39, and Bundchen, 36, make up undoubtedly one of the most impressive power couples in the world.

Here’s everything you need to know about them:

Brady, who had previously been in a high-profile relationship with actress Bridget Moynahan, met Bundchen when they were set up on a blind date by a mutual friend in 2006. Of course, “blind” may be a relative term here. At the time, Brady was already a three-time Super Bowl winner and Bundchen was already one of the most famous super models in the world.

Their relationship grew from there, and on February 26, 2009, they were married at St. Monica Catholic Church. It was a small ceremony, which, according to Brady, was perfect for the pair of superstar celebrities:

We went back to the house and I barbecued aged New York strips. We had champagne, a cake, some ice cream. It was a great night. I think you always have this idea that weddings need to be 200 people and you invite everybody, and I’m all for it if people want to do that, but I think there was really something special about just having our parents there.

A month-and-a-half later, they enjoyed a second ceremony at Gisele’s home in Costa Rica.

On December 8, 2009, Brady and Gisele welcomed their child and son, Benjamin, to the world. Almost exactly three years later, on December 5, 2012, daughter Vivian Lake was born.

Brady’s relationship with Moynahan also produced a son, John “Jack” Edward Thomas Moynahan, who was born August 22, 2007. It began with some controversy, as Moynahan revealed she was pregnant two months after they had broken up, but Brady learned to roll with it.

Brady, Gisele, Moynahan and the three kids all have a positive relationship now.

3. They Both Come From Big Families

Brady, whose parents Tom Sr. and Galyn still live in his childhood home in San Mateo, California, has three older sisters. All of them were collegiate athletes, while the oldest, Maureen, was an All-American softball pitcher at Fresno State.

“Don’t get me wrong, I was very proud of my sisters and I love them with all of my heart, but I wished I would be recognized as an individual and not as another ‘Brady,'” Tom once wrote in a high school essay. “I will continue to flourish in life as well as in athletics because of my strong will to succeed and desire to always be on top.”

In terms of size, the Brady family pales in comparison to that of the Bundchen’s: Gisele has two older sisters, a fraternal twin, Patricia, and two younger sisters. 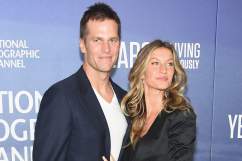 4. Their Net Worth Is Estimated at $476 Million

According to TheRichest, Brady’s net worth is $131 million, while Gisele’s stands at $345 million.

Those are obviously just estimates, but here are some numbers we know for sure: Brady has collected just over $196 million in career earnings during his 17 seasons in the NFL, while Gisele earned $386 million during her career as a model.

5. They Have a Pretty Insane Diet

Happy thanksgiving! Each Thanksgiving, I am reminded even more of all the blessings I receive every day. It’s a special day were I get to be with my family, friends and spend some time reflecting on all the experiences in my life. I am most grateful to have health and to be surrounded by love. Wishing you and your families a beautiful day and so much love. #grandmabiscuitsrecipe #specialtime ?? Feliz Dia de Ação de Graças! Cada Dia de Ação de Ação de Graças eu agradeço ainda mais todas as bênçãos que recebo todos os dias. É um dia especial em que fico com minha família, amigos e passo um tempo refletindo sobre todas as experiências na minha vida. Sou muito grata por ter saúde e estar rodeada de amor. Desejando a você e suas famílias um dia lindo e muito amor.

Boston.com recently interviewed Brady and Gisele’s chef, Allen Campbell, who revealed what goes into the diet of the two superstars:

80 percent of what they eat is vegetables. [I buy] the freshest vegetables. If it’s not organic, I don’t use it. And whole grains: brown rice, quinoa, millet, beans. The other 20 percent is lean meats: grass-fed organic steak, duck every now and then, and chicken. As for fish, I mostly cook wild salmon.

No white sugar. No white flour. No MSG. I’ll use raw olive oil, but I never cook with olive oil. I only cook with coconut oil. Fats like canola oil turn into trans fats. … I use Himalayan pink salt as the sodium. I never use iodized salt.

[Tom] doesn’t eat nightshades, because they’re not anti-inflammatory. So no tomatoes, peppers, mushrooms, or eggplants. Tomatoes trickle in every now and then, but just maybe once a month. I’m very cautious about tomatoes. They cause inflammation.

What else? No coffee. No caffeine. No fungus. No dairy.

Read More
New England Patriots, NFL, Tom Brady
Tom Brady and his wife, Gisele Bundchen, make up one of the most impressive couples in the world. Here's everything you need to know about them.