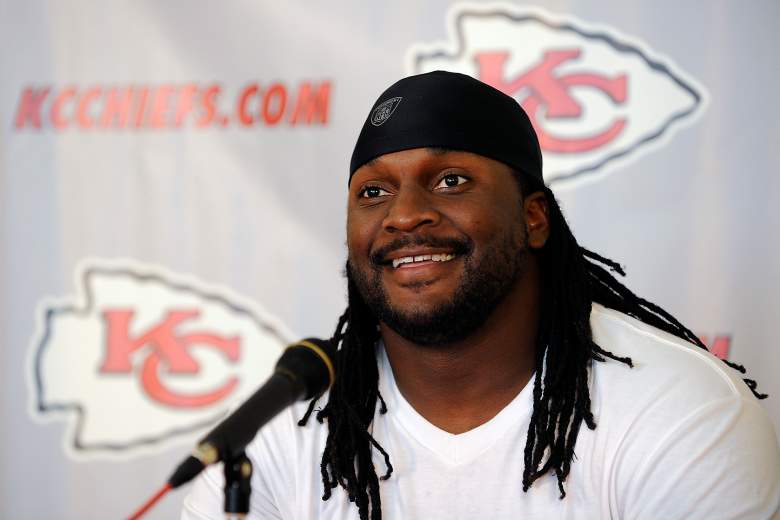 Tyson Jackson is interviewed following a rookie minicamp at the Chiefs practice facility on May 9, 2009 in Kansas City, Missouri. (Getty)

After seven years with the NFL, Tyson Jackson is about to play in the Superbowl.

Jackson is 30 years old, born in June 1986; he is 6’4″ and weighs in at 296 pounds, and he plays defensive tackle for the Atlanta Falcons. Before the Falcons, Jackson was signed with the Kansas City Chiefs.

Here’s what you need to know about Atlanta Falcons defensive tackle Tyson Jackson. 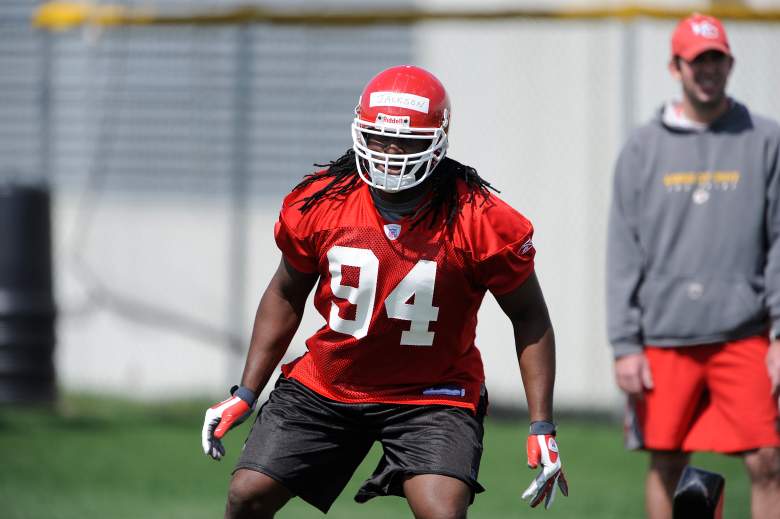 Tyson Jackson goes through a drill during rookie minicamp at the Chiefs practice facility on May 9, 2009 in Kansas City, Missouri. (Getty)

The team’s former coach, Laury Dupont, told The Times-Picayune that that year’s team in particular was quite special.

2. He Played on the LSU Tigers 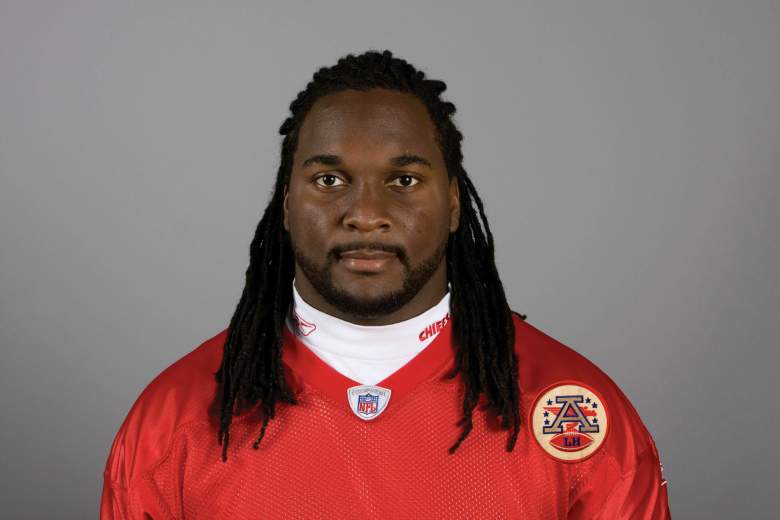 Tyson Jackson of the Kansas City Chiefs poses for his NFL headshot circa 2011 in Kansas City, Missouri. (Getty)

According to LSU Sports, during his freshman year, Jackson was given a spot on the Freshman All-SEC team, and he recorded 13 tackles and two sacks.

In his sophomore year, Jackson played defensive for the Tigers, starting 12 out of 13 games at left end and recording 37 tackles and 8.5 sacks.

In his junior year, Jackson started all 14 games on the left defensive end, and LSU sports describes the result of his efforts with Glenn Dorsey as “one of the most intimidating defensive fronts in college football during the 2007 season.” He recorded 36 tackles, including 3.5 sacks.

Finally, in his senior year, Jackson started all 13 Tigers games and recorded 36 tackles and 4.5 sacks. 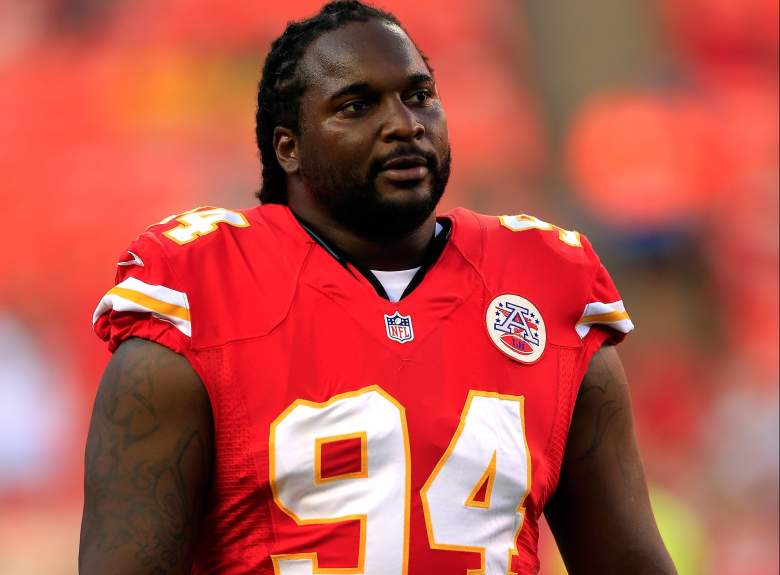 Tyson Jackson warms up prior to the preseason game against the Green Bay Packers at Arrowhead Stadium on August 29, 2013 in Kansas City, Missouri. (Getty)

During the 2009 NFL draft, Jackson was drafted to the Kansas City Chiefs as the third overall pick.

ESPN reported at the time that Jackson’s contract with the Kansas City Chiefs was valued at $57 million over five years. Jackson joined the team the year after they set the NFL record for fewest sacks in a season. In 2013, Jackson took a $10 million pay cut in a restructured contract, with his base salary shrinking from $14 million per year to $4.2 million per year, according to the USA Today.

Jackson said in a recent interview with The Kansas City Star that he did not feel pressure to live up to the lofty expectations that come with being a number three pick. 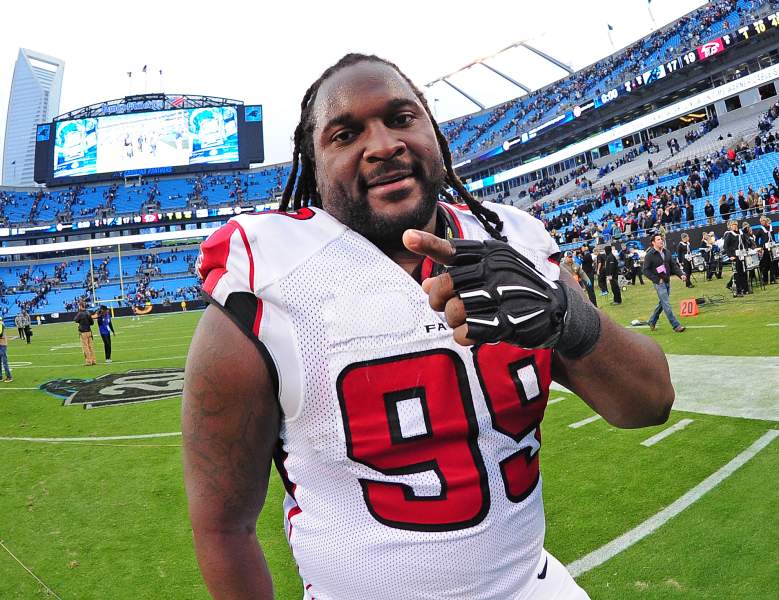 Tyson Jackson of the Atlanta Falcons celebrates after the game against the Carolina Panthers at Bank Of America Stadium on November 16, 2014 in Charlotte, North Carolina. (Getty)

After five seasons with the Kansas City Chiefs, Jackson signed with the Atlanta Falcons in 2014. According to ESPN, he signed a five-year, $25 million contract which includes $11 million guaranteed.

5. His Cousin is Dillon Gordon of the Philadelphia Eagles 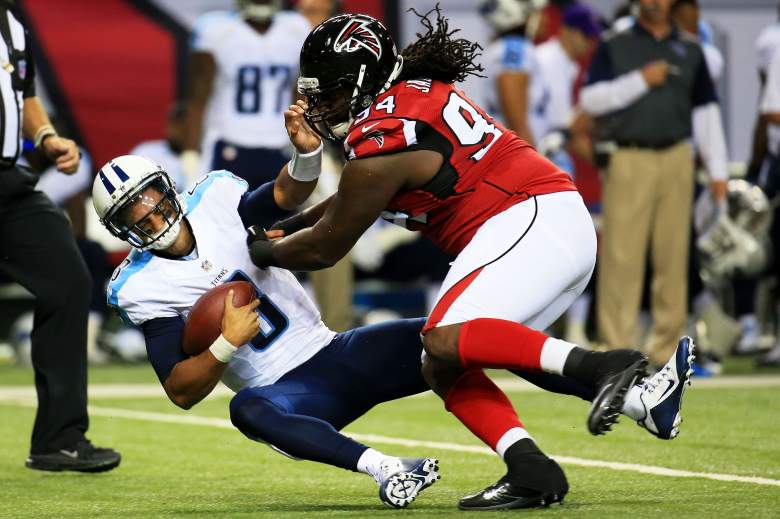 Marcus Mariota of the Tennessee Titans is sacked by Tyson Jackson of the Atlanta Falcons in the first half of a preseason game at the Georgia Dome on August 14, 2015 in Atlanta, Georgia.. (Getty)

Tyson Jackson is not the only NFL player in his family. His cousin is Dillon Gordon, an offensive guard for the Philadelphia Eagles. And Gordon’s cousin is Quinn Johnson, a fullback for the Green Bay Packers.

Gordon is eight years younger than Jackson and Johnson, and so he says that he grew up watching his cousins play and was inspired by them. He was also encouraged to follow in Jackson’s footsteps and attend LSU.

“My family is full of big, diehard LSU fans. I always knew this was where I would come growing up,” Gordon told LSU Sports.