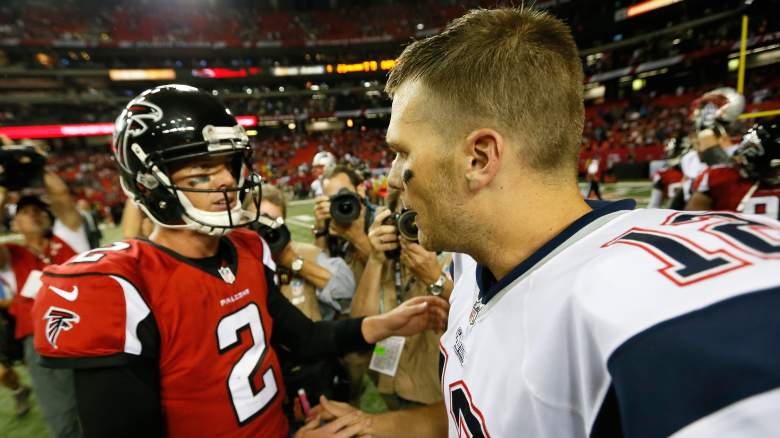 With Super Bowl LI on the horizon, you probably already know all about Matt Ryan and Tom Brady’s accomplishments on the field. One is the regular season MVP. The other is having one of the most efficient seasons of his career, a telling statement considering he already has two MVP awards and a number of dominant campaigns under his belt.

They’re both heading into the biggest game playing at a transcendent level. Blah, blah, blah.

For those more interested in what kind of money Brady and Ryan are pulling in for their day job, here’s a breakdown of their net worth, 2016 salary and career earnings:

Net worth is certainly the biggest estimate among any of the numbers you’ll see here, though we can get a general idea of how they compare as long as we use the same source.

According to TheRichest, Brady has a net worth of $131 million, while Ryan’s net worth is $85 million.

Of course, the Brady household gets a bit of a boost, thanks to Brady’s wife, Gisele Bundchen, an international icon who has a net worth estimated to be at $345 million.

With a looming four-game suspension threatening to take a good chunk of the $9 million Brady was set to make this season, he worked out a two-year contract extension with the Patriots in March that lowered his 2016 base salary to just $1 million but gave him a $28 million signing bonus. After losing $235,294 during his suspension, he ultimately made $28.8 million this season.

Ryan, meanwhile, earned $15.75 million this year. He has two years remaining on his current deal, but according to NFL.com’s Ian Rapoport, Ryan and the Falcons will explore a contract extension in the offseason that could make him the highest-paid player in the NFL.

Brady clearly has the advantage here, as he has been in the league for eight more seasons, but the gap may not be quite as stark as expected.

Among active players, Brady is the No. 2 highest earner (behind Eli Manning), and Ryan is No. 9. 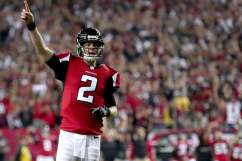 Read More
Atlanta Falcons, Matt Ryan, New England Patriots, NFL, Super Bowl 2017, Tom Brady
We know about Tom Brady and Matt Ryan's success on the field, but how do they compare in net worth and earnings?