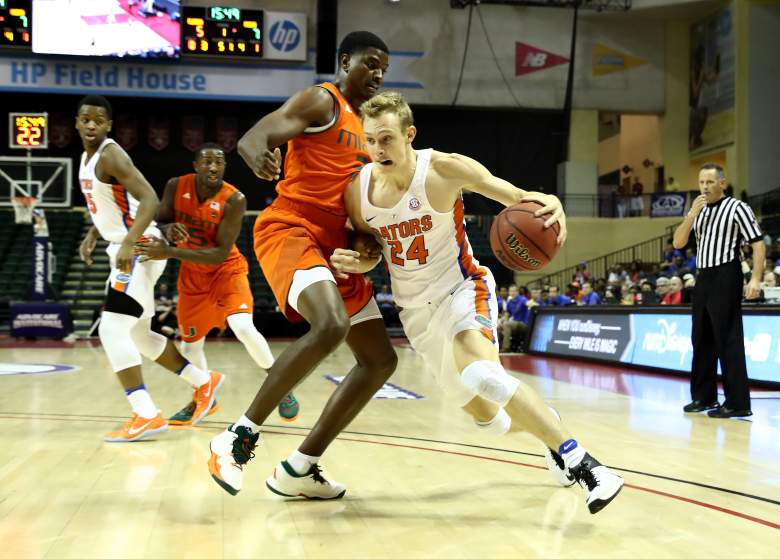 Canyon Barry the Florida Gators drives against Anthony Lawrence Jr. of the Miami Hurricanes during a game November 27, 2016. (Getty)

There was concern that the Florida Gators’ third loss of the season to Vanderbilt would alter their seed in the 2017 NCAA Tournament.

The Gators suffered an upset loss to the Commodores in the SEC Tournament quarterfinals, their second loss to them in under a week. But Florida is dancing once again with a No. 4 seed.

It’s the school’s 20th time in the tournament after winning the championship in consecutive seasons (2006, 2007), but the Gators haven’t been to the tournament since 2014 when they advanced to the Final Four. Florida will take on the No. 13-seeded East Tennessee State Buccaneers in the Round of 64 on Thursday, March 16.

Here’s a look at the Gators and Bucs’ opening matchup and the details of the game:

Florida at a Glance

East Tennessee State at a Glance

Read More
College Basketball, March Madness 2017
The Florida Gators are seeded No. 4 in the 2017 NCAA Tournament and will play No. 13-seeded East Tennessee State. See a full preview of the Round of 64 game.