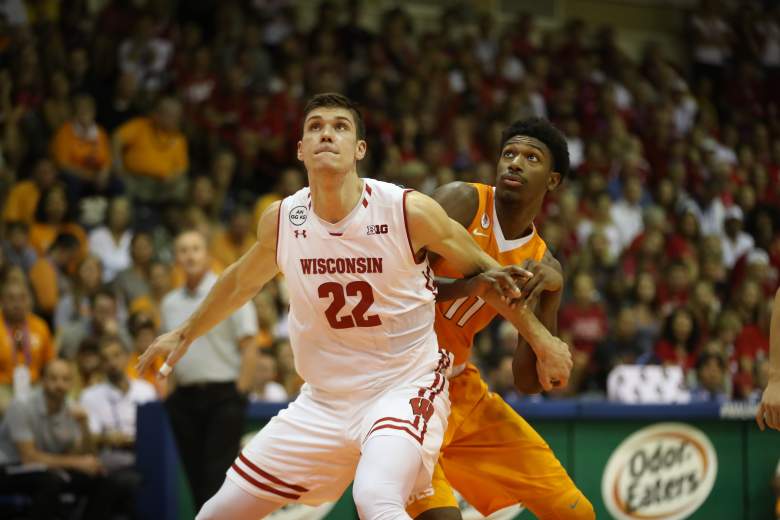 Ethan Happ of the Wisconsin Badgers and Kyle Alexander of the Tennessee Volunteers battle for position in a game November 21, 2016. (Getty)

The Wisconsin Badgers were right where they wanted to be to start the season. Two seasons removed from a national championship berth, Wisconsin started the season 21-3 overall and looked as if it were headed to another high seed in the 2017 tournament.

But a loss to Northwestern brought the Badgers into a funk, and they lost five out of their next six games.

The up-and-down Badgers hit a stride at the end of the season and they found themselves in the Big Ten Tournament championship once again. Wisconsin lost the game March 12 to Michigan, but the solid play down the stretch figured to improve its seed in the tournament. However, the Badgers were given a No. 8 seed in the tournament, which caught many by surprise given the seeds of other teams in the Big Ten they defeated.

Wisconsin will play No. 9-seeded Virginia Tech Hokies in the Round of 64.

Virginia Tech weathered the storm of the vaunted Atlantic Coast Conference and will play in the tournament for the first time since 2007. The Hokies took eighth place in the conference standings, but has lost two of their last three games.

Here’s a look at the Wisconsin-Virginia Tech matchup and the details of the game:

Wisconsin at a Glance

Virginia Tech at a Glance 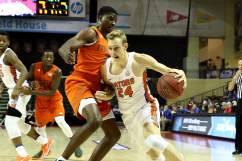 Read More
College Basketball, March Madness 2017
The Wisconsin Badgers are seeded No. 8 in the 2017 NCAA Tournament and will play No. 9-seeded Virginia Tech. See a full preview of the Round of 64 game.