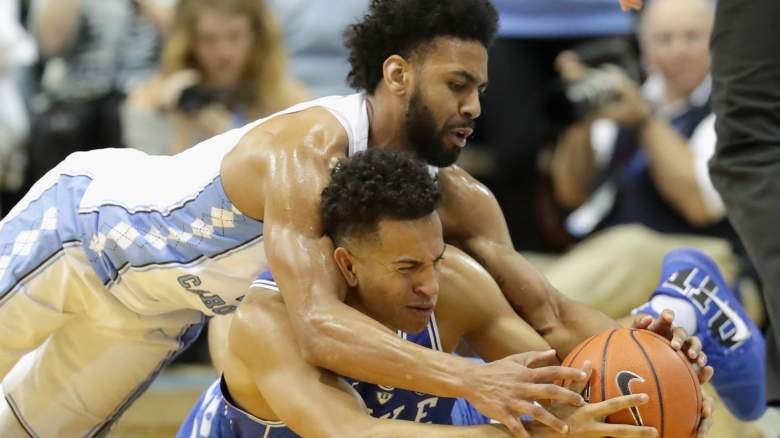 For just the second time in the last 14 years, college basketball fans will be treated to North Carolina vs. Duke three times in a single season.

After splitting their two regular-season matchups, the heated rivals will break the tie in the first ACC tournament semifinal on Friday night, marking their first postseason matchup since 2011.

Here’s a preview of the always anticipated meeting between two of the sport’s greatest bluebloods:

In the first matchup between these teams, Duke hit 13 threes, each team shot better than 52.0 percent from the field and there were 164 total points. In the second matchup, Joel Berry and Luke Kennard each dropped 28, eight players scored in double-figures and they combined for 171 points on just 148 possessions.

Duke vs. North Carolina Men's Basketball Highlights (2016-17)Duke vs. North Carolina: The No. 5 Tar Heels defended their home court as they pulled away late in another chapter of their storied rivalry against the Blue Devils, 90-83. Joel Berry II tied for the game's high scorer with 28 points, going 5-5 from 3-point territory. Luke Kennard would also score 28 points to…2017-03-05T05:19:11.000Z

Separating these teams, as is often the case in this rivalry, is difficult.

As such, while guys like Kennard, Berry, Jayson Tatum and Justin Jackson are all certainly capable of taking over, don’t be surprised if this game comes down to an X-factor.

And that’s Isaiah Hicks. The junior, who sat out Carolina’s loss to Duke with a hamstring injury, has come alive as of late, tallying 40 points and 15 rebounds in just 47 minutes over the last two games, including a 21-and-9 effort in the Tar Heels’ win over the Blue Devils last weekend.

“He’s a beast. He is a monster. When he plays like I don’t think we can be beat,” said teammate Theo Pinson after Hicks scored 19 on just seven field-goal attempts against Miami in the ACC quarterfinals.

Carolina has the frontcourt depth to survive when Hicks gets into foul trouble, which tends to happen a lot, but this team is so difficult to stop when he and Kennedy Meeks are both clicking on the inside to go with Berry and Jackson’s outside attack.

When Hicks plays like he did the last two games, the Heels are too dynamic offensively to slow down. Duke, for the second time this year, will find that out on Friday night. 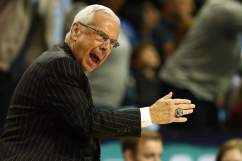 Read More
College Basketball, Duke, North Carolina
Duke vs. North Carolina Part 3, with a spot in the ACC championship on the line. Just like the first two, this is going to be a thrilling battle.