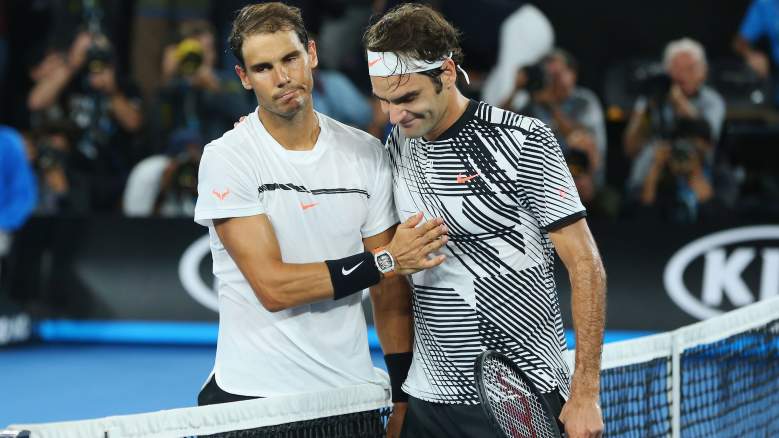 In a rematch of this year’s Australian Open, and in a rematch of so many other memorable battles throughout the years, Rafael Nadal and Roger Federer will face off in the BNP Paribas Open on Wednesday night.

Unsurprisingly considering what we saw in Melbourne six weeks ago, oddsmakers see this as the tightest match of the day at Indian Wells.

Here’s a look at the odds and a prediction for the not-so-typical Round of 16 matchup:

Federer vs. Nadal. 158 singles titles, 32 Grand Slam titles, four Olympic medals and 443 weeks at No. 1 between them. Undoubtedly, two of the greatest to ever play the sport.

And they’re meeting…in the fourth round?

It’s extremely unusual–they haven’t played this early since their very first head-to-head matchup back in 2004–and it could lead to a bit of unpredictability.

“Because it’s early in the tournament, I think we both don’t quite yet know to 100 percent how everything feels,” Federer said. “There is a bit of the unknown, which is exciting maybe for the fans to see how we’re going to try to figure that part out.”

This one may come down to the effectiveness of Federer’s serve.

In Melbourne, Fed-Ex won 76 percent of his first-serve points, and against arguably the greatest defensive player of all-time, he was broken just four times in five sets.

So far in California, he has continued that effectiveness, winning 84.5 percent of his first serves and facing zero break points through two matches. That is admittedly against far lesser competition, but it’s a positive sign after he was broken three times in a loss to Evgeny Donskoy in Dubai earlier this month.

This one could easily go either way, and Nadal as the favorite makes sense considering his historical success in this matchup, but I think Federer makes it 2-for-2 against his rival in 2017. 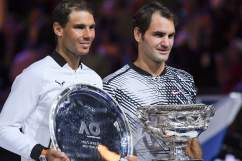