Jim Nantz is a popular sports announcer, who has worked on numerous telecasts of National Football League games over the years. He’s set to call Sunday’s Super Bowl LIII live from Mercedes-Benz Stadium in Atlanta.

Nantz has been married to his wife, Courtney Richards Nantz, since June 2012.

The 59-year-old Nantz was previously married to Ann-Lorraine “Lorrie” Carlsen Nantz from 1983 to 2009. Nantz and Lorrie had a daughter, Caroline, who currently works at NBCUniversal’s Access Hollywood and is a USC graduate.

Celebrity Net Worth estimates that Nantz earns $5 million a year from CBS and has an estimated net worth of $15 million.

1. Nantz Started Dating Richards Before His Divorce Was Finalized

Nantz’s divorce from Ann-Lorraine “Lorrie” Carlsen Nantz was ugly and fought out in public. It ultimately ended with a judge ordering Nantz to pay nearly $1 million in alimony and child support, the New York Daily News reported at the time.

Nantz has to pay Lorrie $916,000 annually. That cost includes money for Lorrie’s two Connecticut homes, $70,000 country club membership, and their daughter Caroline’s college education. The child support was set to end when Caroline turned 18, and the alimony payments will end when Nantz dies or Lorrie remarries.

As for other court findings, Nantz admited to having an affair, but the judge overseeing their case determined that their marriage was already on the rocks by the time he began dating Richards. The Associated Press reported that the judge, Howard Owens, ruled that “this remote event in no way contributed to the breakdown of the marriage.”

Owens wrote that Nantz and Lorrie’s interests diverged over the years.

“In fairness, for most of the years he prioritized his family obligation and put his wife and daughter Caroline first. As frequently happens in marriages of lengthy duration, the parties do not have the same interest and ardor for their spouses’ endeavors,” Owens wrote.

2. She Was a VP at IMG in Sports Marketing When They Met

As StyleCaster notes, Richards was a vice president at IMG when Nantz’s divorce was finalized. She worked in sports marketing at IMG, a talent management company based in New York City. Nantz is represented by the company, which is how the two met, according to USA Today.

Before Richards even met Nantz, she was interviewed by the Wall Street Journal for a 2004 story on twenty-somethings still needed financial help from their parents.

“My dad says I have champagne taste on a beer budget…I love my job, and I love what I do, but the bottom line is that I’m not making enough to pay for myself,” Richards told the Wall Street Journal in that 2004 interview.

3. Richards & Nantz Were Engaged for 21 Months Before Their Wedding at Pebble Beach 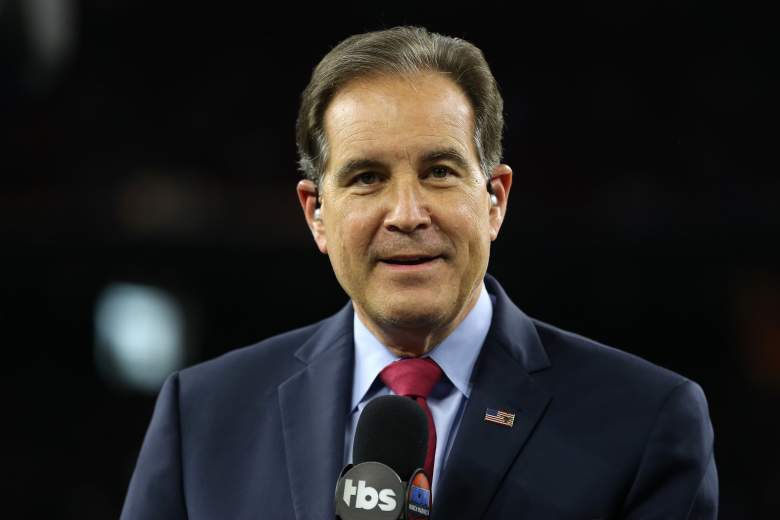 Richards and Nantz confirmed to the New York Post that they were engaged in September 2010. Three months earlier, Nantz’s representatives denied the Post’s report on their engagement. “We were telling the truth, whether it makes much sense to you or not,” his rep said in a statement in December 2010.

According to the Post, Nantz popped the question on September 14, 2010, while he was on vacation in Maine with George H.W. Bush, Barbara Bush, and Jeb Bush.

Richards and Nantz were married 21 months later, USA Today reported in June 2012. The two tied the knot at the seventh hole at Pebble Beach in California.

The New York Daily News reported that some of the guests at the wedding included Patriots quarterback Tom Brady, Patriots owner Robert Kraft, and Nantz’s partner in the booth during the NFL season, Phil Simms.

4. Even Though Richards Was About to Give Birth to Their Son, She Still Wanted Him to Call Super Bowl 50 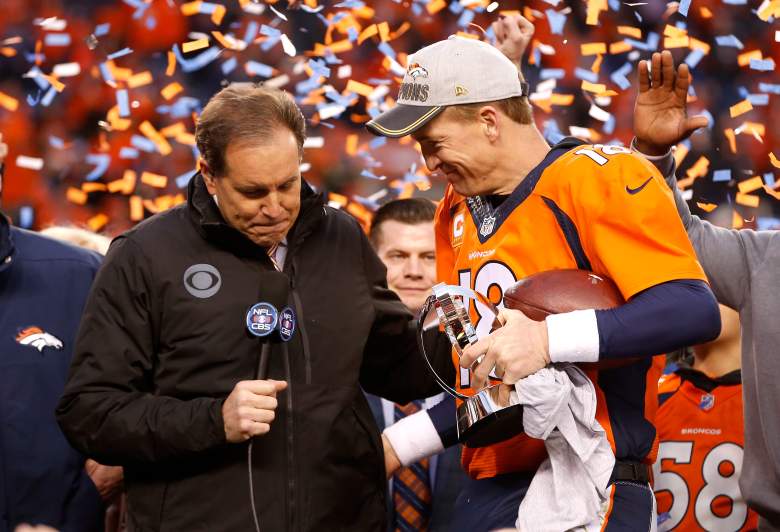 On February 1, 2016, Nantz and Richards welcomed their second child, son Jameson George Nantz. Six days later, on February 7, he was calling Super Bowl 50 between the Denver Broncos and Carolina Panthers.

In an interview with the New York Post, Nantz said Richards wanted him to call the game, even if he missed the birth of his first son. Thankfully, he didn’t have to worry about that.

“It would have killed me if I would not have been there for the birth of my son, but my wife made it very clear: ‘Don’t even talk to me, you’re doing the game,’” Nantz told the Post. “I was going to follow her instructions. But this is absolutely perfect timing, my boy definitely has a sense of occasion, and a great appreciation and respect for timing and his father’s needs for things to be organized and well-timed.”

Jameson was born nine days before his due date and doctors started getting concerned in November. On November 30, she was put on partial bed rest.

“At that point, I never thought we would make it all the way to February 1st,” Nantz told the Post. “I was just hoping we’d get to 36 weeks, but at 30 weeks they told us we had to be careful and the potential we were going to be early — I mean really early — labor. It’s been a stressful couple of months.”

While Nantz calls basketball and football for CBS, golf is his true passion. He told the Charlotte Observer in 2012 that he and Richards even live on the Pebble Beach Gold course full-time.

“I moved to Pebble Beach full-time this year. I’m looking at the seventh green right now. It’s all beautiful. We got married June 9 and we moved in that very night,” Nantz said in 2012.

When asked why he decided to get married at the seventh hole at Pebble Beach, he explained:

In the book I wrote, Always By My Side, I wrote a couple of pages about how the seventh hole was such a spiritual setting to me and I always felt my father’s presence there. Every day during the years we covered the Pebble Beach golf tournament, I would march out there before the sun was up and sit on the rail fence there in prayerful introspection and think about all the blessings in my life.

In a 2014 interview with the Charlotte Observer, Nantz said he couldn’t wait for his younger daughter Finley to meet his older daughter Caroline.

“I have an older daughter (Caroline), who’s such a joy in my life,” Nantz told the Observer in 2014. “To go through it again, it’s wonderful. I just can’t wait til little Finley grows up to get to know her older sister. She’s already been on five flights in her 50 days.” 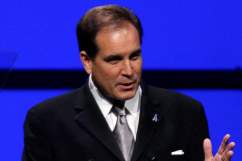