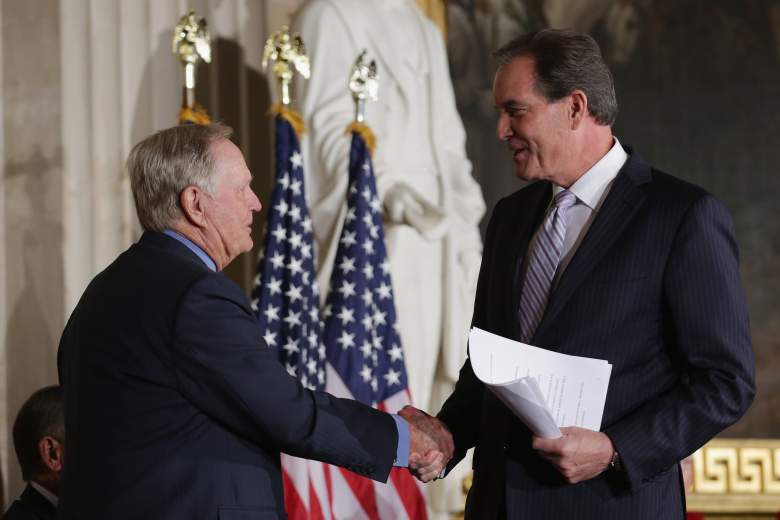 Jim Nantz is a CBS Sports’ top play-by-play broadcaster and has experience covering a wide scope of sports – he currently covers each sport that CBS has contractual obligation for.

CBS covers the NFL, NCAA Division I men’s basketball (including the NCAA Tournament) and PGA Tour golf (including The Masters). Nantz’s voice and coverage for CBS broadcasts has become synonymous throughout the sports world.

Nantz will be calling Super Bowl 50 along with Phil Simms and Tracy Wolfson.

Here’s what else you need to know about Nantz:

1. Nantz Comes From a Background in Both Sports (As An Athlete) & Broadcasting 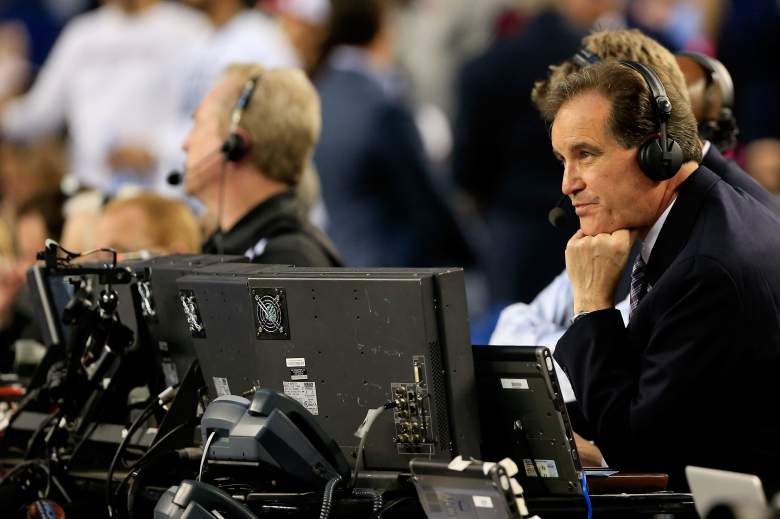 A younger Nantz was an athlete. He attended Marlboro High School in Marlboro, New Jersey where he was co-captain of both the basketball and golf teams.

He later attended college and graduated from the University of Houston in 1981 with a degree in radio/television. While he attended Houston, Nantz was a public-address announcer for the Houston Astros and Houston Cougars and later the voice of Brigham Young football while working as a local sportscaster in Salt Lake City.

2. Nantz Has Become the Defacto ‘Voice’ of CBS Sports 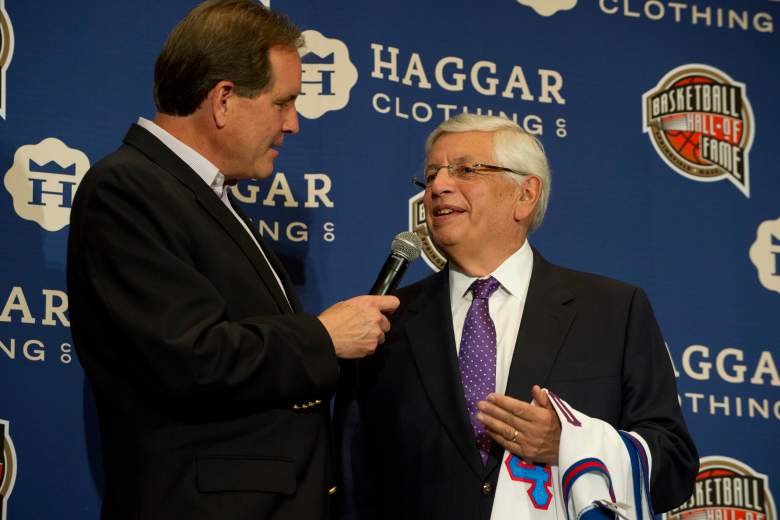 Nantz officially joined CBS in 1985 as a studio host for college football. He has also covered golf at CBS since 1986, began anchoring coverage of The Masters in 1989 and has been CBS’ golf anchor since 1994.

In addition to both college football and golf, he later became the lead play-by-play announcer for CBS’ coverage of NCAA Division I Men’s College Basketball, and he has been calling the college game since 1990, which obviously includes CBS’ yearly coverage of the NCAA Tournament.

Nantz was the first commentator to complete the rare broadcasting feat of calling the Super Bowl, the NCAA Men’s Final Four basketball championship, and the Masters golf tournament in a span of 63 days in 2007; he later repeated the feat in 2010. 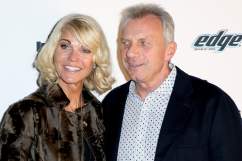 3. Nantz Is an Award-Winning Sports Broadcaster 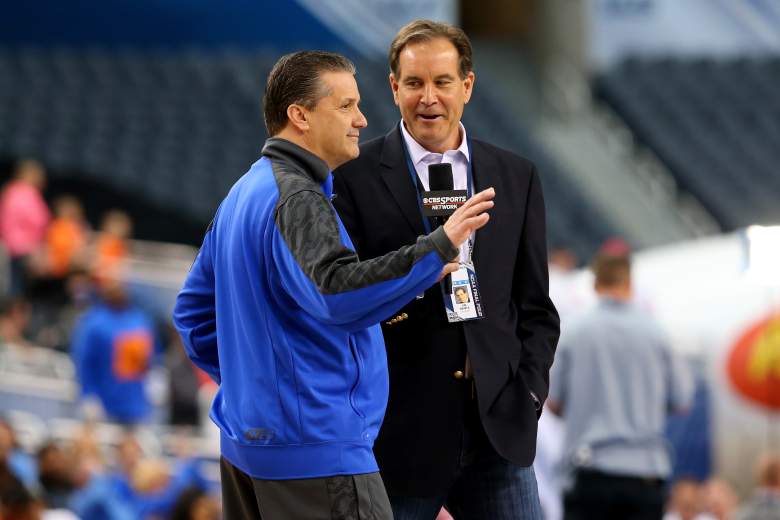 Nantz has won many awards over the past two decades for his broadcasting diversity and work. A list of the Awards that he has won include:

Honorary doctorate of humane letters from the University of Houston (2001)

Curt Gowdy Award – awarded to members of the electronic and print media for outstanding contributions to basketball – in 2002; he is the youngest recipient of the award. 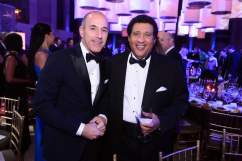 4. Nantz Has Been Married Twice & Has 2 Daughters 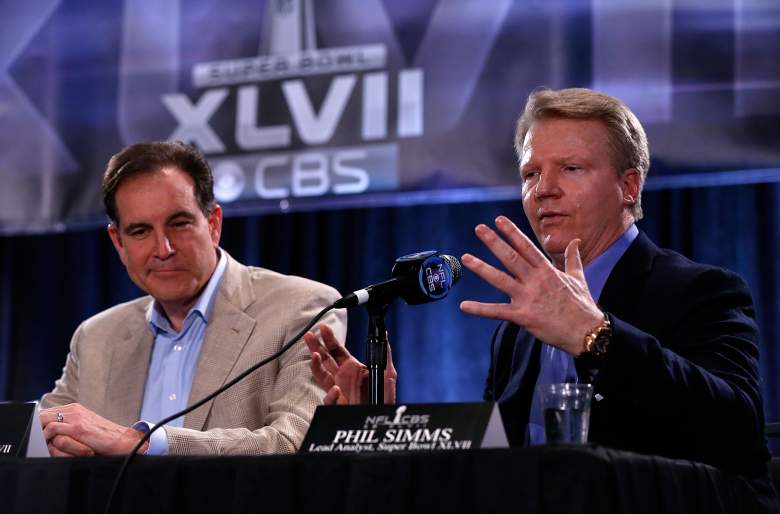 Nantz and his ex-wife Lorrie lived in Westport, Connecticut for 26 years before divorcing in 2009. Together they had one daughter, Caroline. The divorce was controversial and eventually the alimony settlement was disclosed to the media.

In June 2012, Nantz married his second wife Courtney in Pebble Beach, California. Together, the couple has one daughter, Finley. 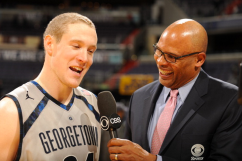 5. Nantz & Famous Producer Peter Deutsch Own Their Own Wine Label 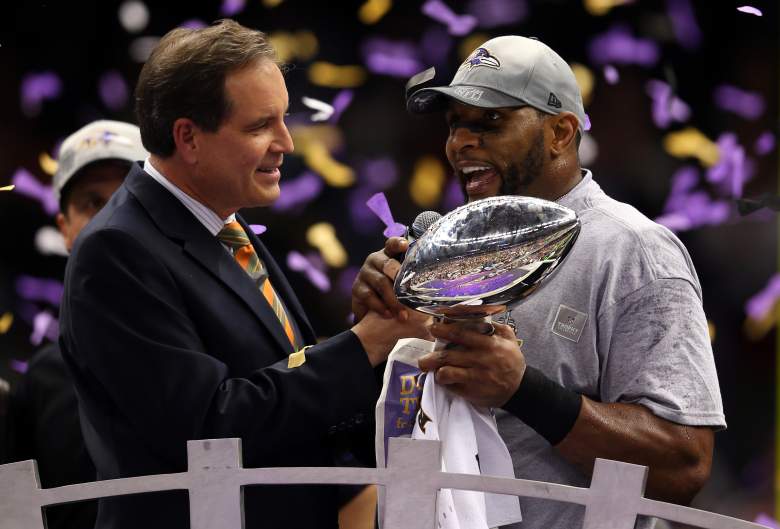 Deutcsch and Nantz one day sat together in a restaurant and had the idea to start their own Wine Label, which they named: “The Calling.” Together, their reasoning for starting the Wine Label is awesome. (Hint: They just wanted to get into the Wine Industry and make history by creating one of the best and most renown in the nation.)

Nantz opened the Nantz National Alzheimer Center (NNAC) with The Methodist Hospital in Houston. The NNAC is a cutting-edge, world-renowned research and treatment center that hopes to one day find a cure.