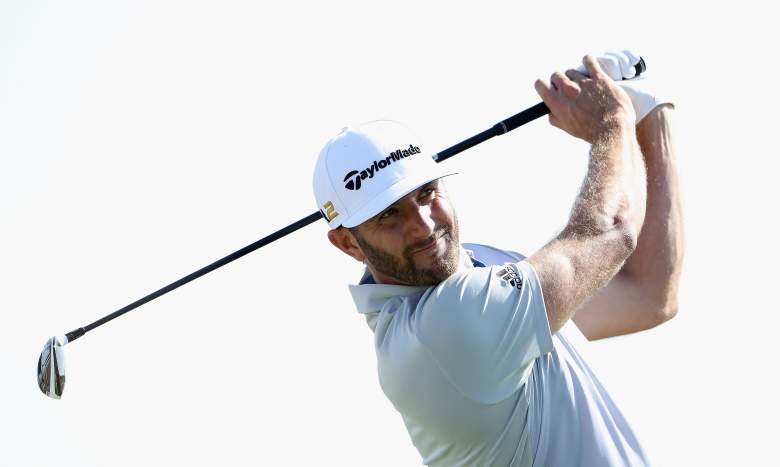 Hours before the biggest golf tournament of the year, Dustin Johnson is injured and his status is in serious doubt.

The 32-year-old golfer, who was the favorite to win the 2017 Masters Tournament, injured his lower back after taking a “serious fall” on a staircase in his rental home in Augusta on April 5. Reports say that Johnson was wearing socks when he slipped and fell on the hardwood floor at the home. His manager issued a statement after the fall saying that Johnson is currently resting and icing the injury — although “quite uncomfortably.” His status is still up in the air.

Statement from Dustin Johnson's manger regarding injury to his back. pic.twitter.com/QsPMOJtSMC

The shocking revelation was first reported by The Associated Press’ Doug Ferguson, who said Johnson’s manager told him that he “hopes” to play in the first round.

The first round of the tournament begins April 6, and Johnson opened and remained as the favorite at (+550) odds, according to OddsShark.com.

With Johnson’s status for the tournament in serious doubt, it will certainly be interesting to see where the oddsmakers go from here. Next in line, according to the odds were Rory McIlroy (+700), Jordan Spieth (+800) and Hideki Matsuyama (+1800).

Johnson won his first and only major tournament last year — the 2016 U.S. Open — and won three-straight tournaments leading up to The Masters. Johnson is currently ranked as the No. 1 player in the world in the Official World Golf Ranking list.

This post will be updated once more information is made available.