What has the potential to be the biggest boxing match ever jumped over another major hurdle May 17.

Conor McGregor confirmed late in the evening that he’s signed a deal to get into the ring and box Floyd Mayweather in what will certainly be one of the highest-grossing boxing events of all time.

The UFC champion said in an exclusive interview with TheMacLife.com that his part of the deal has been completed. Now, he’s just awaiting Mayweather’s signature on the dotted line.

It is an honour to sign this record breaking deal alongside my partners Zuffa LLC, The Ultimate Fighting Championship and Paradigm Sports Management. The first, and most important part of this historic contract has now officially been signed off on. Congratulations to all parties involved. We now await Al Haymon and his boxer’s signature in the coming days.

Just before McGregor’s announcement, UFC President Dana White said that his fighter has come to an agreement on a contract for a “straight-up boxing match.”

“McGregor / Mayweather… Is it happening? Is it a myth? What’s going on?” –@SHAQ asks @danawhite the question on everyone's minds. #UFC pic.twitter.com/8v0gpngTdj

Mayweather responded to the most recent developments earlier in the day Wednesday, saying he was still awaiting information from White and McGregor’s camp.

“I can’t sit here and say that they are waiting on us,” Mayweather said. “I’m not saying that. And we’re not waiting on them. I have a team for (negotiating), but as soon as their side communicates with our side, then the fight will happen.”

It’s unclear what a potential date of the bout would be, or where is would be, but it’s largely expected to be one of the most lucrative sporting events in history.

Rumors of the potential fight have been seen on TV, read online and heard on the radio for over a year. And the latest development is yet another chapter in the build-up of the historic fight.

The realization that the fight could actually happen was in November, when McGregor won another UFC title at Madison Square Garden in New York.

He returned to MSG in March during a boxing card to sing his own praises and tout his ability with a pair of boxing gloves on his fists.

Mayweather is 49-0 in his boxing career, winning 26 fights by knockout. McGregor, on the other hand, has never boxed professionally.

But the Irish fighter, who’s known for his quick jabs, has a solid MMA career. He’s 21-3 so far in his career and holds the record for the fastest knockout in UFC title fight history. He knocked out Jose Aldo in just 13 seconds to win the UFC Featherweight Championship. He also holds the UFC Lightweight Championship, becoming the first UFC fighter ever to carry two separate belts from different weight classes at the same time. 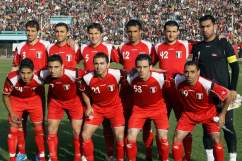