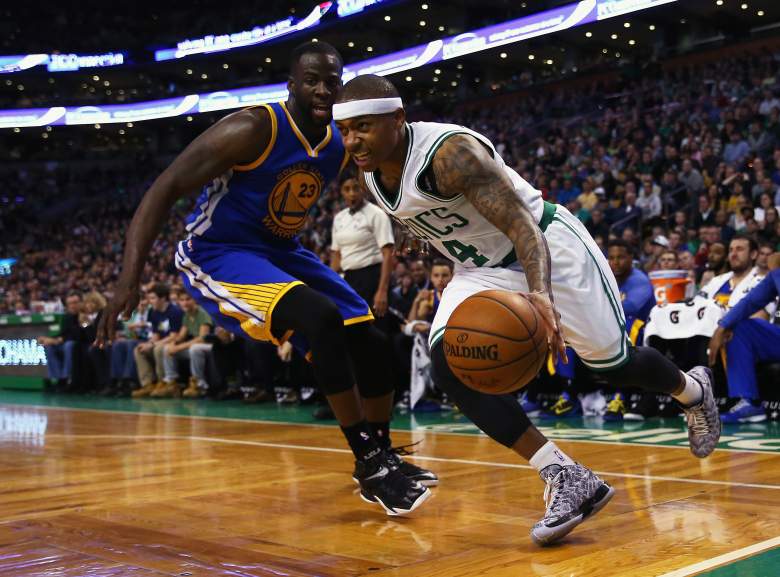 The two may not meet in the NBA Finals but there appears to be some bad brewing between the Golden State Warriors and Boston Celtics.

“It’s a joke that he said that,” Thomas told reporters after shootaround on Tuesday.

Isaiah Thomas responding to Draymond's comments on Olynyk: "I don’t know how he can call anybody dirty. … It’s a joke that he said that." pic.twitter.com/D2klo8IuSM

Thomas may have been referring to Green’s propensity to “kick” other players as evidenced by his behavior in last year’s playoffs.

Of course, Green was infamously suspended for Game 5 of the NBA Finals with his team up 3-1 over the Cleveland Cavaliers. The suspension came after a series of incidents — including a kick beneath the belt to the Thunder’s Steven Adams during the Western Conference finals, as well as appearing to hit the Cavaliers LeBron James in the groin during Game 4.

Meanwhile, Green took issue with Olynyk — who was shoved to the ground by the Wizards Kelly Oubre Jr. in Game 3 after he leveled Oubre with a hard screen. 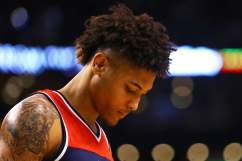 Olynyk was not penalized for the screen at all, while Oubre was forced to sit out Game 4 of his team’s series with the Celtics after retaliating.

“I don’t respect guys like that. I know he’s not the greatest basketball player of all time, so maybe he feel like he got to do that, but you don’t have to do that. Just dirty. I don’t respect that, man. He’s dirty,” Green said on the podcast.

Olynyk was responsible for pulling the left arm of Cavaliers forward Kevin Love during the 2015 playoffs, causing Love to dislocate his shoulder and undergo season-ending surgery.

Green — whose Warriors are awaiting the winner of the San Antonio/Houston series after sweeping the Utah Jazz in the second round — got wind of Thomas’ comments and responded via Twitter:

Just get through that series bro….

Thomas’ Celtics are tied 2-2 with the Wizards. The winner of that series meets the defending champion Cavaliers.