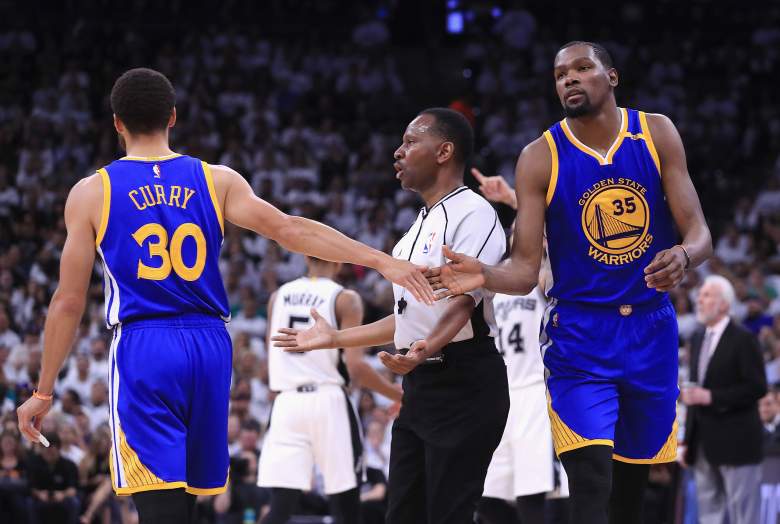 Steph Curry and Kevin Durant can send their Warriors to the NBA Finals for a third straight season with a win tonight over San Antonio. (Getty)

Looking for a live stream of Game 4 of the Western Conference Finals between the Golden State Warriors and San Antonio Spurs on Monday? There are a couple different ways to watch, even if you don’t have a cable subscription.

The game is scheduled to start at 9:00 p.m. ET and will be broadcast nationally on ESPN. The Warriors have won their first 11 games of this postseason in relatively easy fashion — including the first three of this series. And while the the Spurs will be without their MVP-candidate Kawhi Leonard for a third straight game, one can’t expect a Gregg Popovich-coached Spurs team to go down without a fight.

The easiest way to watch the game is via WatchESPN.com. If you choose the option that says “Golden State Warriors vs. San Antonio Spurs (Western Conference Finals, Game 4)” on ESPN 3, you only have to be logged into your internet provider — rather than a pay TV provider — to watch a live stream. 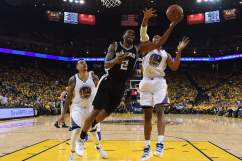