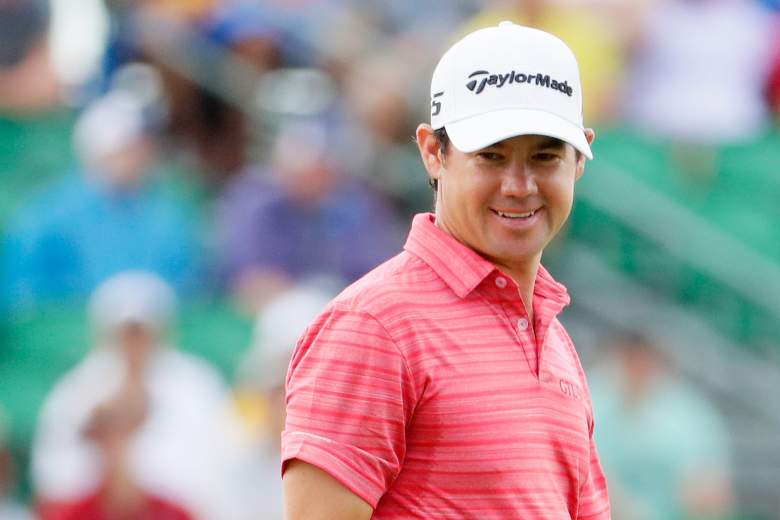 Brian Harman was the leader going into Sunday’s final round of the U.S. Open. The 5-foot, 7-inch, 150-pound golf pro was averaging 295 yards off the tee, putting him in prime position on top of the leaderboard this weekend.

Harman was born in Georgia on January 19, 1987. He has enjoyed playing golf since he was very young. He was on the golf team at the University of Georgia. He graduated with a degree in finance in 2009, the same year that he became a professional golfer.

1. Harman Was an Underdog at the U.S. Open 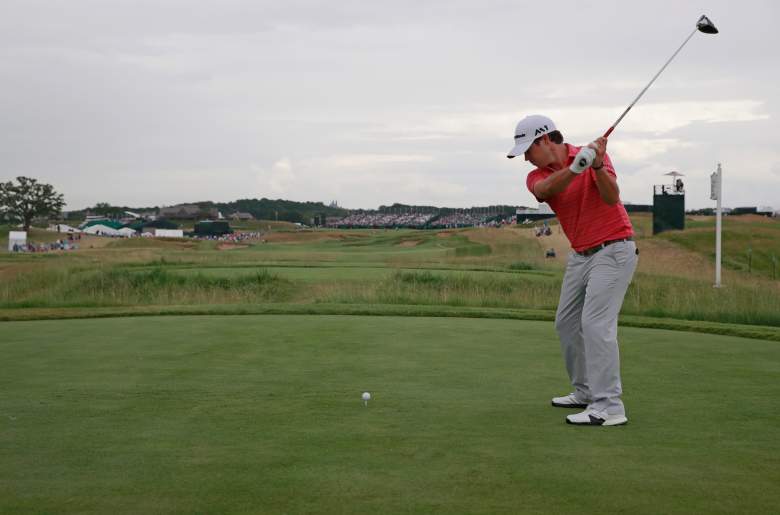 Despite Sunday’s lead, Harman was considered an underdog at the U.S. Open played at Erin Hills in Erin, Wisconsin, this weekend. On Saturday, CBS Sports had Harman’s odds of winning at 15 percent. Bovada has Harman’s odds set at 5/1.

According to Golf Digest, Harman was hitting 88 percent of his fairways.

Fans of Harman know that he’s been playing with a bit of a chip on his shoulder, something that he says stems back to when his dad dropped him off at football practice and told him “not to be disappointed if [he] didn’t get to play at all.” He went out there and showed his dad, however. “I played a lot,” he said. He is looking at the U.S. Open in much the same way.

The video below shows an interview that Harman did after Saturday’s round.

2. Harman Won the Wells Fargo Championship in May 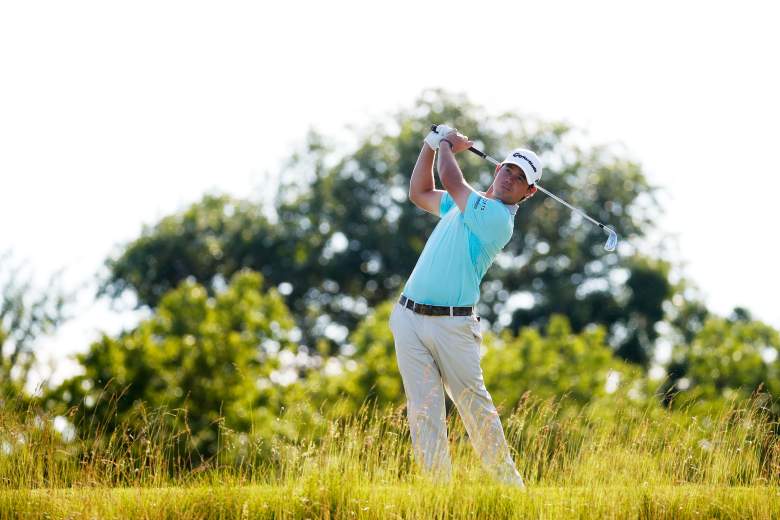 In 2010, Harman won his first pro tournament; the 2010 Manor Classic. He qualified for the U.S. Open in 2012. Two years later, Harman won his very first PGA Tour title at the John Deere Classic.

On August 30, 2015, Harman earned himself a spot on a pretty exclusive list. He was at The Barclays at Plainfield Country Club in Edison, New Jersey, when he sunk two holes-in-one in the same round. He is the third player in PGA Tour history to have ever done so.

There have been approx. 1 million @PGATOUR rounds played over last 75 years. Only 3 of them had multiple aces (@harmanbrian did it today).

On May 7, 2017, Harman won his second PGA Tour tournament at the Wells Fargo Championship held at Eagle Point Golf Club in Wilmington, North Carolina. You can watch his No. 18 birdie in the video below.

3. Harman Is Married to Kelly Van Slyke & They Have 1 Child Together

In December 2014, Harman married Van Slyke, a former radiation therapist at the UC San Diego Radiation Oncology Center. Harman proposed to Van Slyke just eight months prior while the two were out hunting turkeys. The couple was planning to get married in November of that year, but moved their wedding date to December because of the Georgia-Auburn football game slated for the Saturday they had originally chosen.

“I told her people won’t come to our wedding. If you want all the people that we like to come don’t do it on a Georgia football weekend,” Harman said.

Everything worked out perfectly, however. Harman and Slyke ended up tying the knot on December 13, 2014, giving them the highly sought after date of 12/13/14.

“The date just turned out goofy like that,” Harmon previously said.

On June 8, 2016, the Harmans welcomed their first child, daughter Cooper Marie Harman, into the world.

4. Everyone Wants to Know ‘What’s in the Bag’ 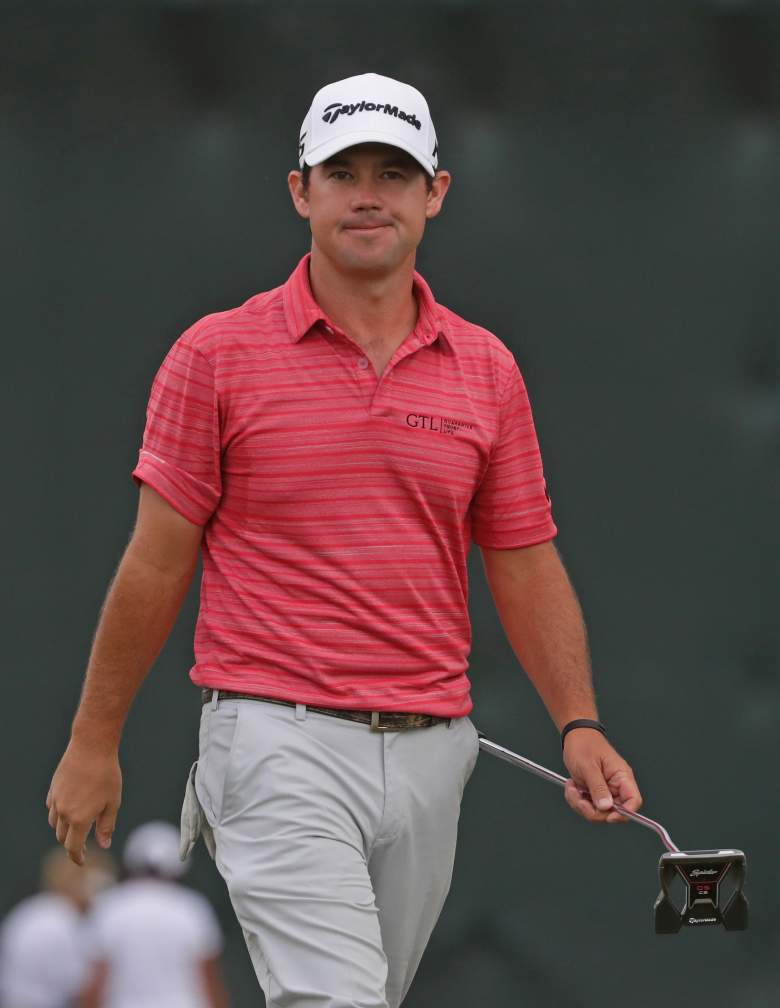 If you search for information on Harman, you’re probably going to get some results about “what’s in the bag.” According to Golf WRX, Harman is carrying the following equipment at the 2017 U.S. Open.

His driver is a TaylorMade M2 2017 (9.5 degrees) with an Aldila Rogue Silver 60S Limited Edition shaft.

He has three woods that are all TaylorMade M2 2017 (15 degrees). The shafts on these woods are all Fujikura Speeder 661X Evolution IIs.

He uses a TaylorMade Spider OS CB putter and his golf ball of choice is the Titleist Pro V1.

5. Harman Has Earned Over $6 Million in His Career 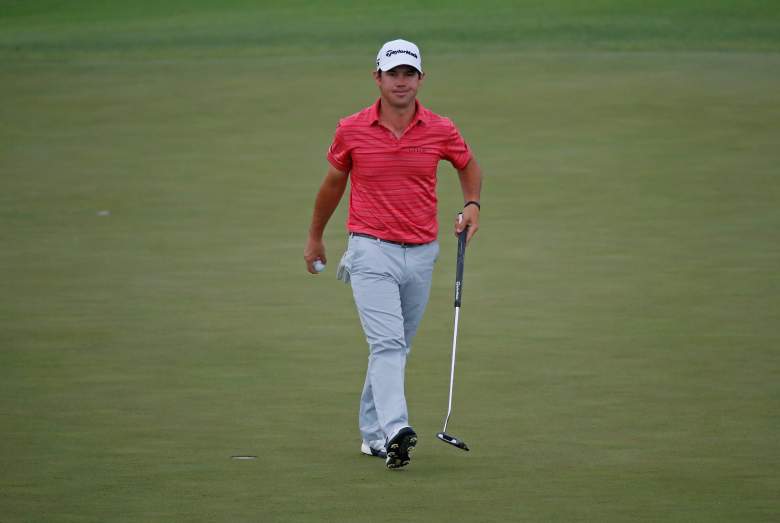 According to Golf Prize Money & Career Earnings, Harman has earned over $6 million over the past eight years. Those earnings put him at no. 227 on the PGA Career Earnings List.