Brian Harman is in the midst of making a push for his first major event victory at the 2017 U.S. Open. While the 30-year-old finds his name at the top of the leaderboard, he’ll have his work cut out for him against some elite competition.

Harman has plenty working in his favor over the first three days at Erin Hills, but the fact that he has an experienced and talented caddie is also a major benefit. His current caddie is Scott Tway, who has plenty of ties to PGA Tour golf and certainly knows his way around a course. 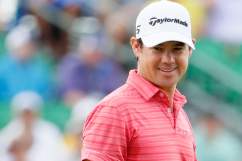 1. Tway Once Had to Be Replaced as Caddie by a Fan

Sometimes, there’s just nothing you can do to beat an illness, and Tway learned that the hard way. As PGATour.com explained, a medic had to be called over during the first round of the 2014 John Deere Classic to tend to Tway. Unfortunately, he couldn’t continue on, and Harman said that his caddie tried hard to battle through it.

Harman said Tway tried to battle through despite his long night, but early in the round, “Scott wasn’t looking good. He is tough as nails but I looked in his eyes and he didn’t look good. So I called a medic over.”

He was replaced by a local high school softball and basketball coach in Jay Hatch. Harman wound up shooting an eight-under in that first round, but Hatch refused to take any credit for it.

“I didn’t have anything to do with that. He only hit one bad shot that I saw.”

Credit to Tway for trying to battle through and Hatch for stepping up to help.

2. He’s a Fan of Many Different Sports

Apparently, Tway doesn’t seem to be one of those people who just locks in on golf and relaxes when he’s away from the game. Based on his Twitter, Tway enjoys UFC (as seen in the photo above), as well as football and baseball. He first took in a Jacksonville Jaguars game years ago, joking that he was “boycotting Blaine Gabbert” before that.

@TwayScott at my first Jag game of the year. Was boycotting Blaine Gabbert. Now that he's on the IR I'll support. pic.twitter.com/MTORp9nZ

He was also at an Atlanta Braves baseball game, where he ran into country singer Kenny Chesney.

Sat next to Kenny Chesney at Braves game! pic.twitter.com/Ugy0ks0gLL

Tway doesn’t seem to have many limitations when it comes to his love of sports.

Not only has Tway’s brother Bob won a major, but he also has put together an impressive resume throughout his professional golf career. His major victory came at the 1986 PGA Championship. He also had a third-place finish at the 1998 U.S. Open, a T5 finish at The Open Championship in 1991 and T8 at the Masters in 1986.

According to his official PGA Tour page, Bob has eight victories on the tour and his career high FedExCup rank was 135th. He’s put together an impressive 103 career top-10 finishes, 10 third place finishes and 11 second place finishes.

4. Tway Caddied for His Brother, Scott Verplank and Chris Kirk

While Tway has caddied for both Verplank and the well-known Kirk, he also caddied for his brother Bob as well, all at different points during his 25-year career, according to The Association of Professional Tour Caddies. Tway pointed to his greatest memory as a caddie being in 1995 at the Heritage Classic, which was his first victory on bag with his brother.

After witnessing a few big victories as a caddie, Tway is now on the bag for Harman, who’s making his push for a U.S. Open victory.

5. His Nephew, Kevin, Is a Professional Golfer

Golf seems to run in the veins of the Tway family, as Bob’s son Kevin is also a professional golfer. The PGA Tour’s official site broke down how Kevin is following in his father’s footsteps. While they are some big shoes to fill, the younger Tway has embraced the success of his father, and even says it’s been helpful.

“I’ve embraced it,” Kevin said of his father’s success. “It’s a big help. He’s been doing what I want to do for like 30 years. He has a lot of experience. I look at it as a positive. I guess there’s a little bit more pressure, but I don’t try to make it a burden.”

While Tway, who’s only 28, has yet to win a PGA Tour event, he’s posted three top-10 finishes with two third place finishes. His career-high FedExCup rank is 177 and his best 2017 results feature a T3 at the Valero Texas Open, a third-place finish at the Zurich Classic and T5 at the Wells Fargo Championship. 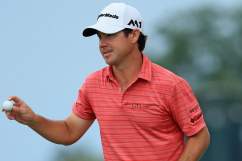