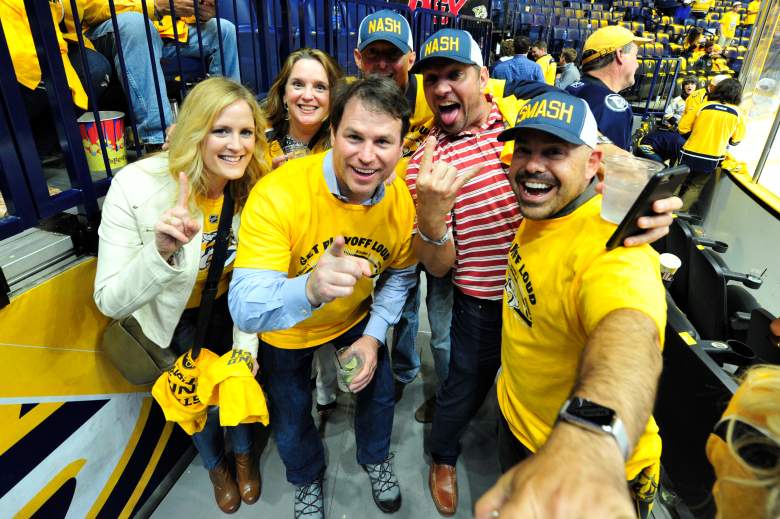 Fans looking to take in a live Stanley Cup Playoff game between the Nashville Predators and the Pittsburgh Penguins are paying thousands of dollars to do so.

Ticket prices have been soaring this week, as the excitement of the hockey world rises at the prospect of crowning a new champion. The Penguins are looking to repeat, winning the Stanley Cup in back-to-back years, while the Predators are seeking their first championship in franchise history. 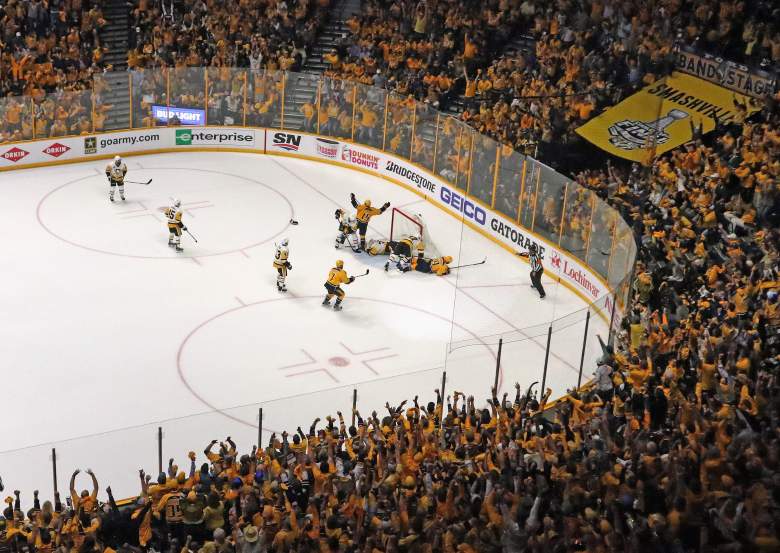 According to CBS Sports, Predators tickets are not only out-pricing Penguins tickets, but they are also out-pricing tickets of both teams playing in the NBA Finals. The average cost of a ticket to attend a Stanley Cup Finals game in Nashville is $2,554.

“Of the NBA Finals and Stanley Cup Final, the Predators currently have the hottest ticket of all four competing teams — the lone team that did not participate in last year’s Final — with an average ticket price of $2,554. The Penguins, on the other hand, have the cheapest average ticket at $1,270, with tonight’s Game 2 the least expensive ticket of the Stanley Cup Final, averaging $473.15. The Golden State Warriors have the second hottest ticket at $2,472, followed by the Cleveland Cavaliers at $1,531,” TickPick reports. 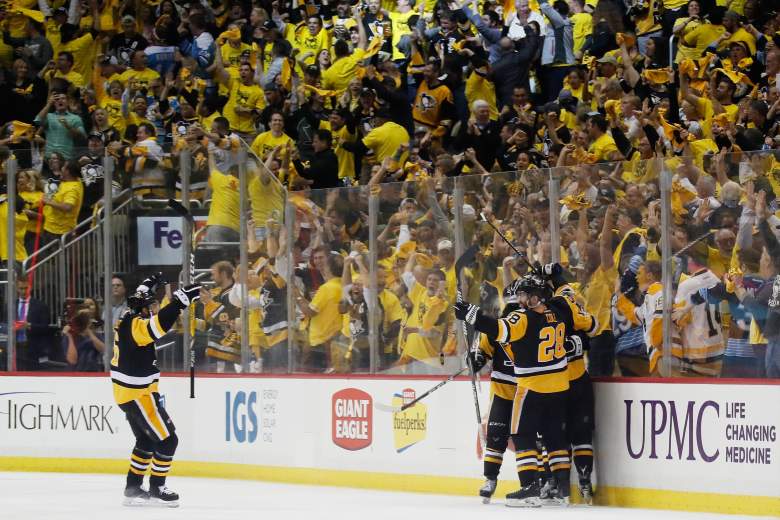 “We’ve been preaching as long as I’ve been here, at least, that our season ticket holders will always enjoy first rights and the greatest savings,” Predators CEO Sean Henry told The Tennessean before Game 1.

3. Resale Tickets Are Available For Purchase on Sites Like StubHub 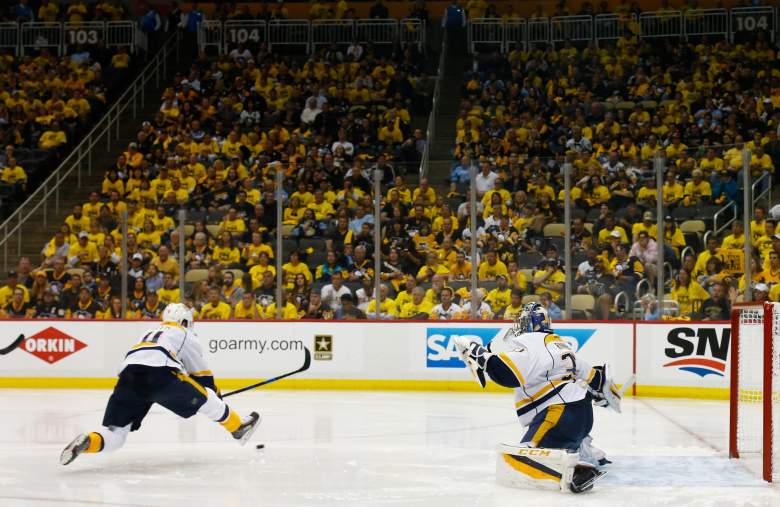 Before the games even started, resale sites were seeing a number of tickets listed by people trying to make a few bucks on the biggest hockey tickets of the season. According to The Tennessean, some Predators tickets were being sold for $7,800 each at that time. Those seats were located at center ice, second row. Other tickets located higher up in the “nosebleeds” were reselling for $825 a piece.

In Game 3 on June 3, three front row tickets at Bridgestone Arena sold on StubHub for just under $28,000.

Someone just bought 3 tickets behind the Predators bench to Game 6 in Nashville on StubHub for $30,202, including fees.

“What we’ve seen thus far with the pricing in Nashville is astronomical. This is the first championship level event in the history of the city. There is a lot to be said for that,” explained Sean Pate of Gametime.

4. Prices to Park Are Also Sky-High 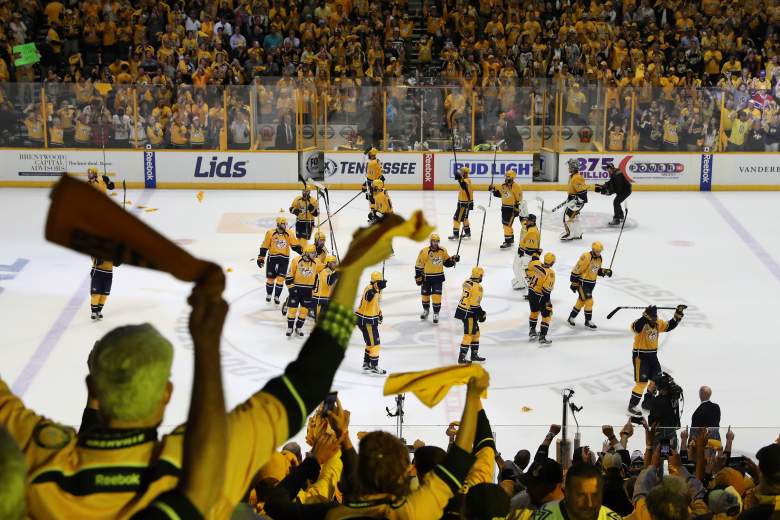 Once you have secured your tickets to the game, parking is your next hurdle. In downtown Nashville, hockey fans saw a significant increase in the price of parking. Many lots are charging $80 to park a vehicle until 3 a.m.

“Sadly you can’t stop [greed]. It’s disappointing on every level I make no bones about it, I hope people would make a little more money but $80 is ridiculous and I can only apologize for it, like I said it’s disappointing,” Butch Spyridon, President and CEO of the Nashville Convention Visitors Corporation told Fox 17 Nashville.

The price-gouging has at least one company trying to help people out. Premiere Parking had been offering parking for $10 at some of their locations, according to their Twitter account.

StubHub has parking passes available for Game 5 in Pittsburgh, listed at $80.

5. Several Men Have Been Arrested & Charged For Scalping

The Predators & the Penguins are playing for the Stanley Cup. Scalpers are playing on your emotions. https://t.co/pEq8LL1frt pic.twitter.com/s1t4KTN3oK

It seems as though everyone is trying to make some money off of these hot-selling tickets and some people are trying to do so by duping the public. According to the New York Post, four men from New York were recently arrested in Steel City, all accused of selling fake playoff tickets at a significant mark-up.

Taylor Williams, 28, Juan Ramirez, 19, Shawn Stewart, 18, and Gerald Vailes, 45, had been running an elaborate money-making scam. They were charged with forgery, theft by deception, and trademark counterfeiting, according to police. The men sold 50 tickets as part of their scam.

In Nashville, similar arrests were made. Three men were charged after scalping tickets ahead of Game 3.

“Affidavits say police arrested a 32-year-old for selling fraudulent and forged tickets to the final. Detectives saw him holding a sign advertising tickets in connection to another man selling fake stubs outside of the Hilton. Police witnessed a transaction and found more counterfeits in the suspect’s sock. Court documents show: another arrest happened after a 39-year-old tried to sell 4 Preds tickets for $800 bucks each,” Fox 17 Nashville reports. 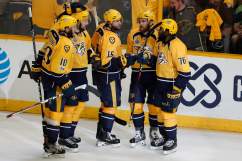