JUST IN: Kent State freshman football player Tyler Heintz died today after a morning practice. He had only been on campus a few days. @wkyc pic.twitter.com/XZrm2fbeQb

Kent State freshman Tyler Heintz has died. According to the Record Courier, Heintz died following a workout with the Kent State football team on Tuesday. He was 19.

Record Courier reports that a cause of death has yet to be determined, and that Heintz will subsequently undergo an autopsy on Wednesday, June 14th. He is survived by his parents Michelle and Chris Heintz, and his siblings Elizabeth, Danielle, and Zack.

To learn more about the college freshman and the details surrounding his mysterious death, here are five fast facts you need to know.

Heintz was part of the Golden Flashes’ signing class of 2017, which handed out 22 scholarships to 19 high school seniors and two juniors from around the country. Heintz hailed from Kenton, Ohio, where he attended Kenton High School at and played offensive tackle on their football team.

According to ESPN, Heintz signed with Kent State in February of 2017, and was planning on studying marketing and entrepreneurship at Kent State’s college of business administration.

He arrived on campus for the first time this week, where and the other freshman were said to be taking summer classes and getting an early start on practices. Tuesday was the second official day of summer workouts for the Golden Flashes.

2. He Was Unresponsive When Paramedics Found Him

Record Courier reports that Heintz had been participating in football conditioning at Dix Stadium on Tuesday morning, when he suddenly collapsed sometime around 9:00 a.m. Firefighters were immediately called to Dix Stadium and found Heintz unresponsive when they arrived at 9:18 a.m.

He was rushed to the hospital, where the Record Courier reports the physicians worked on him for roughly two hours “without success.” He was officially pronounced dead at 11:34 a.m.

According to Cleveland.com, off-season football workouts are “only lightly supervised, are held without pads, directed by upperclassmen, and per NCAA rules have limited coaching supervision.”

Though Heintz’s death occurred early Tuesday morning, Kent State did not release their official statement of confirmation until 9:30 p.m. It was released on their team website, and you can read the statement in its entirety below:

Today, the Kent State University family mourns the tragic loss of one of our student-athletes, freshman football player Tyler Heintz. Tyler was transported to a local hospital by paramedics this morning following football conditioning drills at Dix Stadium. The cause of death is not yet known.

Tyler was from Kenton, Ohio, and planned to study marketing and entrepreneurship in the College of Business Administration. Tyler was recruited as a rising star on our offensive line.

Our heartfelt thoughts and prayers are with Tyler’s family and friends, as well as Coach Haynes and the team, our athletics staff and our student-athletes.

Heintz is the second Kent State football player to pass away in recent years. In August 2014, offensive lineman Jason Bitsko was found dead in his off-campus apartment. An autopsy later revealed that Bitsko died of an enlarged heart which triggered an arrhythmia. To learn more about Bitsko, click here.

4. A Cause of Death Has Yet to Be Determined

The cause of Heintz’s death is currently unknown. Dr. Dean DePerro, the physician who attempted to save Heintz, told the Record Courier that his body is being transferred to the Cuyahoga County Medical Examiner’s office, where an autopsy is scheduled to be performed Wednesday.

“The post-mortem is just one piece of the puzzle,” he explained, “That takes time.” Investigators are currently in the process of collecting hospital records, gathering reports of any medical history, and interviewing any players who was with Heintz at the time he collapsed.

DePerro said that given these variables, the conclusion of Heintz’s autopsy could take up to several weeks to determine.

5. Coaches & Players Paid Tribute to Him on Social Media

Extremely sad news. Tyler was a great young man. Prayers ? to the @KentStFootball, Kenton HS Football, and Heintz family on their loss. https://t.co/1N3gewWwXW

Though he was never able to officially suit up with the Golden Flashes, several of Heintz’s peers in college football took to social media to paid tribute to him. “I want to send my condolences to Tyler Heintz’s family and the Kent State football team,” wrote Anthony Christian, who plays for the University of Rhode Island.

“Live it up in Heaven man @TylerHeintz” added Hunter Phillips, who previously attended Kenton High School with Heintz. Other college players like Carter Hall and Deandre Scott voiced their support, and sent prayers to Heintz’s family.

I want to send my condolences to Tyler Heintz's family and the Kent State Football team?

Live it up in heaven man @heintz_tyler ??

Heartbroken parent Ronnie Reed tweeted out “Heartbreaking! Prayers for Heintz family,” while Eric Spicer sent a heartfelt message to his former classmate: “Tyler Heintz was one hell of a kid. I’m blessed to have had him as a friend. Life is way too short. Don’t take it for granted. Love ya, man.”

Tyler Heintz passed away after a Kent State workout today Shocked and bewildered is all we can say. Pray for his family.

Tyler Heintz was one hell of a kid, I'm blessed to have had him as a friend. Life is way too short. Don't take it for granted. Love ya, man.

Heartbreaking! Tyler Heintz one of Ridge and Steve teammates in the North South game passed away. Prayers for Heintz family. Heartbreaking pic.twitter.com/nq15Y4kMmY 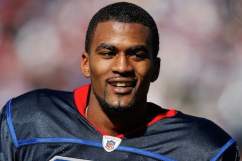