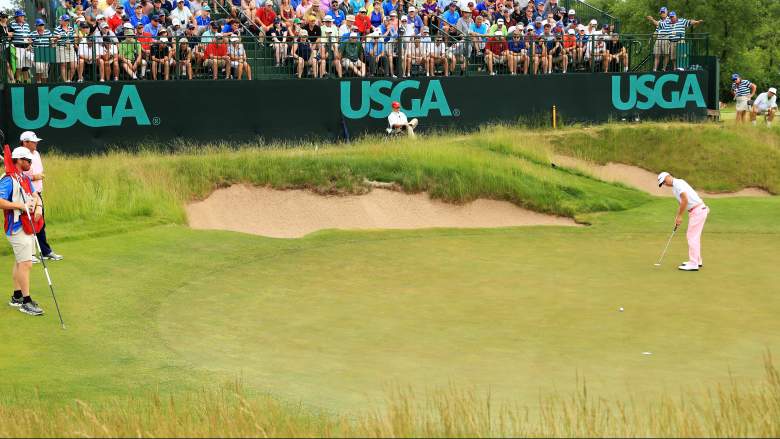 It seems like a good idea to start thinking about the US Open tiebreaker and playoff rules.

Justin Thomas’ record-setting 63 on Saturday put him in terrific position to capture his first major, but it hardly separated him from the pack. Brian Harman was able to move a stroke ahead of Thomas at 12-under, Tommy Fleetwood and Brooks Koepka joined Thomas at 11-under, Rickie Fowler is at 10-under, and several others are within striking distance, especially with all the extremely low numbers being put up.

Put it all together, and we have at nine players within four strokes of the lead heading into Sunday.

So, the playoff format: If two or more players finish 72 holes tied atop the leaderboard, they’ll play another 18 on Monday to decide the winner. If they’re still tied after that, sudden death until there’s one player remaining. The US Open is the only major to still use that format, as the PGA Championship and Masters go straight to sudden death, while the Open Championship uses a four-hole aggregate system.

And we might just be due. The last time a US Open went to a playoff was in 2008, when Tiger Woods beat out Rocco Mediate at Torrey Pines. They both shot an even-par 71, but Eldrick–who was playing with a knee injury that would sideline him for the season two days later–was able to win on the 91st hole.

The 2001 US Open also went to a playoff, with Retief Goosen beating American Mark Brooks by two strokes on Monday.

It looked like we would see Monday golf in 2015 at Chambers Bay until Dustin Johnson’s infamous three-putt on the 72nd hole gave Jordan Spieth the one-stroke victory. Interestingly enough, DJ has had many more triumphs–including the 2016 US Open–than Spieth since that moment.

Ultimately, there are plenty of critics when it comes to the 18-hole playoff, but there’s no doubting the intrigue of 1-on-1 golf for a major championship. At the very least, it’ll give you a reason to extend the weekend. 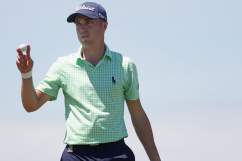 Read More
PGA Tour, US Open Golf
It's a crowded leaderboard at the 2017 US Open. Get prepared for a potential playoff with a rundown of the tiebreaker rules, format and history.