While the Boston Celtics were able to lure All-Star Gordon Hayward away from the Utah Jazz, it now puts the team in a position to seriously contend for the 2018 NBA Championship. The Celtics did earn the No. 1 seed in the Eastern Conference last year heading into the playoffs, but that proved to be irrelevant as LeBron James and the Cleveland Cavaliers essentially rolled through the East.

So now, Hayward is on the roster, but Boston should still be pretty active over the coming weeks. Let’s break down what the signing of Hayward really means for the Celtics in the coming weeks, for the 2017-18 season and even for the long-term outlook of the franchise.

Celtics Must Make a Few Moves Before the Season

As ESPN’s Bobby Marks pointed out, the Celtics can’t just sit with what they have now. Instead, the decision to sign Hayward means that Boston needs to clear up some cap space.

With Gordon Hayward now agreeing to a four-year $127M max contract, Celtics management now has a series of transactions to do in order to create cap space. The Celtics would have to pull the qualifying offer on Kelly Olynyk, renounce free agents Jonas Jerebko, James Young, Gerald Green and waive the contracts of Jordan Mickey and Demetrius Jackson (or trade). The Celtics would be left with $27.6M in room and likely need to move the contract of Jae Crowder, Terry Rozier or Marcus Smart. Trading Rozier would have the Celtics short $1M of a max salary a lot.

Obviously, Boston would surely love to avoid having to move Crowder, Smart or even Rozier for that matter. Rozier is the most likely candidate to be on the way out, but one of those other names could be on the move also. The reason for this comes down more to the fact that the Celtics need to add some depth inside. Aside from Al Horford, and assuming that the team waives Mickey’s contract, they’ll be left with just Ante Zizic and Semi Ojeleye in the front court.

This has led to rumors coming out that the Celtics could be a potential suitor for Memphis Grizzlies big man Marc Gasol via trade. If there were any chance of that happening, though, it would mean that a large number of the players who saw extended playing time last season for Boston could be on their way out. That includes possibly Crowder, Smart, Rozier, or even someone like Avery Bradley.

The Celtics need to add depth up front, as their small-ball roster from last season has gone to another level based on the current roster.

There are a few things that point toward Hayward having immediate success with the Celtics. A few of them are obvious, including the fact that he’ll be back with his college coach in Brad Stevens. Another is that the Celtics need another pure scorer to pair with Thomas, and also the fact that he’ll receive more open looks while playing alongside offensive-minded players like Thomas and even Horford.

But what really stands out about Hayward’s potential with the Celtics is explained in a post written by FiveThirtyEight’s Chris Herring. As he points out, Hayward doesn’t need to dominate the ball to make an impact.

His 27.6 percent usage rate was one of the lowest among players who managed 20 points per game last season.

Hayward gets his offense in other ways. He excels in transition (only Jimmy Butler outscored Hayward’s 1.38 points per transition play, per Synergy Sports4) and figures to have more fast-break opportunities as a Celtic because Boston plays at a much faster pace than Utah, which has finished dead last in tempo each of the past three seasons.

The fact that Boston pushes the tempo is going to benefit Hayward’s game in a big way. Overall, it actually may have been a selling point for him during the team’s recruitment. Herring also pointed out that Hayward draws shooting fouls nearly 23 percent of the time when he cuts to the basket. There really isn’t much about the Celtics that doesn’t fit Hayward’s game, and in turn, his ability to put the ball in the basket and find openings in the defense is going to result in him scoring early, often and with ease.

The Celtics Can Defeat the Cavaliers and Win the East

The Cavaliers struggled at defending two of Boston’s now key positions in 2016-17. Those positions? Point guard and small forward. According to RotoWire, the Cavaliers allowed the seventh-most points per game (23.2) and eighth-most assists per game (nine) to opposing point guards. As Hashtag Basketball showed in their breakdown, Cleveland ranked as the third-worst team against opposing small forwards, allowing 20.9 points and eight rebounds per game.

Thomas and Hayward should both feast in this matchup and assuming their roster is able to stay healthy, they have all the pieces to be able to defeat James and the Cavaliers. While James does take his game to an entirely new level in the playoffs, it’s worth noting that Hayward certainly played a role in helping the Jazz hold opposing small forwards to a league-worst 16.5 points per game last season.

The stars seem to be lining up for the Celtics after the Hayward signing, and his addition seemingly makes this roster one that’s built to contend with the Cavaliers in the East.

If Boston winds up trading for a player like Gasol who’s going to tie up quite a bit of cap space, then that could change this, but otherwise, the moves the Celtics should make are going to leave them with some young talent. That includes the type of young talent that may not cost a ton, such as Jayson Tatum and Jaylen Brown, who aren’t currently breaking the bank, as Spotrac points out.

The Celtics could be on the verge of building their own “Big Three” similar to what the Cavaliers did. It’s going to take some work on the roster, but with RealGM pointing out that Boston still has plenty of incoming draft picks over the next few seasons, their roster could look even more different after the 2017-18 season.

Expecting a roster that’s focused around Thomas, Hayward, and Horford, and then features names like Tatum, Brown and multiple young players would be a smart move for the Celtics. It not only would allow them to keep Thomas, but it also sets them up for immediate success which should continue for many, many years. 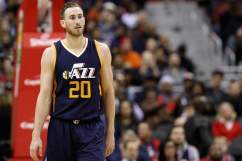 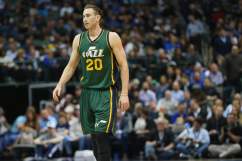