The Los Angeles Dodgers are running away with the NL West title this season thanks to a team built by General Manager Farhan Zaidi.

The 40-year-old Zaidi has always loved the sport, but he didn’t play the sport after high school. After reading Moneyball, the 2003 Michael Lewis book about how Oakland Athletics GM Billy Beane used sabermetrics to put together a winning small-market team, he was inspired to use his skills with analyzing statistics to get a job in baseball. In 2004, he got an entry-level analyst position with the A’s, where he worked for a decade before the Dodgers hired him as their GM.

While Beane’s A’s languish in last place in the AL West, the Dodgers have dominated their division since the season began. Since the Dodgers hired Zaidi after the 2014 season, the franchise’s four-year playoff streak has continued. The 2016 team reached the NLCS, losing to the eventual World Series Champion Chicago Cubs. This year, Zaidi, manager Dave Roberts and President of Baseball Operations Andrew Friedman are hoping to win the Dodgers’ first championship since 1988.

Here’s a look at Zaidi’s life and career.

1. Zaidi Has a Doctorate in Economics From UC Berkeley & Attended MIT

Zaidi was born in Sudbury, Ontario, Canada to a family of Pakistani ancestry. But he was raised in Manila in the Philippines, where his parents moved when he was three years old. While growing up, he loved rooting for the Toronto Blue Jays, but at first he didn’t think he would end up working in the front offices of two storied baseball franchises.

Zaidi first attended the Massachusetts Institute of Technology (MIT), where he focused on finance and development economics. He graduated in 1998 and went to work for the Boston Consulting Group and the Sporting News’ fantasy website. Then, he went to the University of California, Berkeley, where he got a doctorate of philosophy in economics in 2011, notes the Associated Press.

In an interview with Technology Review in 2011, Zaidi said he continued to use Stata, a data analysis software, while he was with the A’s.

“I still use Stata, the statistical program I used as an undergrad,” Zaidi told Technology Review. “We deal with a lot of uncertainty. There’s a lot of value in being able to be decisive… There are good trades, bad trades; there will be times when you come out on the wrong end, but if you have the right process, you’re going to be right more times than you’re wrong.” 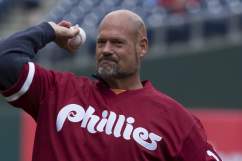 2. Zaidi Was Inspired to Apply for a Job in Baseball After Reading ‘Moneyball’ & Was Hired by the A’s

While studying at UC Berkeley, Zaidi picked up a copy of Moneyball, which made him realize that he could apply his love of numbers to the sport he’s followed since he was a kid. In an interview with the Toronto Star in 2014, Zaidi said he had a “burst of inspiration” after reading the book and started sending his resume to baseball executives mentioned in the book.

“Basically I went after the people in the book,” Zaidi told the Star. “I thought one of them might find me to be a possible candidate.”

At first, no one bit, but then he spotted a job listing. The A’s needed an analyst, so he applied in December 2004 and he got the job. He rose through Billy Beane’s system to become Assistant General Manager before the 2014 season.

In his Star interview, Zaidi said what he has appreciated learning in a decade is how to be humble. He’s realized that no matter how much number-crunching you do behind the scenes, it’s how the players perform on the field that determines where you finish in the standings.

As predictable as we try to make it, as much as we try to understand it, between all the variables involved, between all the personalities involved, you can only know so much. All of these things you can only know to a certain degree, so you can’t get overly dogmatic about everything or think there’s a right answer, because baseball winds up being a game with a lot of grey area. You try to be as good as you can at evaluating players and choosing the right guys and making the right moves when it comes to player transactions or in-game strategy, but the reality is every time you think you have something figured out the game will humble you. That’s an enduring lesson. 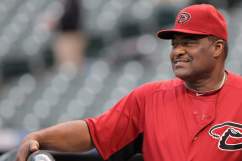 One of Zaidi’s most successful moves in Oakland was the acquisition of Yoenis Cespedes. The A’s signed Cespedes as an unrestricted free agent after his stellar career in Cuba. During his first season with the A’s, the team won the AL West.

“He’s absolutely brilliant,” Beane told SFGate.com in 2014 of Zaidi. “He has a great qualitative mind, but also a creative mind. The ability to look at things both micro and macro is unique, and Farhan could do whatever he wants to do, not just in this game, but in any sport or any business. I’m more worried about losing him to Apple or Google than I am to another team.”

A’s Director of Player Billy Owens told SFGate.com that Zaidi was the “no. 1 person behind how aggressive a bid we made on Yoenis.”

Zaidi also became known as the “tools police” in the A’s clubhouse because he put an emphasis on physical abilities like running, power and throwing. Zaidi said in 2014 that he didn’t want A’s scouts to get too hung up on numbers.

“Farhan is the most vocal supporter of scouting in the room,” Owens told SFGate.com. 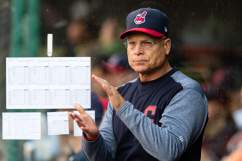 4. Zaidi Is the Only Muslim GM in Baseball & 1 of Only 2 Muslims Ever to Be an Assistant GM

Zaidi is the first and only Muslim General Manager in Major League Baseball today. In fact, he’s one of only two Muslims ever to be an Assistant GM. The other is Chicago Cubs Assistant GM Shiraz Rehman. Zaidi is also the first Muslim GM of any team in the four major North American pro sports.

“I’m a big proponent of diversity in our game,” Zaidi said during his first Dodgers press conference, notes The National. “So from that standpoint, I’m proud of it.”

In a March 2016 interview with the Los Angeles Times, Zaidi said he feared that anger towards Muslims was becoming too mainstream.

“When people generalize or paint the whole religion in a certain way — and you know you’re not like that, your family is not like that, whatever overwhelming percentage majority you want to use of the Muslim Americans in this country are not like that — it’s demoralizing,” Zaidi told the Times. “And that sentiment, for me, is the most troubling thing.”

However, he also said that he tries not to let that get in the way of enjoying life, noting that he has a “perverted form of optimism.”

5. Zaidi Has Three Siblings & Is Married to Lucy Fang

Zaidi is married to Lucy Fang, a fellow MIT graduate. Technology Review notes that they were housemates. She is an architect and product designer.

Zaidi is the son of Sadiq and Anjum Zaidi. His father is a British-educated engineer who left the U.K. for a job at Inco in Sudbury in 1968, notes the Toronto Star. When he was three years old, his parents moved to Manila because of Sadiq’s job with the Asian Development Bank. He is the second of four children, with two brother and a sister.

According to the Los Angeles Times, Zaidi experienced the 1986 revolt against President Ferdinand Marcos. The family was living in a gated community in Manila, although Sadiq’s colleagues suggested they live at a hotel outside the city. When Zaidi was nine years old, the family finally moved outside Manila.

“At one point, there was gunfire, and it really sounded like it was coming from right outside my bedroom,” Zaidi told the Times. “I was so terrified.” Thankfully, the revolt was short and Marcos fled the country.

Zaidi’s father also loved cricket, but he fell in love with baseball instead, playing in Little League. He and his siblings also attended an international school in the Philippines, so they soaked in the different cultures they were exposed to.

“We were sometimes the only Muslims in our group of friends,” his sister, Noor Zaidi, told the Times. “Everybody we spent time with was somebody different, with a different story.”

Zaidi left his family at 17 to attend MIT. When he got his job in the A’s office, he feared his parents wouldn’t approved, but they could tell he had a passion for the work.

This was his passion,” his mother told the Times. “And I feel if you can make a good, honest and honorable living out of your passion, then you are set for life.”