While the 2017 NFL draft featured some intriguing running backs, no one enters the league with quite as much fantasy football hype as Jacksonville Jaguars rusher Leonard Fournette. While Carolina Panthers running back Christian McCaffrey may be a close second, the expectations are high for Fournette entering his first year. But, just like with any rookie, there comes plenty of risk when drafting them in a fantasy football league.

So the question becomes, when should you consider taking the Jaguars young playmaker? Based on pure upside, he’s probably worth being taken above quite a few other running backs. The problem? Well, he’s on a Jaguars team that has a ton of concerns spread across their roster. It starts with quarterback Blake Bortles, who’s had his fair share of struggles, but in the end, Fournette’s fantasy value won’t take too much of a hit from his quarterback’s play.

Let’s take a look at when you should consider targeting Fournette in your fantasy football leagues, but buyer beware, if you want him, you’ll have to spend an early round draft pick on him.

When to Draft Leonard Fournette

The argument could probably be made that if you want him, you’ll have to go even higher than this. But, based on how the board looks and who’ll be available through the early second round, I can’t justify pushing Fournette any higher. While he’s one of the dynasty league fantasy players out there, in a one-year league, there are certainly better running backs on the board.

With that said, there are plenty of positives working in Fournette’s favor. For starters, a team doesn’t draft a running back with the No. 4 pick in the NFL draft to have him sharing carries with another player, even if it’s a highly-paid player, like Chris Ivory.

Ivory is going to get some touches, but the Jaguars have a player capable of dominating if he can get consistency from his offensive line. Fournette rushed for a ridiculous 1,953 yards with 22 touchdowns and 6.5 yards per carry in 2015 for the LSU Tigers. Even though he only played in seven games in 2016, he still averaged 6.5 yards again on the ground and scored eight touchdowns.

As badly as you may want to hope that Fournette lasts until the third round, or even the late second, there’s a pretty good chance that a few people in your fantasy league are in love with Fournette. Therefore, if you want him, you’ll have to pick him higher than I personally want to in a redraft league.

Statistical Predictions for Fournette in 2017

It’s hard to predict that a player who never averaged less than 5.5 yards per carry and was a touchdown machine won’t roll right into the NFL and dominate. While I don’t think he’ll be one of the top-five producing fantasy backs this season, I still see big things in Fournette’s immediate future.

For the first time since 2011, the Jaguars will get a 1,000-yard rusher. The last player to do that in Jacksonville was Maurice Jones-Drew, who rumbled for 1,606 yards that season. It won’t be anything near that number for Fournette, but he’ll still have a big year.

I’m going to give Fournette 1,100 yards and 11 touchdowns, with 20 receptions for 250 yards and two more touchdowns. Obviously, strong production for a rookie back, but it’ll probably place him in DeMarco Murray or Devonta Freeman range from last season, just outside of the top-five scoring running backs. 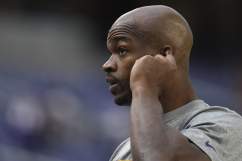 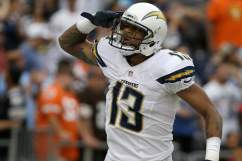 Keenan Allen Fantasy Football 2017: When to Draft the Chargers WR

Read More
Fantasy Football, Football, Jacksonville Jaguars, NFL
Jaguars RB Leonard Fournette is getting a ton of hype in fantasy football leagues. So, when should you consider drafting him?