Matt Moore and his wife Tara.

Ahead of the 2017-18 NFL season, Miami Dolphins backup quarterback Matt Moore may be thrust into the spotlight once again.

With starting quarterback Ryan Tannehill going down with a potentially season-ending knee injury during training camp, there’s potential that Moore will be the starter at quarterback to begin the season. That is, so long as the Dolphins don’t sign anyone, as they’ve been linked to inking free agent Jay Cutler to a deal.

Moore played college football at UCLA and at Oregon State. He was signed by the Dallas Cowboys as an undrafted free agent in 2007, but has primarily been a backup.

After spending time with the Cowboys, Moore signed with the Carolina Panthers and got playing time there. In 2011, he inked a deal with the Dolphins to back up Chad Henne and also graced the starting position. When Tannehill was drafted in 2012, however, Moore was named the back up for him after the two competed during training camp.

Moore has been married to his wife, Tara, for over a decade, and the couple have a family in both the Miami area and in southern California.

Although both of them keep a low profile on social media, the couple seem to enjoy spending time together in the outdoors whenever there’s free time.

Matt and Tara are high school sweethearts and both went to school at William S. Hart High School in Newhall, Santa Clarita, California.

Not only was Moore successful at football, he also played baseball.

Tara and Matt had a budding relationship at the high school and he went on to attend UCLA on a scholarship. However, he lost his starting spot on the Bruins’ roster and subsequently transferred to Oregon State with two years of eligibility remaining. There, he was one of the best quarterbacks in school history. He threw for 5,733 yards, which ranks fifth in school history, to go along with 29 touchdowns in two seasons at the school.

After his senior year at OSU, Moore finally proposed to Tara, and the two got married the next year in 2007.

2. The Couple Have 3 Children Together

Tara and Matt Moore and two of their children.

Tara gave birth to the couple’s first child in 2011, a daughter named Aubrey. Two years later, Tara was pregnant again with another child, this one was a boy named Matt Jr., who was born in November 2013.

Most recently, Tara gave birth to their second son and third child, Wyatt, who was born on December 12, 2016, in the middle of the NFL season.

3. Matt Saw the Birth of Wyatt One Day After Leading the Dolphins to Victory

Matt Moore, his wife Tara and two of their children.

In December 2016, Moore was tasked to lead the Dolphins when Tannehill went down with a season-ending knee injury. In the game against the Arizona Cardinals, Moore was thrust into action and didn’t disappoint. He led his team down the field for a game-winning field goal.

One day later, he was alongside his wife Tara inside the delivery room welcoming Wyatt to the world.

“I was focused on my wife and the baby,” Moore said to reporters after knowing he would be the starter for the rest of the season for the first time in five seasons. “You’re having a kid, it doesn’t happen all the time. So I was wearing that hat at the time.”

Moore said to the Miami Herald that Wyatt was in good health and there were no complications with the labor.

“Obviously, the baby, everybody’s healthy, everybody’s good,” Moore said. “I’m here ready, focused on the Jets. Any time you have a kid it kind of throws a wrench in there.”

“You know what’s amazing?” Christensen said to ESPN. “In fact, I was teasing a couple of the other guys who have pregnant wives. He was no drama. All of a sudden, I saw him at 11 and he had the baby. … There was no drama to it. He just went in, had the baby, back in the office, had his notebook at 11 o’clock.”

Matt Moore, his wife Tara and one of their sons.

In 2014, the Los Angeles Times reported that the Moores bought an estate in Castaic, California for $1.525 million. The house was built in 1991 and was previously owned by actor Mark-Paul Gosselaar. The home is a Victorian-style residence located on a seven-acre piece of land in Hasley Canyon and features a guesthouse, a gazebo, an outdoor kitchen, a fire pit, a pool and a tennis court.

The Times article says that the estate is two stories and 4,530-square feet, including four bedrooms and four bathrooms.

See a photo gallery of the home by clicking here.

5. Moore’s Net Worth Is Estimated at Over $15 Million

While Moore has been a backup quarterback for the majority of his career, he still makes the big bucks for his family. Tara’s profession and salary is currently unknown, but Matt has an estimated net worth of $15.4 million, according to Celebrity Glad.

Being a backup for so long, Moore said to USA Today in 2011 that he didn’t realize he had made it until his family was shopping in a North Carolina mall when he played for the Panthers. He said he and Tara were walking in the mall when a mother and son stopped him for an autograph.

“I didn’t realize it, but we were shopping at the mall and a mom and her son were following us for about 15 minutes,” Moore said to the publication. “My wife, Tara, let me know. I stopped and signed something for the boy.” 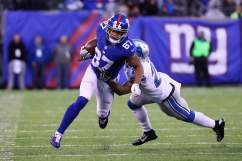