It’s time for some Europa League action and Group H has just what you need. Though Red Star and Arsenal should prove exciting, this early in the tournament, it’s hardly a reason to miss work. Still it will be worth leaving your desk for a time to catch this mid-week bash in Serbia. Arsenal, the favorites, hope to win the match and receive a much needed boost to morale.

Arsenal also hopes to stand strong in European competition. In efforts to silence many of their critics, after last years failings, Arsene Wenger has outlined the importance of the Europa League. There are expectations, there is pressure, but the Gunners hope to push far into the Europa League competition.

Red Star are ready for the upset. Watching Arsenal closely, with their shaky-legged start, in the Barclays Premier League; the Belgrade side are ready to pounce. With a strong team, boasting a traditional eastern European edge to their game, their physicality is their advantage. A stadium that normally holds 8,000 fans, bursting to over 50,000 is another advantage. Everyone cheering for a win and with it Red Star Belgrade hopes to jump above Arsenal in the table.

Arsenal appear in dark uniforms and are hoping to avoid a darkened mood, following the weekend’s loss to Watford. Red Star boasts 5 points in Group H and would jump ahead Arsenal with the 3 point win. Red Star are known for being aggressive, but their start was reactive. Their organization was compact, as if issuing a statement, to Arsenal, saying, “prove you can break us down.”

Arsenal came at the game from a different approach. Arsene Wenger, fielded a team that will have some fans excited and leave some asking for more. With the Arsenal side closely resembling youth-side lineups in the past their may be cause for criticism. Although Arsenal features young, talented players often; this team sheet looks straight from the academy. Leaving millions of dollars, in big name talent, on the bench.

It didn’t help that Arsenal started off slowly. Tentatively passing the ball, hesitant to move forward, and showing only a few bright stars. Jack Wilshere forced the issue early with lots of movement and often coming back to receive the ball. Maitlind-Niles showed amazing pace, balance, and a phenomenal football mind throughout the contest. Although, Theo Walcott was denied by a diving stop by the goalkeeper’s leg; he pushed forward hoping to add to his Europa League goal tally.

It was a series of incomplete passes and disjointed runs that finally led the Red Star team on the offensive. A narrow miss early only encouraged the Serbian team into attack. Alexi Lalas commented on Red Star’s organization saying,”it looks like a forest” and Arsenal lacked the patience to unlock much needed space.

Throughout the first half and into the second, the gunners, were seemingly unable to move past the defensive Red Stars. Growing more tentative in passing and almost giving up a goal in the 53′ with a bad back pass from Mohammed Elneny. This was one of many unforced errors giving spirit to the Red Star Belgrade side.

Red Star Belgrade Down To 10 Men On Soft Call

Despite lineup changes and an influx of youngsters; it was discipline that created the chances for Arsenal. The discipline of Arsenal or rather the lack of discipline of the Red Star’s. Several quick challenges and yellow cards had them harried. Though it was a dubious foul and second yellow that produced a shift in momentum.

Arsenal continued to push forward and Wilshere provided great midfield play. Getting pulled down for a yellow at midfield and dodging a slide tackle for another yellow right outside the 18 yard box. Up steps Giroud and up steps Walcott. Then comes up the 17 year old Wilson to say to both of them, “it’s mine.” Theo’s face was a perfect blend of shock and smiles.

The youngster showed great spirit, something which has been criticized to be missing from Arsenal. Known as a club now who lacks the mental toughness of the past under captains like Patrick Viera. Some doubts showed through from the weekend, but Lalas offered that, “Arsenal’s toughness is a self-fulfilling prophecy and at the first sign [of doubt] it’s blood in the water for opponents.” It will certainly be a talking point in days to come. Also a talking point, Wilson’s verve, but the shot never found its mark.

In recent years, the Europa League games played in Serbia haven’t always gone smoothly. Be it large demonstrations, racism, violence, or banners there have been many incidents, resulting in fines from UEFA. Vacating stadiums for home games and significant financial penalties have been imposed. All of that makes today even more special.

Record breaking crowds as loud as any I’ve heard in the BPL. Positive cheers for their club and limited whistles for opposition. It was a game that was made by the fans even more so than the play on the field. How great to come together and to leave with no incident. It’s not the first time I’ve complimented a fan base and it wont be the last. Usually It’s a compliment to Ireland but I’m happy to see the fans of Red Star Belgrade are of the finest quality. 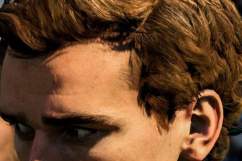 FIFA 18: The Best Young Talent You Need to Have