Japanese figure skater Satoko Miyahara has taken the figure skating world by storm since her breakout at the 2012 World Junior Championships.

The 19-year-old figure skater is vying for her first Olympic appearance in PyeongChang. Here’s more about Miyahara’s skating career and background.

1. Miyahara Was Born in Kyoto, Japan

Miyahara was born on March 26, 1998 in Kyoto, Japan. When she was five years old, she moved with her family to Houston due to her parents’ work as doctors. While living in Texas, Miyahara learned English and also began figure skating.

She returned to her hometown of Kyoto by the age of seven and continued her figure skating training under Mie Hamada.

When she’s not studying or training, she enjoys cooking and reading in her free time.

Miyahara became eligible for junior international competition in the 2011–12 season.

She won a silver medal at her Junior Grand Prix debut in Gdańsk, Poland, and finished fifth at her second event in Milan, Italy. Miyahara went on to capture the Japan junior title and placed sixth on the senior level. She placed fourth at her first World Junior Championships. 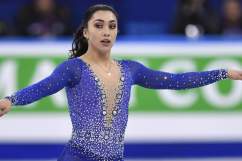 Miyahara began her 2014-15 season with a win at the Lombardia Trophy in Italy. She then proceeded to win two bronze medals at her Grand Prix events, Skate Canada and NHK Trophy in Japan.

At the 2014–15 Japanese Championships, Miyahara placed second in the short and first in the free skate to capture her first senior national title.

Miyahara ranked third in the short, fourth in the free skate, and second overall at the 2015 World Championships, with personal bests in all competition segments.

Miyahara opened the 2015-16 season on the Challenger Series, winning the 2015 U.S. Classic. She went on to capture two medals on the Grand Prix circuit— winning bronze at the 2015 Skate America before winning gold at the 2015 NHK Trophy, defeating three-time World Champion Mao Asada. These results qualified Miyahara for her first senior Grand Prix Final where she went on to win silver in after placing fourth in the short program and second in the free skate with personal bests in the free skate and combined total.

Miyahara claimed her second consecutive Japanese national title, and then won gold at the 2016 Four Continents, achieving personal bests in every portion of the competition. She finished fifth at the 2016 World Championships in Boston, the only event of the season where she did not medal.

She defeated Wakaba Higuchi and Mai Mihara at the Japan Championships to win her third national title.

In the summer of 2014 and 2015, Miyahara traveled to southern California to work with Ilia Kulik, the men’s gold medalist at the Nagano Olympics, to add more power to her jumps.

Strength was an issue for Miyahara, who has a smaller stature than most of her opponents.

“He said to me, ‘Concentrate on your timing and on jumping higher,'” Miyahara told Ice Network. “We worked on the lutz and axel a lot.”

“I feel Japanese skaters lack a bit of power compared to skaters from other countries, so I want to see her (Miyahara) improve on that,” Hamada told the publication. 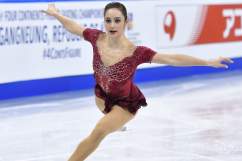