Julian Edelman might not have the height of a normal NFL player, but he’s certainly got the heart and the determination to succeed. As he prepares for Super Bowl LIII, Edelman will have the support of his family, namely his mom, dad, his two siblings, and his daughter (even if she isn’t old enough to understand what’s going on).

The New England Patriots wide receiver has become one of Tom Brady’s favorite targets throughout his career in New England and as he looks to notch another Super Bowl title, Edelman is hoping to give his family something to cheer about.

1. Edelman Credits His Father, Frank, For His Football Success

Ask Edelman who his favorite person in the entire world is and, more likely than not, he’ll respond with a very quick, very simple answer – his father. Frank Edelman has been in his son’s metaphorical corner from the get-go, coaching him on his first football team and celebrating with him on the field after the Patriots’ Super Bowl victory in 2017.

Frank was the first person to introduce Edelman to football and the pair regularly worked through “crazy little drills” when the Patriots star was growing up. In fact, Edelman told Boston.com that his father helped inspire his work-ethic as a pro.

“He showed me work ethic by how much we practiced, but he also led by example — by being a small-business owner, waking up at 5 a.m., getting to the shop, doing what he’s gotta do, and then coming home, working with me, and coaching after-school sports. It’s one of those things where he not only taught me through constant repetition through practice — and as a kid you learn, the more you practice the better you are — but he also showed by example.”

Frank will undoubtedly be in the stands during the Super Bowl, but he doesn’t attend quite as many games now because, as Edelman put it, “he’s so intense about the game and how I’m doing.”

Edelman, who signed a two-year contract extension in 2017, has done his “pops” proud throughout his career and Frank told ESPN he appreciated the opportunity the Patriots had given his son.

“For a time, you’re thinking maybe it won’t happen,” he said. “So it’s always nice when it does, even when you get a feeling that it might have been hard for them to do it.”

2. His Mother, Angie, Was a Stay-at-Home Mom

I’ve been attending @bestbuddies close to a decade and it’s been an unbelievable experience each and every time. This year was even more special because I got to share it with my mama and baby cub. #getemstartedyoung #BestBuddiesChallenge

Edelman comes from a tight-knit family and his mother was one of his first and biggest fans.

“I was a stay-at-home mom. I was the room mother [at school] and I was the team mom for all the sports, for all the kids. I was just always there for them in that way. And, Jules’ fun side is me. His serious side, his work ethic, is his dad and his little lighter side is more me. We had a lot of fun,” Angie told Patriots.com back in 2015.

Angie worked as the “team mom” for every sport her three children played, saying she “was always on a field or a court” and while she might not have had as much of a hand in Edelman’s football talent as his father, the pair were able to bond over something else – cooking. She told the Patriots website that she regularly had snacks ready when her kids got home from school and learning how to maneuver the kitchen.

According to his mom, Edelman’s specialty is crepes, but the wide receiver has been known to go for a good burger.

3. Edelman Is the Middle Child

There’s a reason Edelman is so competitive — he’s a middle child.

Edelman’s older brother, Jason, regularly teased the future NFL star about his height and the pair were athletic rivals while they were growing up. “I think my dad still needs shoulder surgery from all the batting practice he threw us,” Edelman told ESPN.

It wasn’t always a perfect relationship — their mother recounted a roof-jumping incident when the pair were younger – but Edelman and his brother are as close as ever now. He calls to talk football after nearly every game still looking, as Angie told the Patriots website, “to impress his older brother.”

Of course, his younger sister, Nicole, wasn’t left out of the mix either. She also participated in Edelman-family football drills and even helped make sure Edelman was ready to become an NFL-caliber punt returner. So what did she have to do? Nicole was tasked with distracting her brother while their dad punted footballs off the top of the high school press box.

4. He Welcomed Daughter Lily in November 2016

Happy 1st Birthday to my little baby girl. I want you to stay this big ;) stop growing so fast! #dadalovesyou

Edelman became a first-time dad on November 30, 2016, when he and Swedish model Ella Rose welcomed their daughter, Lily. It wasn’t a picture-perfect start for Edelman and his daughter, however, as TMZ reported that Rose filed paternity documents in L.A. County Superior Court naming him as the father of her unborn child.

The two, reportedly, had a casual relationship for nearly two years.

It didn’t take long for Edelman to be wrapped around his daughter’s finger, though, posting on Instagram just days after she was born with the caption “#wcw of all time, happy to welcome a new squirrel to the tree, my baby girl lily #proud.”

He consistently shares photos of his little girl, who lives in California with her mom but spends time in Massachusetts with her dad from time to time as well. Edelman has the help of his mom when Lily is in town. 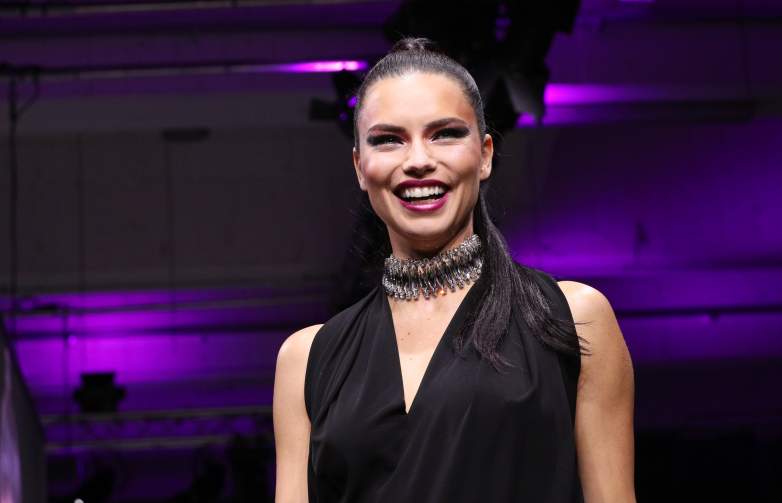 ‌Edelman hasn’t had too many off-field romances, but he was most recently linked to supermodel Adriana Lima. The pair, who weren’t often spotted in public, reportedly split up in March of 2017. The two dated for about a year, after first being seen together at Straight Wharf seafood restaurant in Nantucket, Massachusetts.

Although their relationship was, mostly, kept under the radar, the breakup was a bit controversial. People Magazine reported that the Lima was spotted with New York Mets pitcher Matt Harvey only a few weeks after word broke of her split with Edelman. The two were spotted together at the Andre Berto-Shawn Porter boxing match in Brooklyn in April 2017.

Lima wasn’t the first high-profile name Edelman has been linked to. In fact, you may have heard of his first girlfriend’s dad, Jerry Rice. That’s right, Edelman’s first foray into the world of romance was high-school girlfriend Jaqui Rice who lived up the street from him when he was a kid.

READ NEXT: Who Is the Mother of Julian Edelman’s Daughter?