Kevin Youkilis, far left, with the Brady family. He is married to Tom Brady’s sister, Julie.

Kevin Youkilis, a two-time World Series champion with the Boston Red Sox, is Tom Brady’s brother-in-law. Youkilis, 38, has been married to Brady’s 43-year-old sister, Julie, since 2012.

Here’s what you need to know about Kevin Youkilis and his ties to the Brady family:

1. Brady Told His Sister to ‘Move as Slow as Molasses’ When She First Started Dating Youkilis

Kevin Youkilis and Julie Brady began dating in 2011, shortly after his first marriage, with Enza Sambataro, ended in 2010. They met at a fundraiser organized by her younger sister, Nancy. Youkilis was there to support his friend, comedian Mike O’Malley, who was the emcee for the event, according to the New York Post.

“Kevin reminded me about the first time we met. And how he was intimidated to ask for my phone number because he didn’t want to step on any toes with Tommy,” Julie Brady told The Post in 2013. “Even though [Tom and Kevin] lived in the same city, the two of them didn’t really know one another. There was definitely a mutual respect for each other, as professional athletes, but Tommy advised me to take it very slow.”

She told the YES Network in 2013, “You know, he (Kevin) was living in Boston at the time I was in California (when they started dating). It was really slow. I think we became really good friends because all we had was the long distance. I had told him (Tom), ‘I think I may go see him (Youkilis),’ and he (Tom) goes, ‘If I were you, I’d move as slow as molasses.’ And I go, ‘But Tommy, that means you don’t move at all,’ and he goes, ‘Exactly!'”

Youkilis and Julie Brady were engaged in 2012 and married that same year in a small ceremony on an off day, according to The Post Game. Tom Brady and Gisele Bundchen were among the guests at the ceremony.

“It was just at the house, we had immediate family. It was a great time. It was definitely the greatest off day of my life. It was a lot of fun, the family was great, it was good times. I know there have been some rough times in baseball, but personally I don’t usually talk about this but I thought it was something good and wanted to share,” Youkilis told the local radio station WAAF. He said they planned to have a bigger ceremony at some point. 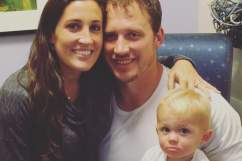 2. Youkilis Retired From Baseball in 2014 & Now Runs a Brew Pub in California

Kevin Youkilis retired from baseball in 2014 after a year playing in Japan. Youkilis played one season with the New York Yankees in 2013 after eight years with the Boston Red Sox. He finished his MLB career with a .281 batting average, 150 home runs, 618 RBIs, three All-Star appearances, a Gold Glove and World Series victories in 2004 and 2007.

Youkilis recently opened a brew pub, Loma Brewing Company, in Los Gatos, California, where he lives with his wife and children. He co-owns the brewery with his brother, Scott Youkilis, who has run multiple restaurants in the San Francisco area. After opening, Youkilis’ new brewery won two gold medals and a silver medal at the 2017 California Commercial Brewery of the Year competition at the state fair.

“I’m not going to lie to you. It was up there with winning the World Series, just the high we had from that,” Youkilis told the San Francisco Chronicle.

These folks are a huge reason for our success. Cheers to #TeamLoma!!! #LomaBrew #squad #craftbeer #repost #thankful

Youkilis didn’t want to put his name on his new business.

“I’m not a Hall of Famer. My name doesn’t travel that much,” he told the newspaper last year. “I felt it didn’t fit right. I wanted an establishment where the beer and food talk for themselves, and not having people come here just because they’re sports fans.”

Youkilis told the Chronicle about replacing the rush of playing in the MLB, “I just know you can never replicate it. I’m not the type of person who wants to replicate it. You hold that feeling in as much as possible and know you’re never going to get it again and accept it. It’s a hard thing, and a lot of guys turn to different vices.”

3. He & Julie Brady, a Former Teacher, Have 2 Sons Together & They Are Raising Her Daughter From a Previous Relationship

Youkilis and Julie Brady have two sons together, Zachary, 5, and Jeremy, 3. They are also raising Julie’s daughter from a previous relationship, Jordan, who is 11.

Julie Brady is a former special education teacher who played soccer at St. Mary’s College in California. Youkilis told the parenting website Hello Parent in 2015 that he would describe his family as “sporty. It seems like my wife and I are constantly cleaning up balls all over the house and yard. My wife played soccer in college at St. Mary’s in California and still to this day plays recreational soccer around the Bay Area. My daughter loves soccer and gymnastics. My 3-year-old has been hitting balls thrown to him since he was 2. We are a family that love sports and is a daily thing in our lives.”

“My beautiful wife Julie is the captain of the ship in our household who keeps us all together with her amazing patience and laid back approach,” he told HelloParent.com in 2015. “Luckily, I have been able to be home a lot to enjoy my kids and see them grow. My relationship with my little ones has grown so much more than it would have if I still played baseball. The amount of time you spend at the field and on the road is really rough on the family life. The hard part for me right now is not having a ‘9-5’ job to keep my mind from racing. Once we open the brewpub, my time will be devoted to work more which will be good for everyone. I will be working all day and then come home to excited children and will appreciate the time even more together.”

Julie Brady is one of Tom’s three older sisters. They grew up in San Mateo, California. She told the New York Post she fell in love with Kevin Youkilis’ shared values and experiences.

“Kevin made me laugh, and that is why I fell in love with him. We were really comfortable together and could talk for a long time. I suppose I understood Kevin’s life as a professional athlete and he understood my family’s life with Tommy being a pro athlete as well,” she told The Post. “Some families are musicians or academics. We loved sports from a young age. Both of my sisters were great athletes and teammates, and obviously Tommy excelled in football, but he was an outstanding baseball player, too. We always thought he would play baseball professionally one day.” 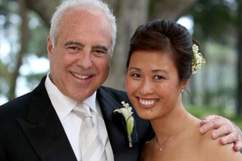 4. Youkilis Came to the Defense of His Niece After a Boston Radio Host Called Her an ‘Annoying Little Pissant’

All cleaned up for @realnickygorgeous and @livmarie217 wedding. So lucky to have this amazing woman by my side through the journey. #gregorianswedding #charlestonsc #nokids #goodtimes

Youkilis tweeted, “As a proud family man, it is taking everything in me to not take the low road today. We will continually take the high road while others feel it necessary to take a swipe at our family. #Karma #Family”

As a proud family man, it is taking everything in me to not take the low road today. We will continually take the high road while others feel it necessary to take a swipe at our family. #Karma #Family

Reimer was suspended indefinitely for the comments.

“Well, I think that — I’ve tried to come on this show for many years and have showed you guys a lot of respect,” Brady said on Monday on WEEI. “I’ve always tried to come on and do a good job for you guys, so it’s very disappointing when you hear that, certainly. But my daughter or any child, they certainly don’t deserve that. I’ll obviously evaluate whether I want to come on this show again, so I really don’t have much to say this morning. So, maybe I’ll speak with you guys some other time.”

5. He Jokes With Brady About Being the ‘Brother He Always Wanted,’ Even If He Didn’t Know It

Youkilis told the YES Network in 2013 that he has a great relationship with Tom Brady.

“Well, I can say I’m his only brother right now, so that’s a cool thing. We always joke about that: the brother you always wanted, and I’m like, ‘I don’t know if you wanted me as a brother, but you didn’t have a choice in this matter now.’ He’s great. It’s pretty fun,” he told YES.

Youkilis has quickly become part of the tight-knit Brady clan. He has been on the field with the family for their pre-Super Bowl photos, and celebrated with his wife and her family after Tom and the Patriots won the Super Bowl last year. 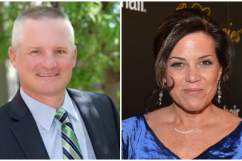