Leslie Odom Jr. delivered a sweet and steady performance of “America the Beautiful” at tonight’s 2018 Super Bowl. He was backed up by young choir members from St. Paul, Minnesota.

According to Playbill, you can already download via a pre-taped recording of “America the Beautiful”, with Leslie Odom Jr., the CMC Choir, and Angelica Cantanti Youth Choirs. Download the song on iTunes by clicking here.

Odom has joined a star-packed lineup of performers for the Super Bowl, with Pink delivering the pre-game performance for “The Star-Spangled Banner”. Unfortunately, Pink has been suffering from the flu, as she reported on her Instagram profile. And, Justin Timberlake is this year’s halftime show performer.

We are getting ready to watch @ajkwailes perform the National Anthem and “America the Beautiful” in ASL at the #SuperBowl!

Alexandria is a talented Deaf actress, director, dancer, & educator. We're thrilled to have her on our https://t.co/hUOhgRwoFD team.#DeafTalent #ASL pic.twitter.com/gY1MO9EESY 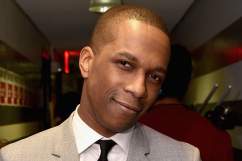 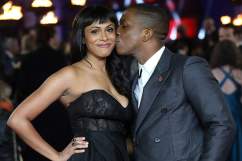 Nicolette Robinson, Leslie Odom Jr.’s Wife: Who Is the Star Married To?