Music legend Prince died at the age of 57 on April 21, 2016, and the world lost one of the greats. At the time of his death, Prince’s publicist told the Associated Press,“It is with profound sadness that I am confirming that the legendary, iconic performer, Prince Rogers Nelson, has died at his Paisely Park residence this morning at the age of 57. There are no further details as to the cause of death at this time.” The Carver County Sheriff’s Office confirmed on Twitter that deputies responded to Prince’s Paisely Park studio and found the singer dead.

The Sun reported that Prince’s body had been dead for six hours before it was found by his drummer Kirk Johnson and his personal assistant Meron Berkure. To view the singer’s official autopsy report, click here. Prince’s body was ultimately cremated.

Over a month after the musician Prince was found dead in an elevator at Paisley Park, law enforcement officials confirmed that he died of an opioid overdose. Emergency responders who performed CPR, were unable to revive the “Purple Rain” singer. TMZ reported that the Midwest Medical Examiner’s Office’s toxicology tests discovered that Prince had used Fentanyl, a synthetic opiate that is even more potent than morphine, which led to his death. The Sun reported that Fentanyl is 50 times more powerful than the drug heroin.

Alex Hahn, a Boston lawyer and co-author of “The Rise of Prince:1958-1988”, has speculated that Prince had a problem with drugs for years. Hahn explained to USA Today, “There is some indication that his addiction went fairly far back, to the mid-1980s and into the late 1990s, but the evidence is ambiguous. It’s an incredibly murky picture. He was a very controlled and focused figure, he kept his cards close to the vest so that’s why we don’t know.” NPR reported that investigators found drugs hidden in several areas of Prince’s residence in Minnesota.

NPR reported that official documents revealed that controlled substances “were not contained in typical prescription pill bottles but rather, were stored in various other containers such as vitamin bottles.” CNN revealed that drugs were hidden in “Bayer” and “Alleve” pill bottles. And, according to Jason Kamerud, the chief sheriff’s deputy in Carver County, the investigation surrounding Prince’s death is still underway. Kamerud revealed that, “The case remains open and is being actively investigated by our detectives and the DEA under the guidance of the U.S. Attorney. At some point, all of the information obtained during the investigation will become public, but I have no idea when that might happen.”

Tonight, the Super Bowl takes place in Prince’s hometown of Minneapolis, Minnesota. Justin Timberlake is taking the stage as the headline performer for the halftime show and TMZ has reported that Timberlake’s set will incorporate a hologram of Prince. The big game begins airing tonight on NBC and halftime always happens after the second quarter, so be sure to tune in. 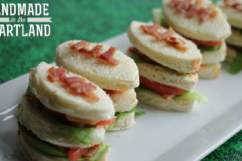