Tony Dungy became the first African American head coach to win a Super Bowl when he brought the Indianapolis Colts to victory in 2007. The 62-year-old spent three years playing in the NFL, for the Pittsburgh Steelers and San Francisco 49ers. After retiring in 2009, he became an analyst on NBC’s Football Night in America, and will lend his expert eye to Super Bowl LII as a commentator.

When he retired, his wife, Lauren, spoke of the adjustment it was for her family to have their patriarch home full time. “We had to transition,” she told the Baptist Press. “I had to realize and remember, ‘Now, OK I’m turning the reins back over, daddy’s home and it’s great to have him; he is the head of the household…I’m used to calling all of the shots and now it’s kind of neat to have Tony there to be supportive, to say he’s [the] father, he’s going to do it. But it was a bit of a transition.”

Learn more about the woman behind Tony’s professional and personal successes.

1. She Met Tony Through Her Pastor

Happy Anniversary to the Dungys! Based on @LaurenDungy's appearance, this must be their tenth. pic.twitter.com/TPO6NPjHax

According to the Pittsburgh Post Gazette, Tony, who was the Steelers’ assistant at the time, met Lauren, a Pennsylvania native, at St. Stephen’s Episcopal Church.

The reverend there, John Guest, introduced the pair after he met the athlete when he gave a speech at church. When the pastor told Lauren about the potential match, she hesitated at first. In her book, she explains:

Turning to face my mom, I said, ‘You’ll never believe why John’s been trying to reach me. He wants to introduce me to a guy—some football player with the Steelers. He’s supposed to be a Christian, but you know I would never go out with an athlete.

The first time they met, Tony came to her family’s house. “I didn’t say much at first, but I felt pretty comfortable right away. Tony was smart and respectful, and he had gorgeous brown eyes. He was not at all how I’d pictured a professional football player and coach. He seemed like a nice person,” she said in her book.

The couple, who are pro-life Christians, has seven boys and three girls, seven of which were adopted.
Their biological children are Tiara, Eric and James. The family met with tragedy when James committed suicide in 2005. Their adopted kids are Jordan, Jade, Justin, Jason, Jalen, Jaden and Jaela.

Adopting children always felt very natural to the couple. In an interview with Orphan Resources, she explains, “Adoption has always been part of my life, From an early age, I saw relatives and family in our church adopt or foster children. Beause our church talked about it, adoption felt natural to Tony and me.”

The Dungy’s matriarch always wanted a big family. “I came from a big family, and being a former school teacher, I always had a love for children,” she told the Tampa Bay Times. “We felt that God had blessed us in so many ways with good health, and with resources that we could have a big family. Adopting children was a way for us to pass on some of those blessings.”

Although she no longer teaches, she is still very much involved in education.
In fact, she’s penned a bunch of children’s books with her husband. You can find them on Amazon.

Still deeply rooted in her faith, she also is a Women’s Bible Study leader at The Central Tampa Baptist Church, works with a youth choir and teaches Sunday school.

4. She Co-Authored a Book With Her Husband on Marriage

In 2014, the happy couple wrote a book entitled, Uncommon Marriage: What We’ve Learned about Lasting Love and Overcoming Life’s Obstacles Together.

In the video interview with Tyndale House Publishers which they did for the book, shown above, she gave one of the tips to their healthy marriage:

You have to have God in the center of your life. We believe that having an uncommon marriage is living your life for the Lord and serving him. There are going to be so many outside influences and factors that will interfere in your marriage, but if Christ remains in the center, you will have success and you will enjoy a lasting, loving marriage.

Tomorrow is the BIG day! #UncommonMarriage releases everywhere books are sold and online! RT if you're ready! pic.twitter.com/hdaCrYw2eq

5. She’s the VP of the Dungy Family Foundation

The pair started their foundation in Florida in 2010. The nonprofit works with Christian organizations, pregnancy care centers, and youth programs in Florida, Minnesota, Pennsylvania and Indiana.

On their website, it details their mission as believing in:

strengthening, sustaining and empowering communities by providing opportunities to those in need. This is done through educational, emotional and/or financial support – and is done in a means to glorify God. 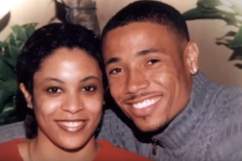