It’s time for USA vs Canada, Installment No. It’s Happened Too Many Times For Anyone to Count. For the 12th year in a row, the gold medal at a major women’s hockey international tournament (Olympics or World Championships) will come down to a matchup between the Americans and Canadians, who meet at the Gangneung Hockey Centre on Wednesday night (Thursday afternoon in Pyeongchang).

In the United States, the game starts Wednesday at 11:10 p.m. ET and will be broadcast on NBC Sports Network. If you don’t have cable or a cable log-in, you can watch a free live stream of NBCSN on your computer, phone or streaming device by signing up for a free trial of one of the following cable-free, live-TV streaming services:

FuboTV: NBCSN is included in the “Fubo Premier” channel package. You can sign up for a free 7-day trial, and you can then watch the game live on your computer via the FuboTV website, or on your phone, tablet or streaming device via the FuboTV app.

DirecTV Now: NBCSN is included in each of DirecTV Now’s four main channel packages. You can sign up for a free 7-day trial no matter what package you choose, plus you can get a free Amazon Fire TV if you prepay two months. Once signed up, you can watch the game live on your computer via the DirecTV Now website, or on your phone, tablet or streaming device via the DirecTV Now app.

Hulu With Live TV: In addition to an extensive Netflix-like on-demand streaming library, Hulu now also offers a bundle of live TV channels, including NBCSN. You can sign up for a free 7-day trial, and you can then watch the game live on your computer via the Hulu website, or on your phone, tablet or streaming device via the Hulu app.

Sling TV: NBCSN is included in the “Sling Blue” channel package. You can sign up for a free 7-day trial, and you can then watch the game live on your computer via the Sling TV website, or on your phone, tablet or streaming device via the Sling TV app.

In addition to being able to watch the NBCSN simulcast via the above streaming services, you can also watch the game live (or a replay of the game if you miss it live) on your computer via NBCOlympics.com, or on your phone, tablet or streaming device via the NBC Sports app. To watch this stream, you’ll have a 30-minute free preview before needing to sign in to your TV provider, but you can use your Hulu, DirecTV Now, FuboTV, or Sling TV credentials to do that.

The rivalry goes back a long time (the USA and Canada women’s hockey teams have met in the gold medal game at all 18 World Championships and four of the five Olympics), but things really escalated in Sochi.

During that 2014 gold medal game, the United States led 2-0 with under four minutes remaining and seemed certain to top the podium at the Olympics for the first time since 1998. But Canada got one back with about 3:30 remaining, and after the USA hit the post on an empty net, the Canadians equalized in the final minute and would go on to win in overtime.

“It’s like having a bad relationship and it going sour. That’s what it is,” said USA forward Hilary Knight, who has twice taken Olympic silver while watching Canada celebrate gold. “It’s always going to be there. It’s innately a part of your fabric. At the same time, it’s motivated me tremendously.

These teams met in group play last week, with Canada securing the 2-1 victory. However, Team USA out-shot their northern neighbors 45-23 in that one, and they’re confident a similar output will yield different results this time around.

“Look at the opportunities we’ve had within a 15-foot radius of the net. I would say 80 percent of our scoring chances have come from that area,” coach Robb Stauber said. “If anyone came and watched our last three or four practices, we’re doing exactly what we think is going to happen in a game. It seems like a decent plan; now we have to execute it.”

The Americans have taken down Canada in four-straight World Championships, as well as seven of the last eight, but the rivalry won’t truly shift in their direction until they can secure Olympic gold. On Wednesday night, we’ll see if they can finally clear that hurdle, or if Canada can win Olympic gold for a fifth-straight time. 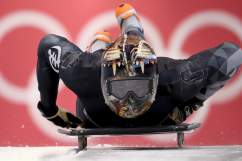