Getty The New England Patriots celebrate with the Vince Lombardi Trophy after defeating the Atlanta Falcons during Super Bowl 51 at NRG Stadium on February 5, 2017 in Houston, Texas. The Patriots defeated the Falcons 34-28 in 2017.

It’s Super Bowl Sunday! Today is the day and it all goes down at US Bank Stadium in Minneapolis, with the Philadelphia Eagles and New England Patriots facing off for the win. Kickoff time for the game is 6:30 p.m. ET, though the Super Bowl broadcast on NBC begins at 6 p.m. ET. And, depending on how the first two quarters of the game go, the halftime show is estimated to begin around 7:30 p.m. – 8:00 p.m. ET. It should end by 8:30 p.m. and be followed by the second half of the game, which will run until approximately 10:00 – 10:30 p.m. ET. Justin Timberlake is the headliner for the Pepsi Super Bowl LII Halftime Show and there have been no announcements in terms of surprise guest performers, so Timberlake could take the stage as a one-man show … with backup dancers of course.

For the National Anthem, singer Pink will take the field and “America the Beautiful” will be performed by Leslie Odom, Jr. NBC Sports has a live stream available for the game, which you can check out by clicking here. If this link is not compatible or does not work for you, there are several free options. If you don’t have cable or can’t get to a TV, you can watch NBC online, on your phone or on another streaming device like an Amazon Fire TV or Roku via one of the following over-the-top, cable-free, live-TV streaming services. They cost a monthly fee but all come with a free trial, so you can watch tonight’s show for free if you’re in a select market:

FuboTV: NBC (live in the most markets) is included in the “Fubo Premier” channel package. You can sign up for a free 7-day trial, and you can then watch on your computer via your browser, or on your tablet or streaming device via the FuboTV app

DirecTV Now: NBC (live in select markets) is included in all four channel packages. You can sign up for a free 7-day trial no matter what package you choose, and you can watch on your computer via your browser, or on your tablet or streaming device via the DirecTV Now app

Sling TV: NBC (live in select markets) is included in the “Sling Blue” channel package. You can sign up for a free 7-day trial, and you can then watch on your computer via your browser, or on your phone, tablet or streaming device via the Sling TV app

According to Entertainment Tonight, Justin Timberlake has been spending 8 – 10 hours a day in rehearsals for the big event. His set will run approximately 13 minutes long and it will feature dance moves created by Timberlake’s dedicated choreographer, Marty Kudelka. Generally, halftime shows run from 12 to 15 minutes in length, according to SB Nation. Previously, Patriots fullback James Develin told SB Nation that each of the players have an extra long intermission when it comes to the Super Bowl halftime, which is longer than most usual games, so they try to make the most of their “break”. Often the players retreat to the locker rooms and coaches may use the time for strategizing.

Pink, who is singing “The Star-Spangled Banner” is a major Philadelphia Eagles fan, so she is sure to be on the edge of her seat during the game. Entertainment Tonight, however, reports that the Patriots are predicted to win. We’ll just have to wait and see what happens. 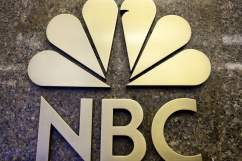 NBC Live Stream: How to Watch Online Without Cable in 2018