Brayden Belden is a surfer from California who is hoping to go pro. He is a fifth-grader at Top of the World Elementary. Brayden is a big brother to two younger sisters, Riley, 9, and Kaley, 5.

Last month, the 11-year-old was vacationing with his parents in Mt. Bachelor, a popular ski area, in Oregon.

On February 20, the family enjoyed some time on the slopes, and Brayden was getting some big air while snowboarding. On his very last jump, Brayden didn’t land properly and ended up suffering a life-threatening injury.

He is still in the hospital and is listed in critical condition.

1. He Was Rushed to St. Charles Hospital & Was Transferred to Randall Children’s Hospital, Where He Remains Today

Brayden’s accident happened suddenly at the very end of his day on the slopes.

“He kept going off these very, very large jumps and just getting more and more confident. It was the last run of the day, and he pushed it. He actually landed, but he caught an edge and hit the back of his head… he went straight back, like whiplash style,” Brayden’s father, Matt Belden told People Magazine.

Matt recalled approaching his son after the fall.

“He was lifeless and he was convulsing. Eyes in the back of the head, shallow breathing. It slowed down too much, so I gave him CPR,” Matt Belden explained.

Emergency personnel arrived and Brayden was airlifted to St. Charles Hospital in Bend. Upon arriving at the hospital, Brayden’s parents, Matt and Denise, were met by a priest. Although the child wasn’t given his last rites, he was in critical condition; doctors told his family that he had a mere two hours to live.

Doctors were able to stabilize Brayden and he was airlifted to Randall Children’s Hospital in Portland. Upon his arrival, he was admitted to the intensive care unit.

Matt told the Los Angeles Times that his son’s helmet very well may be the reason that Brayden is still alive.

He is still in a medically induced coma at the hospital. His family has not posted an update in two days (as of March 8).

2. He Is Expected to Live

Just about a week ago, the Belden family received some good news: Brayden wouldn’t need to undergo a craniectomy, which “is a surgery done to remove a part of your skull in order to relieve pressure in that area when your brain swells.”

While he is still in the hospital, Brayden has made some significant strides and his doctors believe that he will live.

“Brayden took his first big step towards recovery today. His brain pressure monitor was removed. The swelling in his brain has stabilized and Brayden WILL LIVE. We still don’t know our starting point with Brayden. The next step is to slowly bring him out of his medically induced coma over the next week. Thank you so much for all of your support. Your prayers and love our helping our boy fight the battle of his life. Your help has allowed us to focus on Brayden and whatever it takes to get him back,” read an update from Belden’s dad, Matt, on GoFundMe.

Matt also told People Magazine that doctors aren’t sure what condition Brayden will be in — if he does wake up and is able to breathe on his own. There is a possibility that he could be in a “vegetative state,” but Matt told the outlet that it’s simply “too early to know.”

A family friend has set up a GoFundMe in hopes of raising some money to help pay for Brayden’s recovery.

“One of the many obstacles his family faces is the sheer cost of Brayden’s care. The Beldens are looking at over $100k in out-of-pocket expenses for the life flights alone. In addition, Brayden will eventually need to be airlifted to a hospital closer to his home in California, which could double that number. Then there are deductibles, out-of-network-fees, and the cost of food and lodging,” reads an excerpt from the page.

According to the Los Angeles Times, pro-surfer Kelly Slater shared Brayden’s story on his Instagram account, getting the message out about the GoFundMe page, perhaps helping to kick the donations into high gear.

“The level of support has really helped Denise and I,” Matt Belden told The Indy.

The Beldens are hoping to use some of that money to transfer Brayden to a hospital closer to their home.

4. His Dad Taught Him to Surf & He Has Already Competed

Brayden’s dad taught him how to surf when he was 8 years old. He and his dad have enjoyed getting out in the ocean and catching waves together for a few years now, and Brayden’s dream is to become a professional surfer.

Although he’s young, Brayden has already entered in a few surfing competitions — and he has a win under his belt. According to The Indy, Brayden won the under 13 division at the Brooks Street Classic in 2017.

“This morning I woke up really happy even on a Monday! I’m a little sore but it was worth it for sure. Winning Brooks Street has always been a big goal of mine. I want to thank all the boys for each teaching me a little info on Brooks Street,” Brayden posted on Instagram back in October.

According to People Magazine, he also won the Spring Fling Classic, which took place near his hometown of Laguna Beach, California.

In the 2016-2017 surf season, Brayden ranked second in the Explorer Super Groms in the National Scholastic Surfing Association. According to the Los Angeles Times, he’s also a team rider for Vissla.

Had fun up in HB for @nssasurf contests at 9th street. Props to @makaibray1 for taking the win today and to @hudsurf2006 for making back to back finals. @tpattersonsurfboards @merge4socks

“A rough Christmas Day. I messed up my @icecube board and Dad super glued my head. I hit a rock and got held down but opened my eyes and swam up when the clouds were white instead of grey,” Brayden wrote. 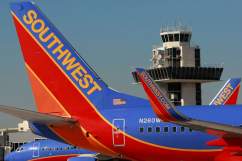